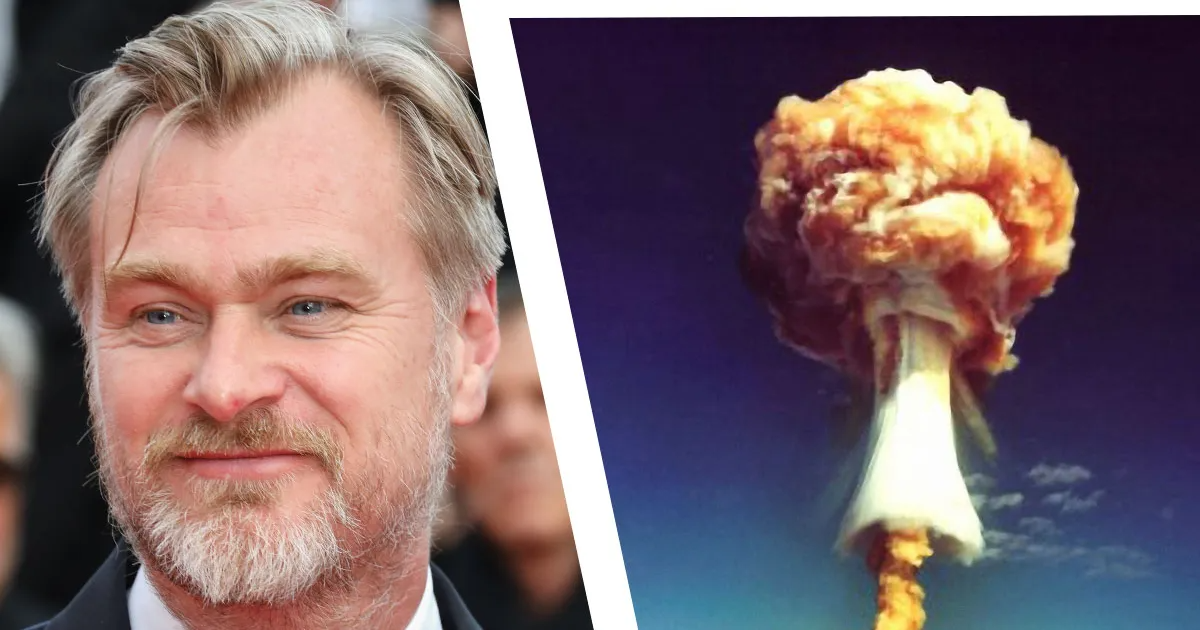 Christopher Nolan is taking practical effects to the next level.

While “Avatar: The Way of Water” director James Cameron is in a race against Marvel movies in terms of VFX digital effects, Nolan opted not to use computer-generated effects for the upcoming atomic bomb origin story “Oppenheimer.” That’s right: Nolan literally blew things up.

“I think recreating the Trinity test [the first nuclear weapon detonation ever] without the use of computer graphics was a huge challenge to take on,” Nolan told Total Film (via Games Radar). “Andrew Jackson — my visual effects supervisor, I got him on board early on — was looking at how we could do a lot of the visual elements of the film practically, from representing quantum dynamics and quantum physics to the Trinity test itself, to recreating, with my team, Los Alamos up on a mesa in New Mexico in extraordinary weather, a lot of which was needed for the film, in terms of the very harsh conditions out there – there were huge practical challenges.”

Known as the “father of the atomic bomb,” J. Robert Oppenheimer was head of the Los Alamos Laboratory and helmed the “Manhattan Project,” which first developed nuclear weapons for World War II. He also supervised the Trinity Test, in which the first atomic bomb was successfully detonated in New Mexico. Cillian Murphy stars as the titular scientist, with Emily Blunt playing his wife, biologist and botanist Katherine “Kitty” Oppenheimer.

Nolan noted that “Oppenheimer” is a “story of immense scope and scale.”

“It’s one of the most challenging projects I’ve ever taken on in terms of the scale of it, and in terms of encountering the breadth of Oppenheimer’s story,” the “Tenet” helmer said. “There were big, logistical challenges, big practical challenges. But I had an extraordinary crew, and they really stepped up. It will be a while before we’re finished. But certainly as I watch the results come in, and as I’m putting the film together, I’m thrilled with what my team has been able to achieve.”

“We challenged the people at Kodak photochem to make this work for us,” Nolan said. “And they stepped up. For the first time ever, we were able to shoot IMAX film in black-and-white. And the results were thrilling and extraordinary. As soon as Hoyte and I saw the first tests come in, we just knew that this was a format that we were immediately in love with.”

“Oppenheimer” was shot on a combination of IMAX 65mm and 65mm large-format film photography including, for the first time ever, sections in IMAX black and white analog photography. This will be Nolan’s 12th feature film and his first with Universal Pictures.

Universal Pictures is set to open “Oppenheimer” in theaters July 21, 2023.

The official poster for “Oppenheimer” was released July 21 unveiling the official tagline: “The world forever changed.” The marketing materials also re-confirms the premiere date of July 21, 2023.

The story of American scientist J. Robert Oppenheimer and his role in the development of the atomic bomb.

Cillian Murphy transformed into physicist J. Robert Oppenheimer in the first look image for the biopic.

Matt Damon, Emily Blunt, and Robert Downey Jr. were each paid $4 million, a fraction of their respective regular salaries, to star in Christopher Nolan’s “Oppenheimer.” The film has an estimated budget of $100 million and with a star-studded cast, not everyone could be getting market price. Yet Downey Jr., Blunt, and Damon all reportedly have backend deals, meaning if the film hits big at the box office, their bank accounts will benefit.

“Oppenheimer” will mark Nolan’s follow-up to “Tenet” and his 12th feature film. Notably, “Oppenheimer” will be the director’s first biographical drama. We’re hesitant to call it a biopic, as nothing Nolan ever does is traditional. The director has flirted with real-world figures in the past (see David Bowie as Tesla in “The Prestige”), but never before has the life of a historical figure been the main narrative drive behind a Nolan project. And yet, the biographical drama genre has been on Nolan’s radar before. After successfully transitioning to studio filmmaking with “Insomnia” in 2002, Nolan began writing a movie about the billionaire tycoon Howard Hughes. Years later, Nolan would tell The Daily Beast that the screenplay was the best script he had ever written.

So what happened? Martin Scorsese, of course. Nolan’s movie found a home at Castle Rock in 2002 with Jim Carrey attached to star as Howard Hughes, but Scorsese and Leonardo DiCaprio’s similarly themed “The Aviator” got a head start on production and a release date, leaving Nolan’s take on Hughes dead in the water. It’s a shame given how excited the filmmaker was about the project; he even called the role of Hughes the part Carrey was “born to play.” Nolan ended up making “Batman Begins” instead. Consider “Oppenheimer” Nolan’s long-intended biographical debut.

Cillian Murphy has been one of Christopher Nolan’s more recurring supporting actors, which is why his move into the lead role for “Oppenheimer” marks such an exciting narrative for fans. Murphy starred as Scarecrow in Nolan’s “The Dark Knight” trilogy (a main role in “Batman Begins” followed by cameo appearances in “The Dark Knight” and “The Dark Knight Rises”) and had important supporting roles in “Inception” and “Dunkirk.” “Oppenheimer” will mark the sixth collaboration between Nolan and Murphy.

“Chris has specific approaches to the work,” Murphy told The Independent about working with Nolan. “Every director is different, but I’ve had the pleasure of working with Chris a few times so you get insight to how he does it. He’s very rigorous and demanding on himself and his crew and his cast. He’s incredibly focused. His vision is so clear and so strong that you feel confident in being part of that. When he pushes it, it feels like a good place to be.”