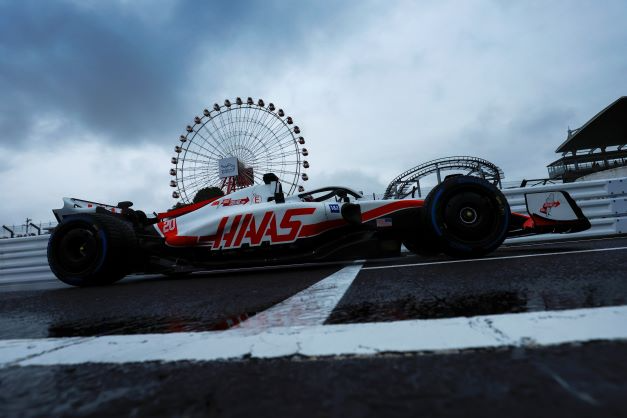 Both sessions were run in wet conditions. Zhou said the track was very “slippery.”

“There are a lot of rivers across the track,” he said. “It made it very difficult on Friday but the car performed very well.”

The Swiss team chose not to equip both cars with the new wing and started the day with the old wing.

“We saved it for tomorrow because of the condition,” Zhou said. “We don’t want to risk anything today. I guess the upgrade will move us forward.”

Zhou, China’s first full-time F1 driver, was handed a fresh deal by Alfa Romeo last week that will keep him on the team for 2023, alongside Valtteri Bottas. He has scored six points and was 18th on the drivers’ standings.

It’s the first time Formula 1 has visited Japan since 2019, after the last two additions were cancelled due to Covid restrictions.

After their double retirement in Singapore, Alpine were keen to have a more fruitful weekend in Japan – and the early signs were positive.

While little can be read into Fernando Alonso’s table-topping time in FP1, as teams kept running to a minimum, the French team were able to quickly find a good car balance in the slippery conditions.

Max Verstappen and Sergio Perez were at pains to say that the two sessions weren’t representative because of the rain, but ask those who crunch numbers in the paddock and they’ll tell you they are still the ones to beat this weekend.

The track layout suits their car and while they will only have one practice session in the dry before qualifying – like everyone else – to get the car into the right window, their advantage here will likely still be enough to keep them in front.