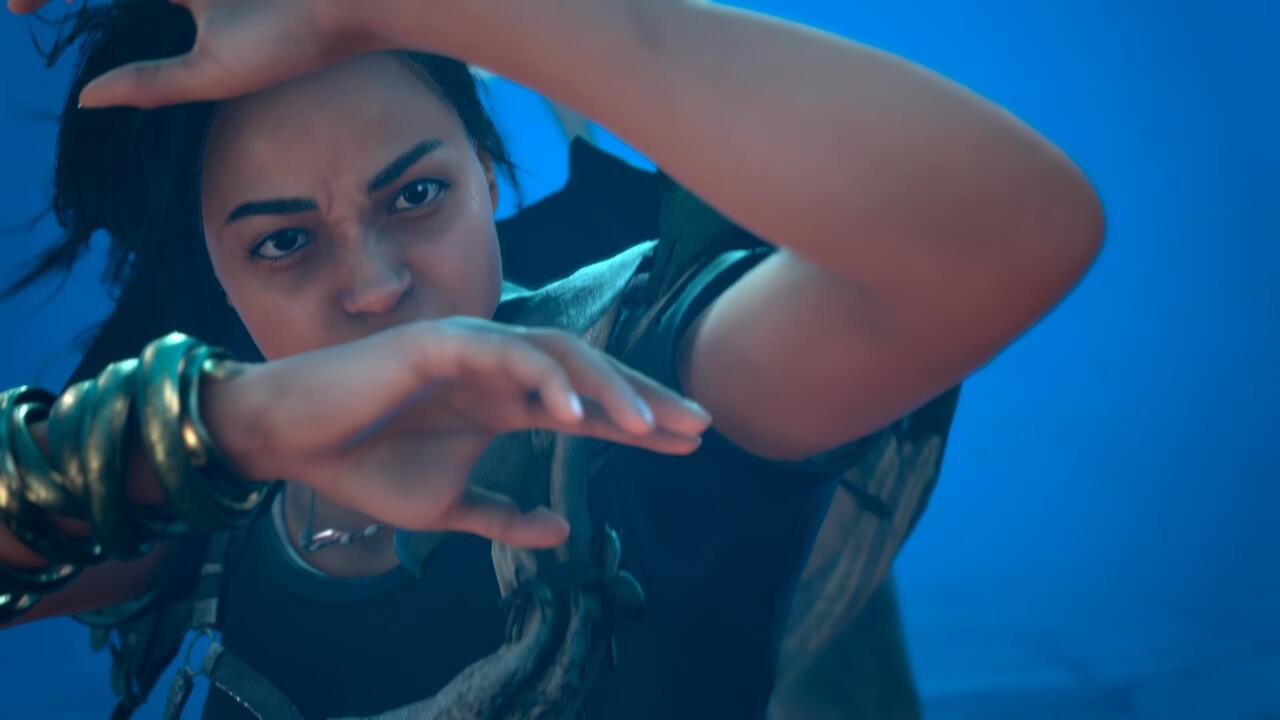 Forspoken is a disappointing outing from a developer that touts ‘key members’ of the Final Fantasy XV team, one which feels at best uninterested in its Black protagonist, and at worst resentful of her.

The game offers a portal fantasy: New Yorker Alfre “Frey” Holland gets whisked away to Athia, a magical world where she gains new powers and fights countless evils. Forspoken pulls from genre staples and even begins with Alice in Wonderland references, but it also falls into troubling tropes.

With publisher Square Enix already catching heat for producer Naoki Yoshida’s defense of upcoming Final Fantasy XVI’s scant diversity, Forspoken makes the nightmarish choice to start with its Black protagonist in court for her third felony. If the sloppy opening — presenting Frey’s entire backstory through documents on a table, with a judge handing down a community service sentence — doesn’t turn you off immediately, the lack of consideration only gets worse from there.

Let’s start with the graphics. Doors inexplicably grow or shrink depending on how you look at them (reminiscent of Alice in Wonderland in all the wrong ways). The opening chapter shows NYC with snow in December, but the ground remains dry, presumably to avoid ray-tracing. In fact, the game doesn’t seem to feature any ray-tracing until Frey arrives in Athia. That fantasy world certainly looks appealing, but I realized that’s often because the RTX tech disguises art assets that are really cheap and bland.

Cheap and bland describe the writing too, which also has the audacity to think itself clever. The grating and constant conversations between Frey and ‘Cuff,’ the speaking vambrace that gives her power, swing from petty jabs to smug celebration as you endure the game’s mediocre battles.

Admittedly, the combat does get more interesting as you defeat bosses and gain their abilities, but it feels dated even in comparison to its inspiration — 2016’s Final Fantasy XV. The much-advertised magic parkour can be fun, but it’s also clunky and difficult to control.

Put simply, Square Enix faces too many open-world competitors to get away with a poor showing like this. Horizon Forbidden West and Elden Ring — even the much-maligned Cyberpunk 2077 — put far more effort into rewarding player exploration. In Forspoken, the land abounds with fields and cliffs, but it lacks heart.