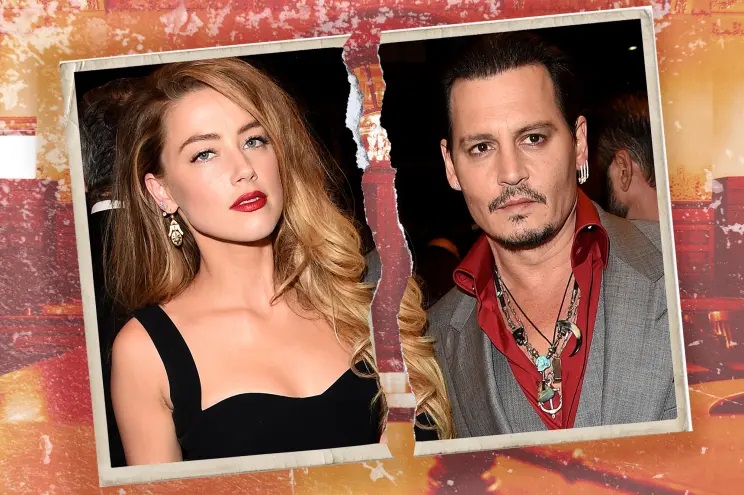 Why is Johnny Depp suing Amber Heard?
Depp is suing Heard for $50 million, alleging she defamed him in an opinion column she published in the Washington Post (which is printed in Fairfax County) in December 2018. In the column, she claimed to be a victim of domestic abuse, a claim she first raised during their corrosive divorce proceeding in 2016 in Los Angeles.

Heard never proved she was abused because their divorce was settled out of court in the midst of a media uproar. And the settlement statement they jointly issued said in part: “Neither party has made false accusations for financial gain. There was never any intent of physical or emotional harm. Amber wishes the best for Johnny in the future.”

(The settlement called for Depp to pay her $7 million, which she promised to donate to charity. That, too, is a source of contention between them about whether she did.)

More than two years went by before Heard published her column, catching the wave of the 2017 MeToo movement. The column left the strong impression, without mentioning Depp’s name, that she was an abuse victim because she was beaten during her volatile 15-month marriage to Depp.

Depp and his former lawyer angrily denounced Heard’s claims, then filed suit in March 2019. “Ms. Heard is not a victim of domestic abuse, she is a perpetrator,” Depp’s suit declared.

Heard countersued Depp for $100 million, alleging she was defamed by public statements by Depp’s former lawyer in which the words “fake” and “hoax” were tossed around.

Both lawsuits will be the subject of this trial before Chief Judge Penney Azcarateof the Fairfax County Circuit Court. A former Marine, the judge has set aside up to six weeks for the trial – unless it is settled at the last minute on the courthouse steps, or even during the trial, which is is not uncommon in Virginia.

The judge also allowed a video camera in the courtroom, believed to be the first time in Fairfax County, Virginia’s largest and most populated county. The trial will be televised via Court TV and Court TV’s online website, beginning after a jury has been selected, probably on Tuesday.

The public will be allowed in the courtroom but seating will be limited. Reporters can cover the trial in person but with pen and paper only – no devices.

And in case movie fans were thinking of staking out the courthouse, don’t: There will be no overnight “camping” allowed on courthouse grounds and “further measures” will be taken if foot or vehicle traffic throughout the judicial complex gets out of hand as a result of the trial, the judge’s order says.

Did Johnny Depp already sue for libel?
If all of this sounds vaguely familiar, that’s because it is, sort of, thanks to Depp vs Heard, Part I. That libel case took place in a London courtroom in the summer of 2020, after Depp sued the publisher of The Sun tabloid for defaming him (by labeling him a “wife beater” without adding “accused”). Heard was the tabloid’s star witness.

Depp lost. Following a three-week trial risible and appalling in equal measure, the British judge ruled The Sun had not libeled Depp because “the great majority” of Heard’s claims that Depp repeatedly assaulted her before and during their marriage could be “proved to the civil standard.” Depp subsequently lost attempts to appeal the decision.

Since then, his massively successful movie career, especially as the star of the “Pirates of the Caribbean” franchise, has taken a hit: Among other things, after the London trial he was asked to resign his starring role in “Fantastic Beasts” due to “recent events,” and he later bemoaned being “boycotted” by Hollywood in an interview with London’s Sunday Times (part of the same Rupert Murdoch-owned publishing group as The Sun).

Heard’s career has not been as affected – she’s in a second “Aquaman” film scheduled for release next year – but her career was never as big as Depp’s.

But the U.K trial left both Depp and Heard bruised in the public relations sense given the tabloid-style testimony about their violent, shrieking rows, endless consumption of drugs and drink, wild punches and flying projectiles, trashed rooms and a lopped off fingertip.

English law on libel, defamation and press freedom are not an exact match to Virginia law, and the English case involved an individual suing a publisher, not angry ex-spouses suing each other.

(Because of U.S. Supreme Court precedent, it’s much harder for celebrities to sue the press in the U.S. than in Britain: Depp did not sue The Washington Post nor did Heard sue any publication that reported on the statements she objects to.)

When Heard tried to get Depp’s lawsuit dismissed in Virginia (she tried three times), one of the reasons she cited was that he had lost the British case and thus had no Virginia case.

She lost. Judge Azcarate said her argument for dismissal failed under well-established legal precedents governing when civil cases can be dismissed. “If anything, upholding English libel judgments in the United States would create the chilling effect and could create a dangerous precedent,” she ruled.

But Azcarate ruled in Heard’s favor last month when she agreed Heard can argue to a jury that she should be protected from Depp’s lawsuit because her column on domestic violence dealt with a matter of public interest and thus could be shielded under Virginia law. That doesn’t mean Heard has immunity for what she wrote, only that she can make that public interest argument as part of her defense.

Both sides’ witness lists contain names of people who came up at the London trial. Actor Bettany, a friend of Depp’s, is expected to testify about text messages he exchanged with Depp about Heard. Franco, a friend, and Musk, a former boyfriend of Heard’s, may be asked about their relationships with her.

But the focus of the trial in suburban Washington is expected to rehash what Depp and Heard allegedly said and did to each other just before their divorce proceeding exploded in headlines in 2016, reverberating through Hollywood, the media and later a foreign courtroom.

It began on the night of May 21, 2016, when Heard claimed Depp attacked her and beat her face with a cellphone in their luxury loft in downtown Los Angeles. She filed for divorce two days later, showed up for court with a visible bruise on her right cheek, and used the claim she was beaten to get a restraining order against Depp, who was abroad at the time.

Heard’s legal and PR teams told reporters that Los Angeles police officers who responded to the loft would back her up, but they didn’t. The officers did not see any injuries, their bodycams showed the loft was not in disarray, Heard did not want to file a police report, and they concluded it wasn’t warranted because no crime occurred.

Domestic abuse is a crime in both the U.S. and in Britain, and Depp has not been convicted of that crime in either country. Instead, he lost a civil suit in which a publisher had to demonstrate to a judge that the preponderance of the evidence presented at the trial allowed the tabloid to call him a “wife beater” and not be punished by paying Depp damages .

In the Virginia case, the parties have to prove to a jury that what either has said or written about the other amounts to defamation in Virginia by the preponderance of the evidence presented at the trial.

But it’s a civil proceeding. No matter the outcome, no one will be convicted of a crime.