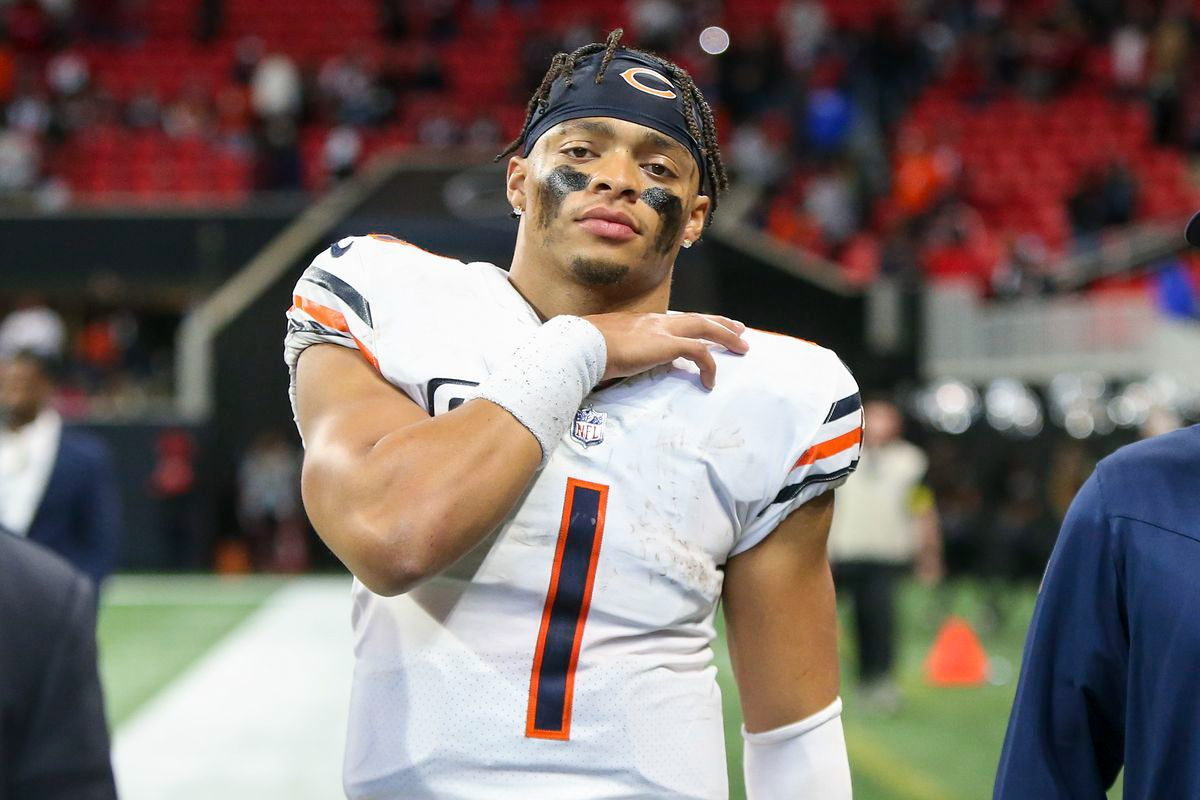 Justin Fields took the field at MetLife Stadium roughly two hours before Sunday’s kick-off between the Bears and the New York Jets. The second-year quarterback threw some light passes as he tested out his separated left shoulder.

The Bears said all week that Fields would have to check three boxes to play Sunday vs. the Jets. In the end, he went 0-for-3 and was inactive for the Bears’ 31-10 blowout loss in a downpour at the Meadowlands.

“So Justin today, prior to pregame, went out and worked out there a little bit, and we went with the medical staff and Justin after that, and also Ryan [Poles] and myself, and we decided that it was in the best interest of Justin and the Chicago Bears that he was inactive today,” head coach Matt Eberflus said after the game. “It comes down to really one thing is strength. He didn’t have the strength to protect himself in the game properly and to perform the way he wanted to perform.

“The medical staff didn’t clear him to play today. Justin didn’t feel that he could protect himself and perform the way he wanted to perform. It’s about mobility and strength in his left arm. We’ll just take it day by day.”

All three groups — the medical staff, coaching staff, and Fields — didn’t think the 23-year-old signal-caller was healthy enough to give it a go Sunday.

The Bears’ defense entered Sunday down two critical members of the secondary, with rookies Jaquan Brisker and Kyler Gordon both out with concussions.

Chicago’s undermanned defense suffered a brutal loss midway through the second quarter when veteran safety Eddie Jackson went down with a non-contact leg injury on a 54-yard touchdown catch by Garrett Wilson.

Jackson limped to the sideline and went directly into the blue medical tent. Jackson was carted to the Bears’ locker room and was immediately ruled out with a foot injury.

The slit-film turf at MetLife Stadium is a notoriously unforgiving surface and has caused numerous leg injuries over the year.

Brisker took to Twitter to ask the NFL to get rid of the turf after Jackson’s injury.

Why the Jets won

Mike White played the best game any Jets quarterback has played this season, and perhaps in quite some time. He completed 22-of-28 passes for 315 yards and three touchdowns, and was not intercepted. That was good for a 149.3 passer rating, the best for any Jets quarterback since Geno Smith registered a perfect 158.3 rating back in 2014. White connected with 10 different receivers, and got both Garrett Wilson and Elijah Moore in the end zone. He calmly navigated the pocket and spread the ball around to the backs and tight ends, as well as the wideouts. He was in complete control of the game from the jump.

Why the Bears lost

Their defense was torn to pieces by Mike White, Garrett Wilson and the rest of the Jets offense. Also, their own offense lacked the ability to create any explosive plays without Justin Fields. Oh, and injuries. Eddie Jackson and Darnell Mooney each left the game with injuries. They were pretty much completely overmatched on both sides of the ball for most of the afternoon. David Montgomery did all he could to break a bunch of tackles and create yards on his own, but it wasn’t nearly enough.

No chance without Fields

Give Siemian credit. He played well in the first half and got help from Chase Claypool and Byron Pringle, who made impressive catches early to help the Bears get out to a 10-7 lead.

But the injuries and talent gap started to show up in the second half as the Bears struggled to move the ball on offense and made critical mistakes with a patchwork secondary.

When White hit Elijah Moore for a 22-yard touchdown midway through the third quarter to stretch the lead to 24-10, that was all she wrote.

Fields has been the rising tide making the Bears competitive in most games this season. With him on the sideline in sweats, Jackson and Mooney in the locker room, and Brisker and Gordon at home, the Bears had little chance for a comeback.