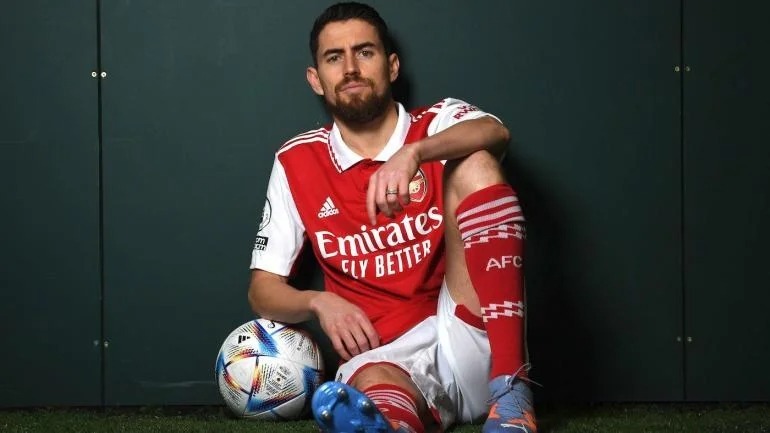 Do Arsenal have enough? It is the question hanging over supporters, rivals and the club hierarchy as they enter the final months of their remarkable season. In August, nobody seriously imagined that this team would be the Premier League frontrunners in the second half of the race, and yet that is where they find themselves, five points clear of Manchester City with 19 games left to play while the reigning champions have 18.

Arsenal, who have concluded their incoming business with the £12 million signing of Jorginho on deadline day, could get everything right and just fall short. They still have to face City twice; Pep Guardiola’s side could wipe that lead away with the sort of imperious run that they have so often delivered in the second half of the season. No one will need to remind former City assistant Mikel Arteta of that fact.

And yet, this is a club that understands where they find themselves in and perhaps how hard it will be to get back there. Even for a squad with all the growth potential of the Premier League’s youngest, there is no guarantee that future years will see the rest of the chasing pack drop off so early nor that City will not raise the levels beyond Arsenal in the years to come.

At the start of January, Arsenal wanted to secure a top-tier young winger and, if possible, a left-sided center back. They knew that the price of their top target, Mykhailo Mudryk, had burgeoned to such a level that he alone would require sizable investment. Another body in central midfield would have been nice to have, but there were many around the club who expected to keep their powder dry for the summer when they still intend to sign Declan Rice, a player who CBS Sports revealed earlier this month was enamored by the prospect of moving from West Ham to Arsenal.

CBS Sports has the daily soccer podcast for you, covering everything you need to know about the beautiful game. Make sure to give House of Champions a follow for coverage of the biggest games, stories, transfer news with Fabrizio Romano, and everything else going on in the world’s most popular sport.

When Chelsea snared Mudryk from them at the 11th hour, Arsenal found themselves with more cash to play with but not enough that they could pry Moises Caicedo away from Brighton. The Seagulls made clear after rejecting two bids that the Ecuadorian was not for sale this winter and never indicated a price to the Gunners that would change that stance. Sources have told CBS Sports that Arsenal were mindful of not damaging relations with Brighton, with whom they have done much business in the past and could well be in dialogue in the summer over Caicedo, by pushing the issue when their stance was made clear.

Instead of a youthful injection, Arsenal have pivoted to make the sort of moves that a title contender makes. Set aside young center back Jakub Kiwior and the two additions they have brought in are a 28-year-old forward in Leandro Trossard and Jorginho, the 31-year-old Champions League winner from Chelsea. In both case, Arsenal are extremely unlikely to recoup their transfer fee, and toward the end of their contracts, both players may well not be playing at a level that befits their salary. But if Trossard delivers a handful of effective cameos and Jorginho eases the burden on Thomas Partey this season, then their combined £38 million fees will be a price worth paying.