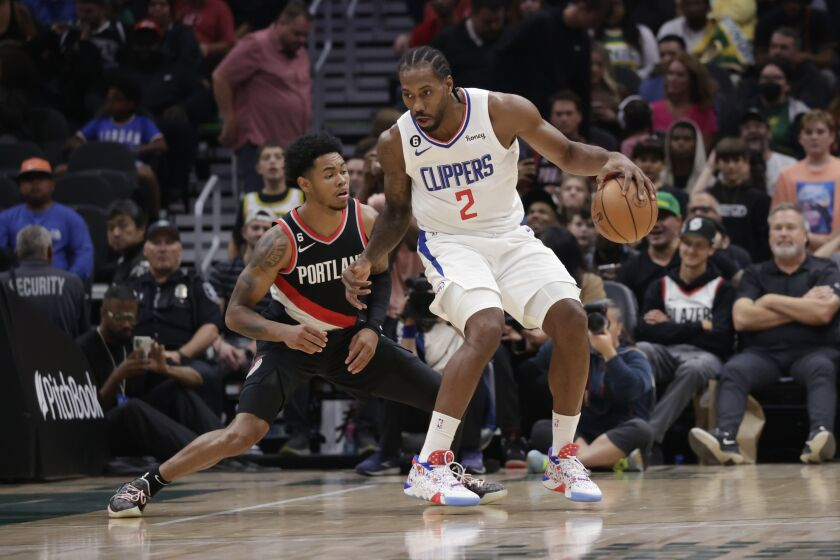 John Wall finished with a team-high 20 points and Paul George added 14 in the Clippers’ 119-117 preseason loss to the Minnesota Timberwolves on Sunday night at Crypto.com Arena.

Karl-Anthony Towns had 19 points, six assists and six rebounds in his preseason debut for the Timberwolves. Naz Reid contributed 20 points and 11 rebounds for Minnesota, while Bryn Forbes added 15 points on five-for-six shooting on three-pointers. Anthony Edwards had 14 points. Marcus Morris Sr. added 13 points for the Clippers.

The Clippers saw a vision of their regular rotation as Kawhi Leonard, George, Wall and Reggie Jackson all played. Meanwhile, Towns saw his first action of the preseason for the Timberwolves after he missed two games because of a hospitalization. Still, there was not a glimpse of the potential twin towers for Minnesota as Rudy Gobert, acquired from the Utah Jazz over the summer, sat out.

Leonard said he noticed Wall being aggressive in getting to the paint and calling plays decisively.

“Him just being himself really,” Leonard said. “Coming into the game, attacking and not deferring. That’s what he did for us.”

The teams were tied at 115 with less than two minutes to play when Austin Rivers scored on a layup and Luka Garza hit a six-foot hook to create enough of a buffer for Minnesota to remain undefeated in its three preseason games. The Clippers fell to 2-1.