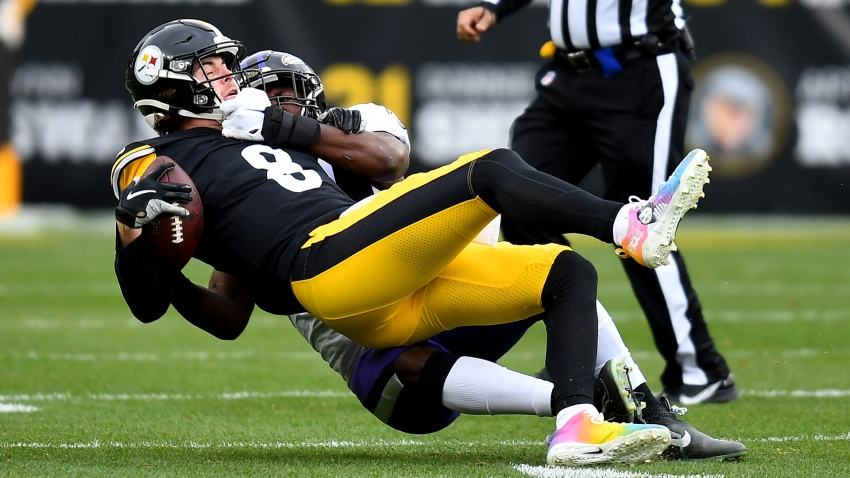 The Pittsburgh Steelers were losers in Week 14 when the Baltimore Ravens came into Acrisure Stadium and broke their 4-game losing streak to the Steelers with a 16-14 win. The loss plummeted the Steelers’ record to 5-8, but a large reason for the loss was injuries.

One injury in particular, and that was to rookie quarterback Kenny Pickett.

It was the second time this season that rookie Pickett has been put in the protocol, after also leaving a game against Tampa Bay in October.

Pickett was sacked by Roquan Smith on the Steelers’ opening drive against the Ravens.

The 24-year-old left the field for concussion checks before being reintroduced for the Steelers’ second drive. However, that drive marked the end of his involvement as he was then withdrawn.

Steelers coach Mike Tomlin looked to explain the move to briefly bring Pickett back into the action but said he did not know “about the sequence or the details”.

Speaking after the game, Tomlin said: “Kenny is being evaluated for concussion, he’s in the protocol.

“I think when he became symptomatic he was pulled from the game and evaluated for concussion.

The Steelers lost rookie Kenny Pickett to concussion protocol in the first quarter, and when Mitch Trubisky entered the game, he repeatedly moved Pittsburgh deep into Baltimore territory. But three costly interceptions allowed the Ravens to secure a 16-14 win on Sunday.

“Coming off the bench, I just wanted to go in there and try to provide a spark,” Trubisky said. “I thought we did a good job moving the ball, but I have to protect the football and that’s obvious.”

Trubisky also spoke about Pickett’s blow to the head, saying: “I just kept asking him how he was feeling. He said he was feeling fine, and that was that.”

The other injury sustained by the Steelers was to defensive lineman Chris Wormley. Wormely left with a knee injury, and after the game Tomlin didn’t know the significance of the injury.

Any other injuries were labeled as the typical bumps and bruises associated with play, as Tomlin likes to call it.

In regards to Pickett, not only is his availability in question for the Week 15 game vs. the Carolina Panthers, but the three interceptions thrown by Mitch Trubisky in relief did little to quell the concern of the fan base moving forward.