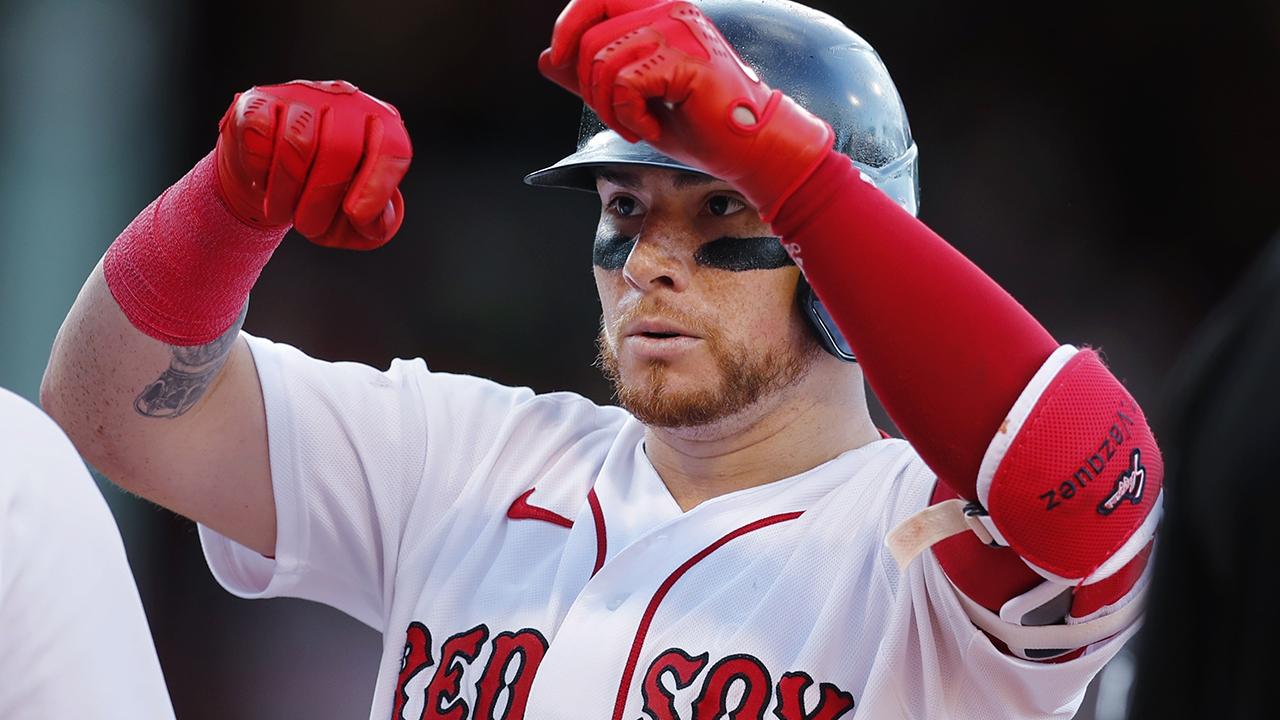 It was an emotional Monday for the Red Sox, watching Christian Vázquez, the longest-tenured player in the organization, walk out of the visiting clubhouse and go across the hall to meet the team he was traded to — the Houston Astros.

“You think?” Cora said, tongue-in-cheek, when a reporter noted that it must have been an emotional day.

However, the Red Sox were well-equipped to handle the situation because they have Cora guiding them. That was true for Monday’s 3-2 win at Minute Maid Park over one of the best teams in MLB. And it should be true for the rest of the season.

“The guys showed up, and they played, and they did an outstanding job,” Cora said. “[John] Schreiber came in and did his job and Tanner was outstanding. Jarren [Duran] had a great game, put together some good swings. He’s working hard on staying on pitches and making contact and overall, this is what we’re here for. Keep winning ballgames.”

The Sox are 52-52, and that disappointing record helps explain why chief baseball officer Chaim Bloom would trade a core player for two prospects. However, the fact Boston is only three games back in the American League Wild Card standings could create mixed signals for a veteran team that would like to participate in October.

However, in Cora’s clubhouse, there generally aren’t mixed signals. He possesses some of the best communication skills of any manager, and he plans on putting them to work, no matter what happens leading up to Tuesday’s 6 p.m. ET Trade Deadline.

“He’s going to be missed,” Cora said of Vázquez. “But we’ve got to keep going. The puzzle is not finished. There’s a lot of work going on right now [in the front office]. Let’s see what happens in the next 24 hours and like I’ve been telling the guys, regardless of what happens the next 24 hours, we’re still the Red Sox and we’re three games back.”

The Red Sox also acquired two Major League players on Monday in outfielder Tommy Pham and catcher Reese McGuire, and Cora was already plotting how they will fit into the club.

“We have a lot of talent in this clubhouse,” Cora said. “We have to play better. We showed it today. We have the talent here to go on a run and play good baseball. Our goal is 162-plus, regardless of what people think. It doesn’t look that way for some people, but here in these walls, we’re going to keep grinding. We’re going to keep going.”

The Red Sox should get a big lift on Tuesday when they get their best hitter in Rafael Devers back from the injured list.

But will other key veterans in the final year of contracts follow Vázquez out the door? All-Star DH J.D. Martinez has been at the center of trade rumors, but he was in Boston’s lineup on Monday and went 1-for-4. By the time the Red Sox take the field on Tuesday, they will know if Martinez will be with them for the final 58 games.

Nathan Eovaldi, another core member who contributed heavily to the 2018 World Series title, started on Monday night and allowed just two unearned runs over 6 1/3 innings. Could that have been his final start for Boston?

“I’m aware of it, of course, but I try not to think about it,” Eovaldi said. “The more I think about it, the more of a distraction it becomes, not only to myself but to my teammates. We can speculate all we want but until it happens, I’m a Red Sox.”

It says something about Eovaldi that he was able to be on point despite losing his batterymate shortly before the first pitch. In fact, Vázquez was in the original lineup on Monday.

“It’s definitely difficult having to say bye to him, especially at 5:40 before the game,” Eovaldi said. “We were about to go over the Astros scouting report and go through all of that. But it’s difficult seeing him go. We still have tomorrow, so we don’t know what is going to happen.”

When 6 p.m. comes and goes on Tuesday, Cora will undoubtedly have the right message for whichever 26 players are in his clubhouse.

“AC does a great job of making sure we’re prepared and just reminding us of how good we are in here,” said Eovaldi.