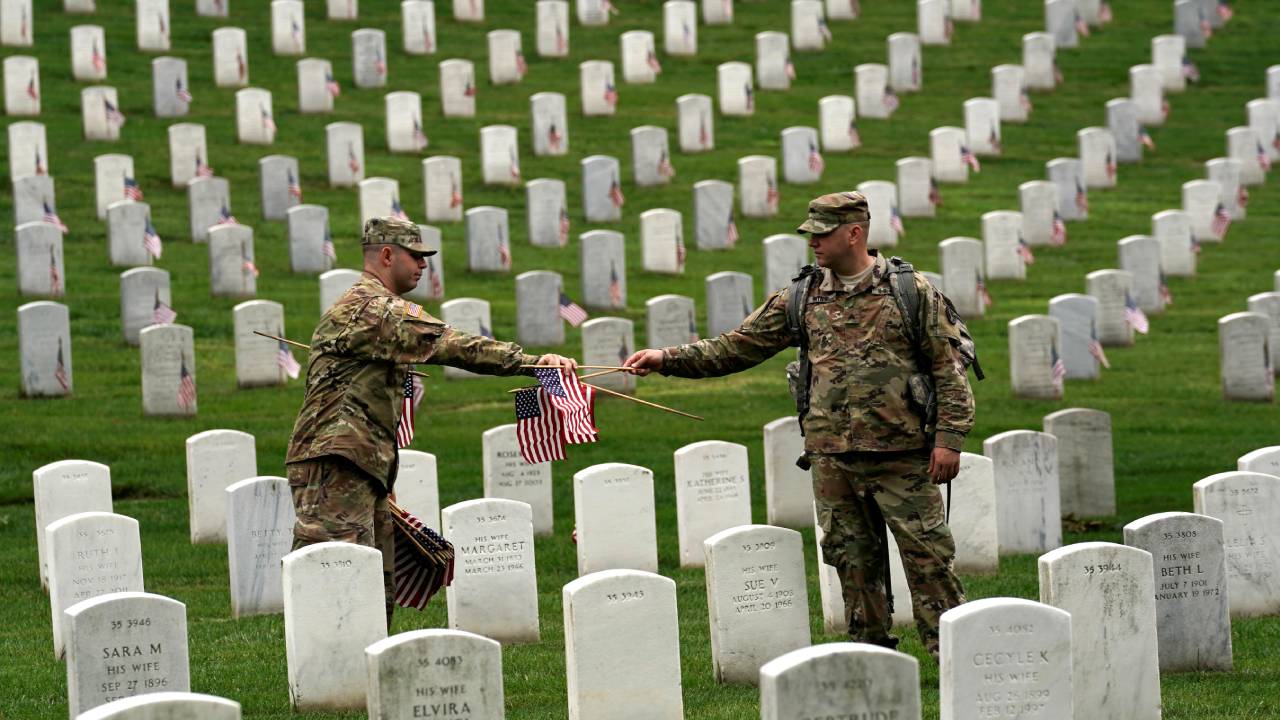 Memorial Day, initially referred to as Decoration Day, was observed by many communities after the Civil War, when the nation suffered more than 620,000 military deaths, roughly 2 percent of the total population at the time. John A. Logan, the Commander-in-Chief of the Grand Army of Republic, chose May 30, 1868, as a day to decorate the graves of Union troops across the nation. From this beginning, Memorial Day is now designated as an annual day of remembrance to honor all those who have died in service to the United States during peace and war. Veterans Day, November 11, celebrates the service of all U.S. military veterans.

Is Memorial Day always the last Monday in May?

Yes, Memorial Day falls on the last Monday in May. In 1971, the date of the holiday was officially changed to the last Monday in May per the Uniform Monday Holiday Act. This act also moved other holidays such as President’s Day and Martin Luther King Jr. Day to consistently be on Mondays.

There are a number of Memorial Day activities that families enjoy participating in every year, but there are also a few meaningful Memorial Day traditions you can honor.

Memorial Day poppies: People wear poppies to honor America’s war dead in a Memorial Day tradition that dates back to the poem “In Flanders Fields,” written in 1915 by John McCrae. Inspired by the poem’s image of red poppies scattered through cross-shaped grave markers, American Moina Michael and France’s Anna E. Guerin started selling artificial poppies as a fundraiser for children affected by the war. Now, many Americans pin a poppy on their shirt as a sign of respect.

National Moment of Remembrance: To ensure the sacrifices of America’s fallen heroes are never forgotten, President Bill Clinton signed into law “The National Moment of Remembrance Act” in December of 2000. The law encourages all Americans to pause wherever they are at 3 p.m. local time on Memorial Day for a minute of silence to remember and honor those who have died in service to the nation.

Hang your flag at half staff: Federal guidelines say the flag should be displayed at half-staff only until noon, then go up to full-staff until sundown.

Playing “Taps:” During the Civil War, a U.S. general thought the bugle call signaling bedtime could use a more melodious tune, so he wrote the notes for “Taps” in 1862. Another officer later used the bugle song for a funeral, fearing the traditional firing of rifles might sound like an attack. Now, “Taps” is a traditional part of Memorial Day celebrations.

Visit a local veterans cemetery: Some of the graves in a veteran cemetery are well maintained and decorated by families. Bring flowers and lay them by a grave that doesn’t have any.