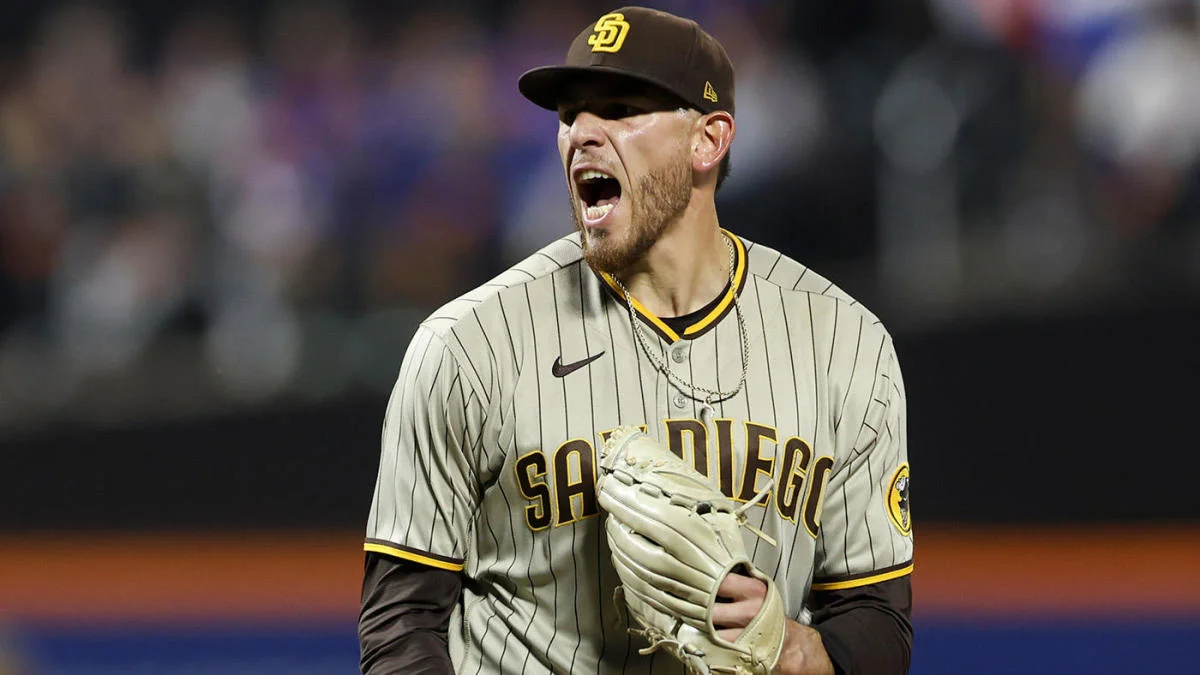 Padres starter Joe Musgrove was historically brilliant against the Mets when it mattered most. He allowed only one hit over seven scoreless innings to help his team win 6-0 in Sunday’s decisive Wild Card Series elimination game. The 29-year-old hurler is the first pitcher to allow two or less hits over at least seven innings in a win-or-go-home playoff game.

He was so brilliant, in fact, that Mets manager Buck Showalter requested the umpires check him for foreign substances in the sixth inning. Musgrove remained in the game after the substance check, and with the Padres’ triumph they remain in the World Series hunt.

San Diego will now travel to Los Angeles to start the National League Division Series against the Dodgers on Tuesday. The Padres went 5-14 against the Dodgers this season, and they’ve been the little brother in the rivalry long before 2022, having lost every season series since 2011.
The Padres have reason to believe they can turn things around, though, as they scored a whopping 16 runs in the Wild Card round. Jurickson Profar and Trent Grisham have spearheaded the offensive effort, going a combined 8-for-20 with seven RBI in San Diego’s first three playoff games.

Musgrove, a 2017 World Series champion with the Astros, was brutally honest about his feelings towards the Houston title last week, saying he “doesn’t feel great” wearing his championship ring because of the 2017 cheating scandal. Musgrove stated he wants to win a “true championship” with the Padres, and he got one step closer with a dominant performance Sunday.

The Baltimore Ravens needed a clutch drive in the final minutes to avoid another loss to the Cincinnati Bengals and a 2-3 start to the season.

Good thing they have an MVP candidate at quarterback and perhaps the greatest kicker ever.

Lamar Jackson led the Ravens into field goal range, with the key play coming on an 18-yard run that not many quarterbacks can make. That got the Ravens into range for Justin Tucker. Tucker hit a 43-yard field goal as time expired for the 19-17 win that will be enormous in the AFC North race. It was right down the middle, as most of Tucker’s kicks are.

It was a huge drive for Jackson, who wasn’t perfect on Sunday night. Neither were the Ravens. Jackson missed some throws in a close game and the Ravens defense couldn’t get the stop it needed in the fourth quarter. But when the Ravens needed Jackson to get them downfield he delivered. So did Tucker.

The game felt like a playoff game. It already has big implications in the AFC North. Last season the Bengals blasted the Ravens in both meetings and went on to win the division title.

It was clear early on Sunday night that there would be no blowout this time. It was a close, hard-fought game from the outset.

The Ravens’ win snapped a five-game home losing streak and, more importantly, gave them the lead in the AFC North with a 3-2 record. They’ll meet a team that pulled off a similarly impressive Week 5 win in the Giants next Sunday at MetLife Stadium.