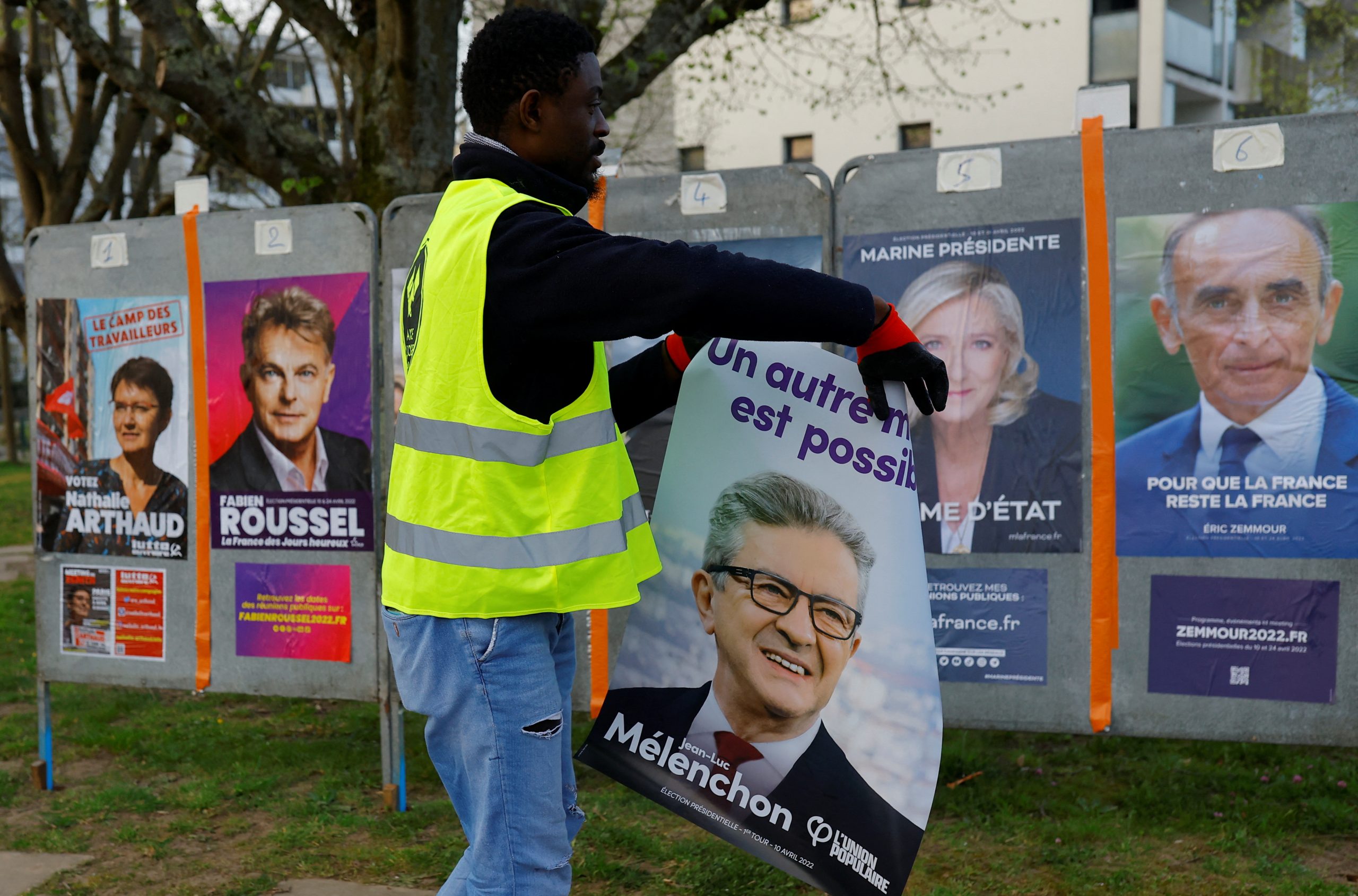 A win by President Emmanuel Macron would extend Western unity on Russia. A win by Marine Le Pen would weaken or end it.

At his victory celebration in 2017, newly elected French President Emmanuel Macron strode to a podium at the Louvre to the sounds of “Ode to Joy.” He had every reason to be joyful, having trounced his opponent, Marine Le Pen, in a 66% to 34% landslide.

But the music had another, perhaps even deeper meaning: “Ode to Joy” is the official anthem of the European Union, an institution Macron has helped revitalize, and not a moment too soon, given the absence of its former informal leader, German Chancellor Angela Merkel, and in light of the unity needed to effectively sanction the Russian government for its war on Ukraine.

But if Macron’s approach to the EU is one of belief, Le Pen’s is one of belittlement. And while she’s softened her Brexit-era aggressiveness on leaving the union and the euro, she clearly is not anywhere near as staunch a supporter of the political institution integrating Europe, or even of the defensive one, the indispensable North Atlantic Treaty Organization. Le Pen has pledged to keep France in NATO but leave its command structure.

“I want a France in a strong Europe that maintains its alliances with the big democracies in order to defend itself, not a France that, outside Europe, would have as its only allies the populist and xenophobic international,” Macron said after the first-round vote last Sunday delivered him the top total, 27.9%. “That,” Macron added, “is not us.”

Defining “us” is at the core of the campaign and a broader debate roiling other countries contending with rapidly rising immigration — including the U.S. Le Pen, who has softened her image and to a lesser extent her policies from her previous runs (and from her notorious father, the xenophobic and anti-Semitic Jean-Marie Le Pen), is running on a populist platform. “I will restore France to order in five years,” Le Pen said at her rally after she finished second to Macron with 23.2% of the vote.

The choice on April 24, the date of the runoff between the two candidates, is one between “division, injustice and disorder” and the “rallying of the French people around social justice and protection,” she said.

Le Pen’s focus on immigration (not Ukrainian, but African and Asian) and economic challenges of everyday French citizens, as well as an increasingly relatable style, offers a clear contrast to Macron’s prioritization of international issues and what’s widely perceived as an elite, cool aloofness. But what may just sound like a similar refrain of this era’s Western elections that resulted in Brexit and the election of former President Donald Trump has implications far beyond domestic dynamics. The outcome, expected to be considerably closer than the lopsided Le Pen-Macron matchup five years ago, is geopolitically consequential.

“This election is absolutely decisive, because what’s at stake is whether or not the European Union continues to consolidate and whether or not the sanctions alliance to change Russian aggression continues to hold,” Ben Judah, a senior fellow at the Atlantic Council’s Europe Center, told an editorial writer. “If the French electorate rejects Emmanuel Macron, it will be because they are rejecting the French establishment and it will be because they have chosen to reject the elites’ main project over the decades since the end of the Second World War, which is to build an integrated, consolidated European bloc on the world stage.”

Some European electorates have indeed already taken this step. Beyond Brexit, illiberal, often pro-Putin leaders like Hungary’s Viktor Orban and Serbia’s Aleksandar Vucic were comfortably reelected earlier this month. And while she’s tried to sidestep her previous proclamations, Le Pen has been reliably pro-Putin too, something Macron should hit hard during the furious fortnight between the first and second rounds of France’s election.

Russian President Vladimir Putin unmistakably misread Western resolve (let alone Ukrainian courage) in his war calculus. A win by Le Pen would weaken, if not end, that cohesion, encouraging Putin to continue with what appear to be war crimes. French voters may not reprise “Ode to Joy” if Macron wins again, but it would be a far better outcome for France, and the world.