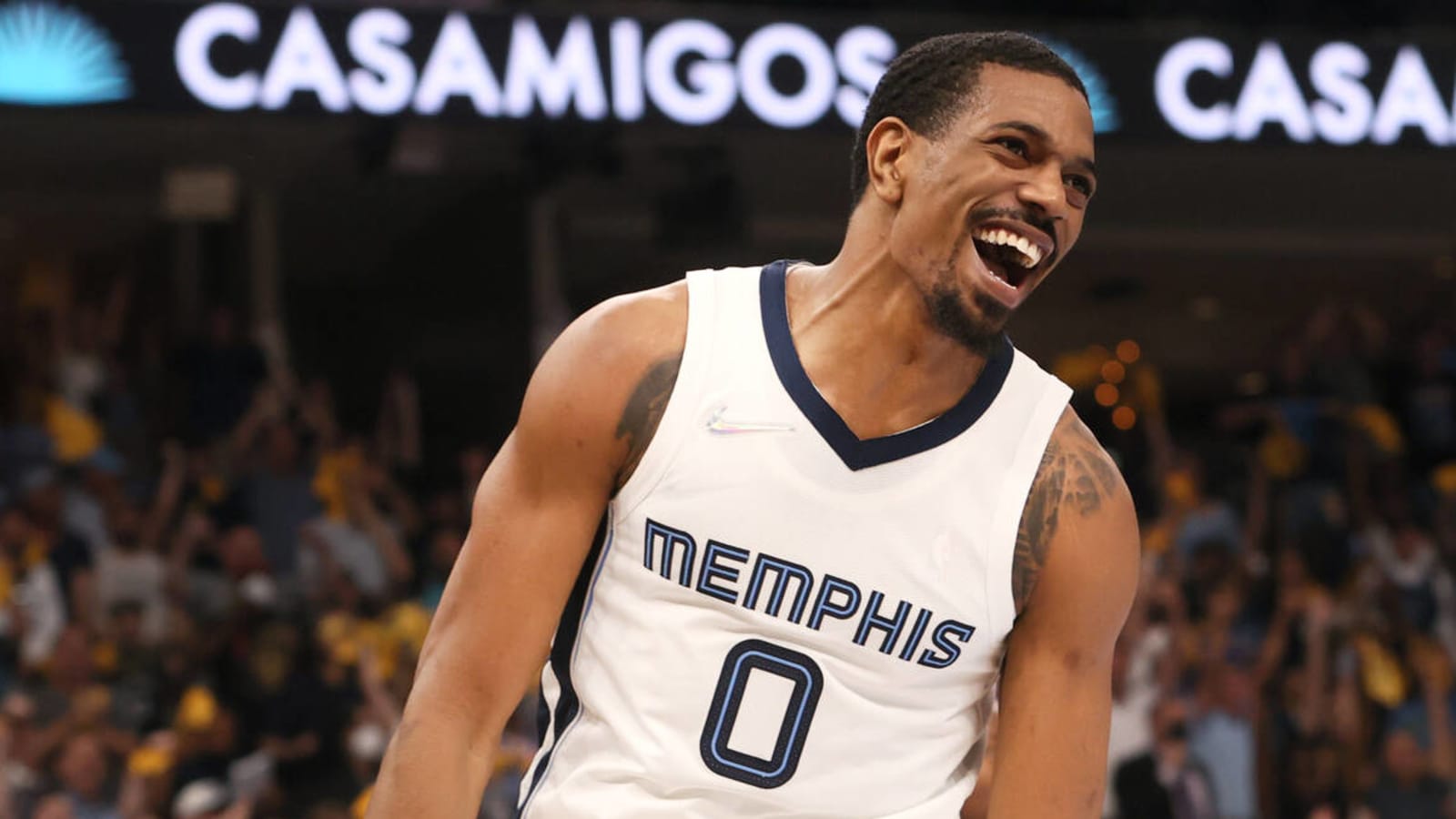 The Philadelphia 76ers traded Danny Green and the No. 23 pick in the 2022 NBA Draft to the Memphis Grizzlies, sources confirmed to The Athletic. The No. 23 pick is Colorado State’s David Roddy.

Roddy, 21, was the Mountain West Player of the Year in 2022. He posted 19.2 points, 7.5 rebounds and 2.9 assists per game in 31 appearances last season. Green, who tore his ACL and LCL during the Sixers’ Game 6 loss in the Eastern Conference semifinals against the Miami Heat, averaged 5.9 points on 39.4 percent shooting last season.

Philadelphia received De’Anthony Melton from Memphis in return, per sources. In 73 games played in 2021-22, Melton averaged 10.8 points, 4.5 rebounds and 2.7 assists per game.

The move makes sense for the Sixers, as they land a young, two-way player in Milton, who projects to fit well alongside Joel Embiid and James Harden in Philadelphia. Melton is a career 36 percent shooter from long range, and he has averaged 1.3 steals per performance. Plus, he’s just 24 years old and still has two years remaining on his current contract. On paper, he seems to be the exact type of role player the Sixers should be looking to surround their stars with.

With the pick that they received from the Sixers, the Grizzlies selected Colorado State guard David Roddy. Roddy has some serious upside and should fit along well with the rest of Memphis’ young core.

At this point, it’s unclear how much Danny Green will be able to contribute next season. The veteran tore both the ACL and LCL in his left knee during the postseason, and he’s expected to miss a substantial amount of time as a result. His contract for the 2022-23 season is non-guaranteed. The Grizzlies have until the beginning of July to guarantee the deal, or not.

This seems to be the type of deal that both teams should feel pretty good about. The Grizzlies were able to add another promising young piece to their budding roster, while the Sixers, who are firmly in win-now mode, get a guy that should be able to come in and contribute immediately.

Trade grades
76ers: This probably isn’t a move that will singlehandedly propel the Sixers to their first Finals appearance since 2001, but it does seem solid for a team that is looking to win at a high level right now. Wing play and depth have been two issues for the Sixers in recent seasons, and Melton should help address both of those areas. Plus, he’s comfortable playing off ball and operating as a catch-and-shoot type of player, so that should make him a snug fit alongside guys like Embiid, Harden and Tyrese Maxey. The fact that Melton is 24 and still under team control for two more seasons also adds value to the deal for Philadelphia. Grade: B

Grizzlies: Given his current injury status, you can’t count on Danny Green as a contributor next season, so this trade is basically a Melton-for-Roddy swap for Memphis. In that swap, they got a younger, cheaper player. They also got a guy that’s bigger and probably more versatile than Melton defensively, which appears to be what they were going for. Roddy is a well-rounded player that can do a bit of everything, though he does need to improve as a shooter from beyond the arc. The Grizzlies are clearly banking on Roddy’s potential, and he certainly has a lot of it. Grade: B-