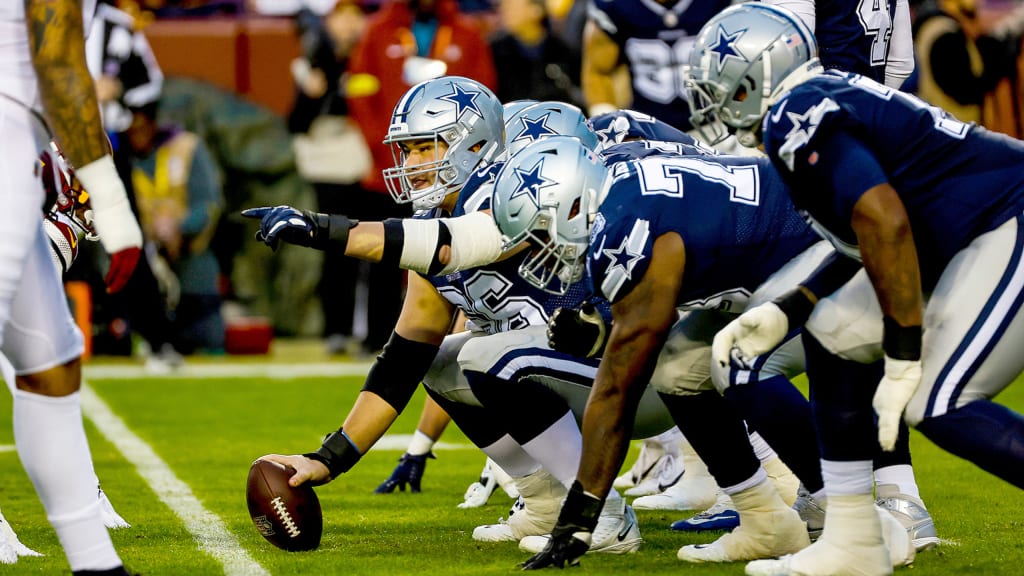 LANDOVER, Md. – The term “full circle” is typically used in a good way – when something ends in the same place as it started.

In this case, the fact that both the Cowboys and Dak Prescott have seen their regular season come full circle is certainly not a good thing.

Actually, according to Prescott, this game was “crappy,” but only after he used another word that rhymes with gritty. I only used that because it was pretty much the opposite way to describe the way the Cowboys played.

And sure, it wouldn’t have mattered because the Eagles took care of business and beat the Giants, who didn’t play many of their starters. Honestly, I didn’t watch that game at all, but I would imagine the Giants could’ve beaten the Cowboys on this day. I mean, Georgia and TCU would’ve probably given them a run too.

But what makes this one so strange is that this regular season ends exactly like it started … awful.

After they lost to Tampa Bay in Week 1, I never thought the Cowboys could play a game worse than that. And I really never imagined Dak Prescott could play worse either.

Well, insert this Week 18 game at Washington to rival both scenarios. The Cowboys were flat-out bad in just about every way, other than defense, and even that was just average.

That’s what reminded me of the Week 1 loss because the defense actually played good football in that game, but it wasn’t close to enough because of how bad everything else was.

And that’s what happened here Sunday, starting from the jump. Seriously, the punter drops the ball and gets tackled? I can’t recall that happening in a while. And if it did, I bet the punt returner didn’t let the next punt hit him the face and fumbled that one away.

When KaVontae Turpin and Bryan Anger are dropping punts and snaps, you know it’s not your day.

But it goes way deeper than that. The offensive line couldn’t block anyone and that obviously led to no running game at all. With no running game, and the O-line getting pushed around up front, Dak was running for his life a lot of times. But in no way are we giving Dak a pass here. Heck, he had 37 “passes” in the game and only could complete 14 to his own team. He wasn’t sharp at all, with his throws or decisions.

To be honest, I fell for the mantra this week. I seriously thought they would try to go out and win this game. They said they’d be focused and ready to play, but they definitely weren’t. And I’ve said this plenty of times in the past, and this is probably another example of it, but games are won and lost on Wednesday and Thursday.

Every team and every player tries to win on Sunday and gives 100 percent – most of the time. But it’s the middle of the week where you can lose. And it looked like the Cowboys lost it early in the week, probably listening way too much to what Washington was doing and who they were starting at quarterback and what players were injured and all that.

Even head coach Mike McCarthy said after the game that his players are “human” when asked if they probably didn’t have the right mindset based off the overall importance of this game, knowing the Eagles would likely beat a Giants team not playing to win.

Whatever went down or didn’t go down, it bled over into Sunday, where the Cowboys rivaled their Week 1 performance against the Bucs – and not in a good way.

Like I said in this space last week, this once again comes down to perspective.

Are you one who points out that the Cowboys started the regular season in an awful way against the Buccaneers and now get to start the postseason the same way?

Are you one who can’t get over the fact that the Cowboys have never defeated Tom Brady? Or do you flip the script and say how ironic it would be to never beat him in the regular season but then knock him out in the playoffs, in what could possibly be his last game?

There are a lot of ways to slice this one up, but here’s what I’m going to do, here’s my outlook on this game:

Just go back to last season when the Cowboys ended the regular season with a 51-26 win over an Eagles team that wasn’t playing for much. Dak threw five touchdowns and the Cowboys cruised into the playoffs with a 12-5 record.

How did that help them in the playoffs the next week? Umm, not at all. They were as flat as the drive from Kansas to Nebraska and got bounced by the 49ers the next week.

A really good win in Week 18 meant absolutely nothing for the playoffs.

Let’s only hope this game here means exactly the same as the Cowboys get ready for yet another shot at knocking off Tom Brady and the Bucs.