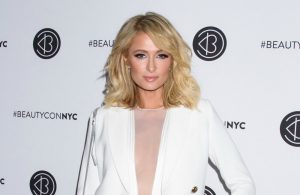 Paris Hilton will be joined by the likes of Kim Kardashian West and Demi Lovato in her new Netflix series, ‘Cooking with Paris’.

The 40-year-old businesswoman and DJ is set to try her hand at the culinary arts in her upcoming six-episode series, which has been inspired by her viral lasagne video from last year, which has since accumulated more than five million views.

Paris’ show will follow the star and her celebrity guests as they go “from the grocery store to the finished table spread” and create a delicious dinner.

The ‘Simple Life’ star is not a trained chef, and in a trailer released on Tuesday (27.07.21) the beauty can be seen struggling to grasp the concept of “tongs” and zesting lemons.

Paris acts as executive producer on the series alongside Aaron Saidman, Eli Holzman and Rebecca Hertz.

The show is produced by The Intellectual Property Corporation, which also produces the celebrity cooking show ‘Selena + Chef’ for HBO Max and previously collaborated with Hilton on the 2020 YouTube Originals documentary ‘This Is Paris’.

Paris previously announced her new series earlier this month, when she posted on social media to say she was “excited” to be “taking over the kitchen”.

She wrote: “I’m so excited!! Next month I’m returning to television, and this time I’ll be taking over the kitchen! My new show #CookingWithParis premieres on August 4th, only on @Netflix. Stay tuned for more announcements! #ThatsHotFire #ChefParis. (sic)”

‘Cooking with Paris’ will premiere on Netflix on August 4.