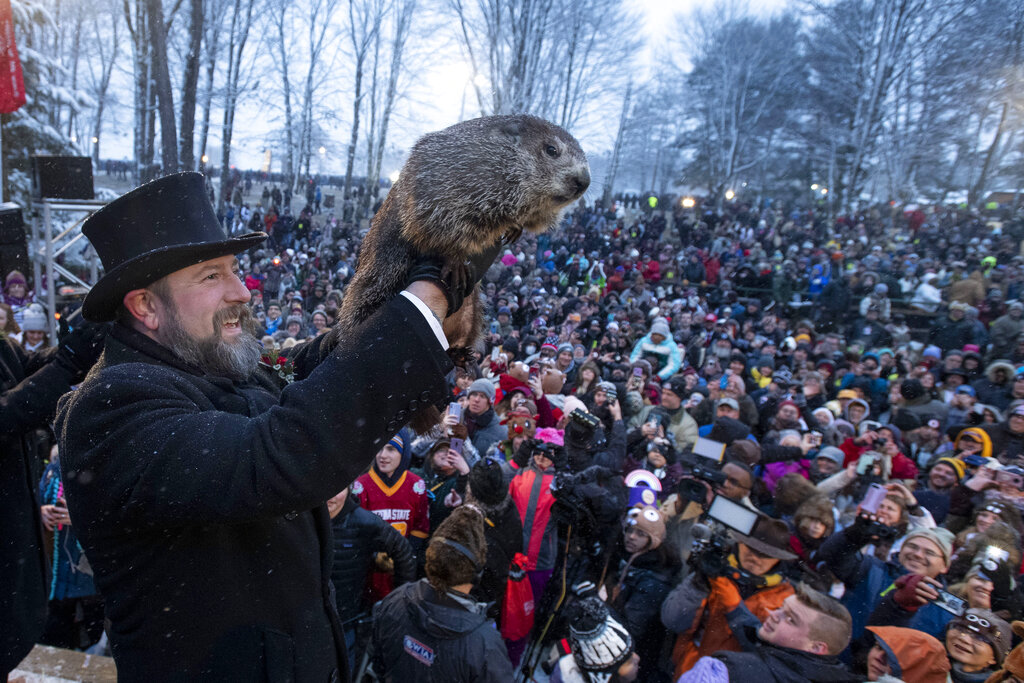 Groundhog Day is Wednesday, and Punxsutawney Phil will reveal whether he thinks there will be an early spring or six more weeks of winter.

Phil will climb up out of his burrow during the rough midway point of astronomical winter at 7:20 a.m. ET Wednesday to see what he can see, or not see. Weather conditions can play a role in his verdict.

According to the legend, if the groundhog sees his shadow, then there will be six more weeks of winter. But if he doesn’t, then an early spring and above-average temperatures are on the way.

All of this begs the questions: What will Phil see? And how accurate are his predictions?

Answers: We’ve a more scientific opinion than Phil, and not very.

Of course, even the organizers of the annual Groundhog Day event in western Pennsylvania acknowledge that turning to a large rodent for weather forecasting is mostly a way to break up winter monotony.

Forecast Will Determine What Phil Sees

Punxsutawney, Pennsylvania, is expected to be mostly cloudy on Wednesday morning. Those clouds are associated with Winter Storm Landon, which should stay far enough to the west in order to keep things dry when Phil emerges. The temperature will be around 30 degrees.

If the forecast for mostly cloudy conditions persists, then Phil would be favored to not see his shadow this year.

How Accurate Is Punxsutawney Phil?

Overall, the groundhog is not very accurate, and NOAA said Punxsutawney Phil has “no predictive skill.”

Based on data from 1887 to 2021, Punxsutawney Phil is more likely to see his shadow. Phil has seen his shadow 105 times, with no shadow 20 times (ten years of data is missing).

Phil saw his shadow again and declared six more weeks of winter in last year’s verdict. His prediction was then followed by the 19th coldest February on record in the Lower 48.

Phil did not see his shadow for the second consecutive year in 2020. His forecast for an early spring came true with temperatures across the continental United States as a whole above average in February and much above average in March.

That ended a three-year stretch where Phil was off the mark.

He did not see his shadow in 2019, but February and March were colder than average. That’s hardly an early spring.

Prolonged winter conditions should have occurred when Phil saw his shadow in 2017 and 2018. Instead, February and March had above average temperatures in both years.

The first mention of Groundhog Day came in 1886 in Punxsutawney. Over the years, several other locations have begun using their own groundhog, including General Beauregard Lee of Atlanta, Dunkirk Dave of Dunkirk, New York, and Jimmy of Sun Prairie, Wisconsin.