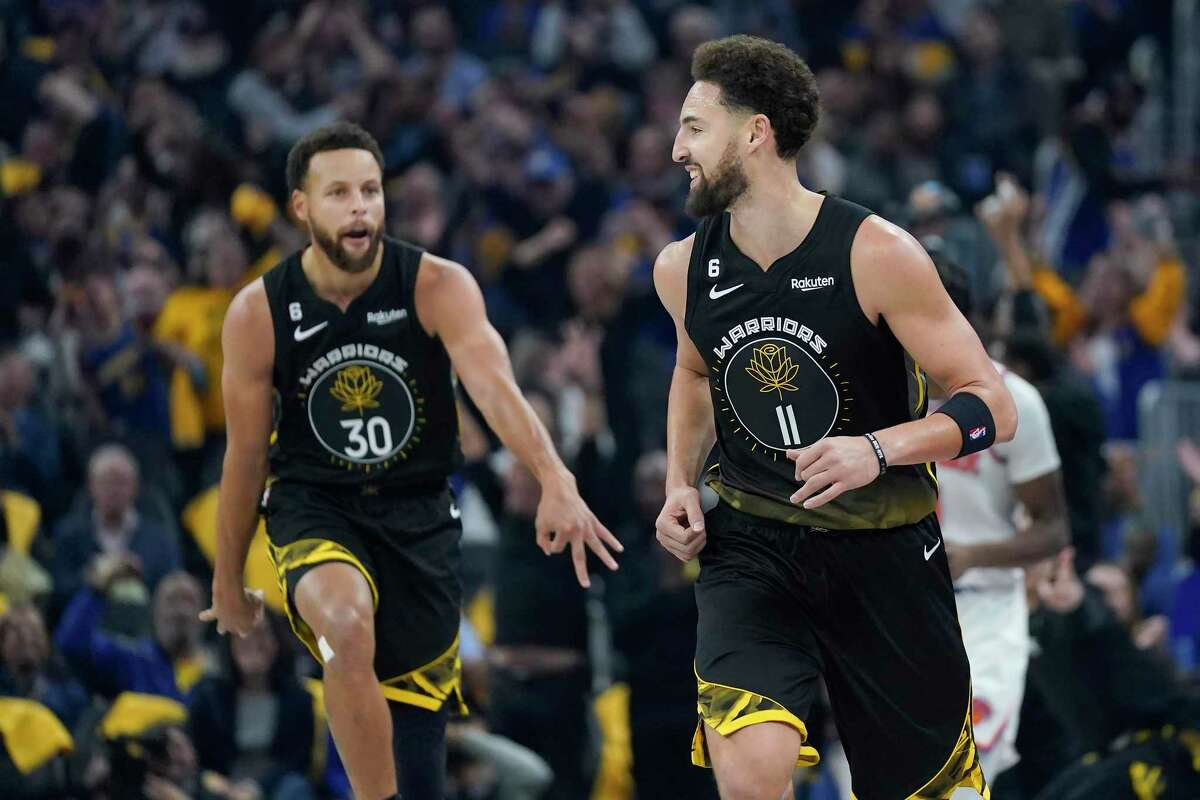 After another road loss in Phoenix, a frustrated coach Steve Kerr called out the team’s lack of commitment to each other and indicated they weren’t playing for one common goal.

The Warriors changed their ways — at least for one night — Friday in their 111-101 win over the New York Knicks.

The group discussed the need to play as a unit on offense and move the ball more, prioritizing easy shots rather than quick, forced attempts. There was also an emphasis on defense, something that had been the Warriors’ bread and butter for years but has been slipping this season.

“We addressed a lot of things that needed to be addressed,” JaMychal Green said after the win. “… We had that hard conversation that a lot of people don’t want to have. We had that conversation, it was much needed. I think it got people more focused and locked in into what we have to do as a team.”

Draymond Green also told Klay Thompson, who had been trying to shoot his way out of an early-season slump, to be patient and trust the team.

And that’s exactly what Thompson did Friday night against the Knicks.

Thompson got off to a hot start, he scored 20 points with four 3-pointers, Stephen Curry added 24 points, 10 assists and six rebounds.

Thompson hit 4 of his first 6 shots with three 3s for 11 early points.

“It seemed like every time Klay just made an extra pass, the ball started to move and then we got a wide open shot,” Kerr said. “We ended up with 32 assists. It started with early on Klay taking a more patient approach. And then the game rewarded him.”

“It just felt incredible to have an efficient night from the field,” he said. “It’s definitely gonna be something for me to build on.”

Jordan Poole scored 13 points off the bench and JaMychal Green 12. He credited a team meeting earlier Friday as the Warriors had a tough conversation about their struggles and addressed “the elephants in the room.”

Fouling was an issue for the Warriors, especially in the fourth. The Knicks, who trailed by 13 points heading into the final quarter, came within eight with less than six minutes left. The Warriors quickly extinguished any momentum New York might’ve garnered on their push, going on an 8-0 run led by Curry and Thompson which put the game away for good.

The Warriors sent the Knicks to the free throw line 34 times, and they made all but two. Meanwhile, Golden State had an uncharacteristic off night from the charity stripe, where they shot 11 of 20.

Overall, Friday was a step in the right direction for the Warriors, who remain winless on the road.

“Much better approach, much better energy and spirit,” Kerr said. “Just the group was connected, they stuck together when the Knicks made a big run and it was a really good effort. Now we just have to do that consistently and I have no doubt that we will.”

Added Thompson, “The common goal is defending our title. So one foot in front of the other.”

The Warriors improved to 7-9 on the season, including 7-1 at Chase Center. They remain winless on the road, but their next opportunity to get their first win away from the Bay Area will come Sunday when they play in Houston against the Rockets, one of only three Western Conference teams who have a worse record.

“I’m actually much more interested in why we’re not playing well on the road than why were are playing well at home,” Kerr said. “I expect to play well at home. We’ve got a good record here over the years and good players, great fans. No reason we shouldn’t control our home court. But we got to start putting it together on the road, too.”

Golden State snapped a three-game home skid to the Knicks and has won its last eight in New York.

“To me, the road record is directly connected to the defense,” Kerr said.

Knicks: C Mitchell Robinson sat out with a sprained right knee. New York lost on the Warriors’ home floor for the first time in four games since a 122-95 defeat on Jan. 8, 2019. The Knicks missed their initial 10 3-pointers before RJ Barrett connected at the 9:15 mark of the second quarter. Derrick Rose, Jalen Brunson and Immanuel Quickley began a combined 0 for 9 from deep.

Knicks: At Phoenix on Sunday in the fourth contest in a five-game, seven-day trip. The Knicks will play at Oklahoma City on Monday night to complete the back-to-back and finish the swing out West.

Warriors: At Houston on Sunday for the first in a road back-to-back that finishes at New Orleans on Monday night.