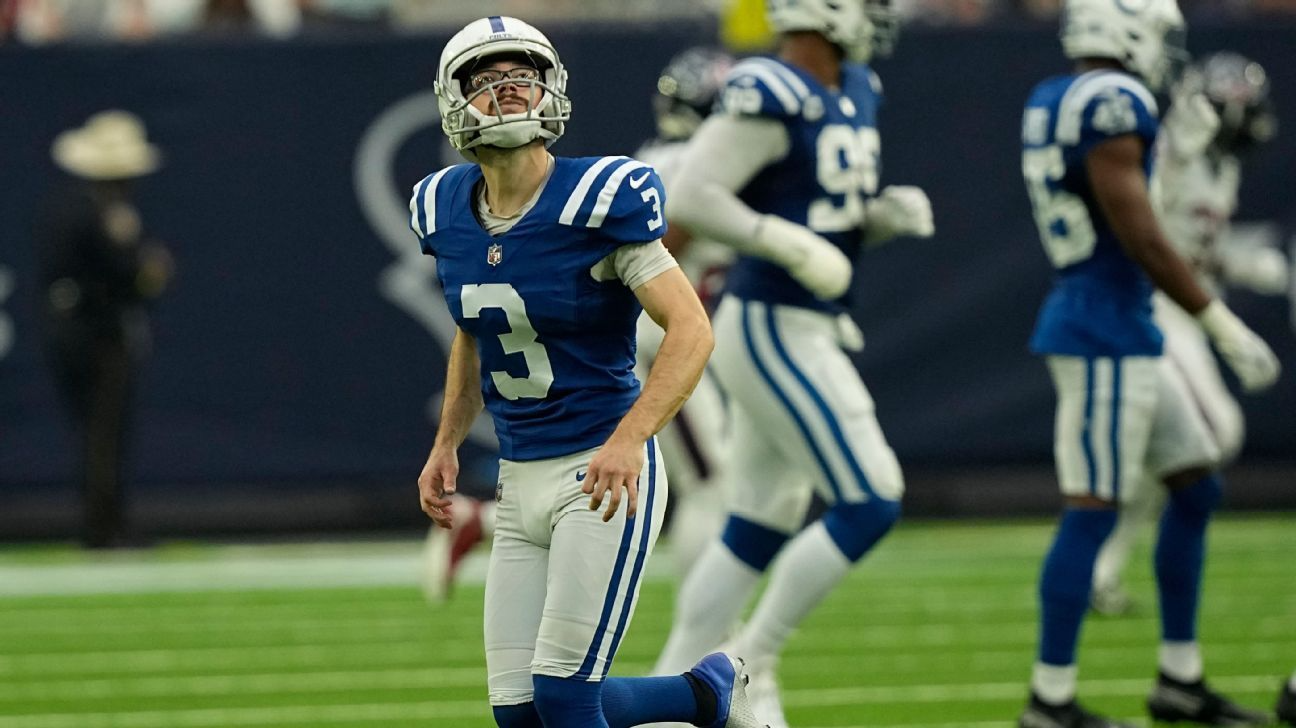 The Indianapolis Colts are moving on from Rodrigo Blankenship one game into the 2022 season.

NFL Network Insider Tom Pelissero reported Tuesday that the Colts are waiving the 25-year-old kicker who joined the club in 2020, per a source informed of the decision. The team has since announced the news.

The Colts are signing kickers Chase McLaughlin and Lucas Havrisik to the practice squad to continue battling for the gig in Week 2 versus the Jacksonville Jaguars, Pelissero added.

After manning the gig for all 16 games in 2020, Blankenship played in five games for the Colts in 2021 before suffering a hip injury that sent him injured reserve. Even when Blankenship got healthy down the stretch last season, Indy elected to stick with Mike Badgley.