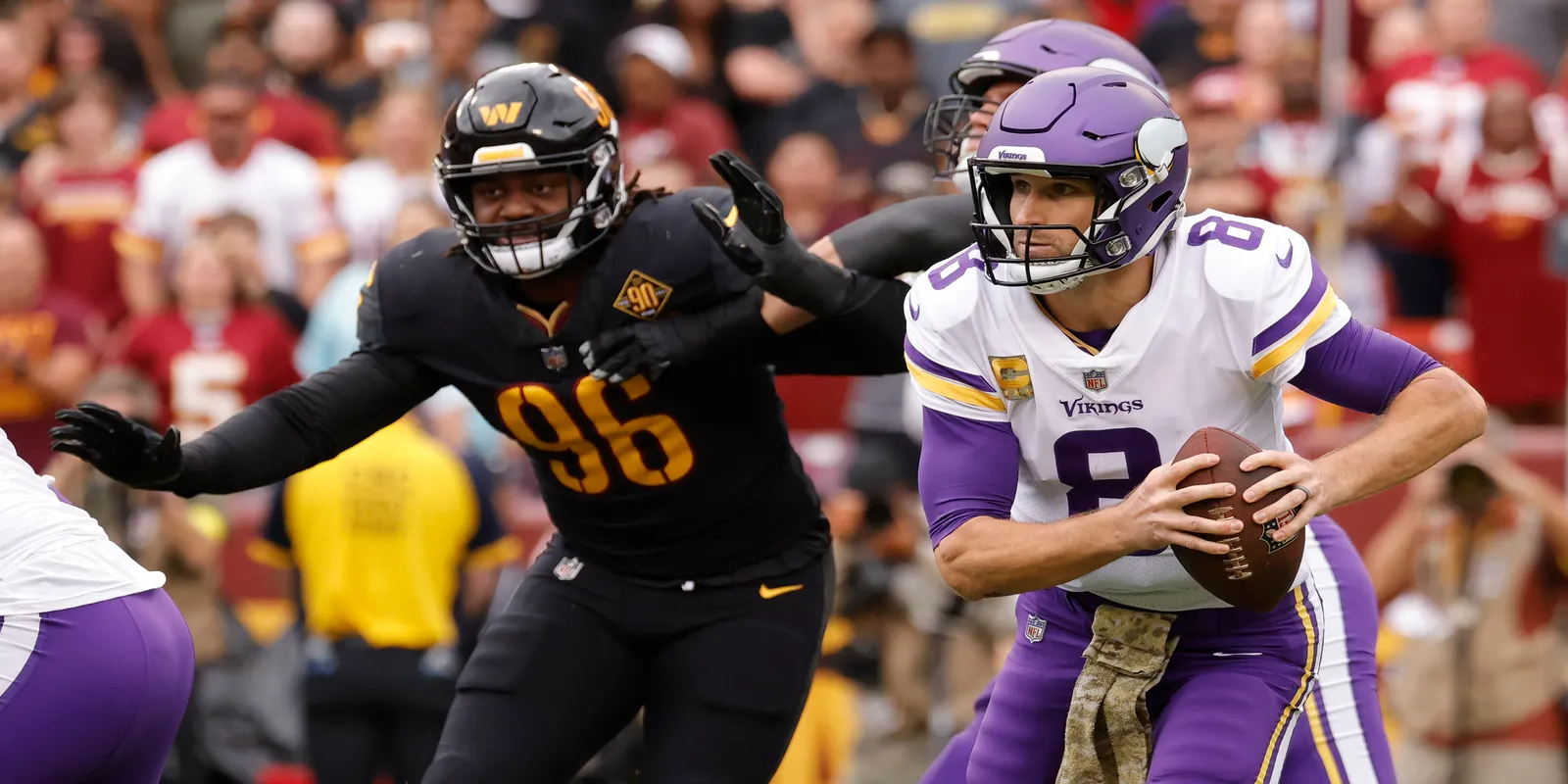 Minnesota Vikings
Fresh from one of the worst home defeats in team history, the Vikings did exactly what they wanted to do on Thursday night: carry on.

Their victory over the Patriots made it much easier to absorb a 37-point loss they suffered at the hands of the Dallas Cowboys four days earlier, one that had questioned whether they are considered one of the NFL’s best teams could.

The victory over the Patriots gave the Vikings their second win against a team with a three-game winning record. If someone told you that the Vikings would beat the Patriots and the Buffalo Bills in three weeks, what would you say about them? It could reasonably be argued that they are among the top five teams in the NFL.

Equally important, a game by the Cowboys that recipient Justin Jefferson described as “embarrassing” and “a disaster all round” can be viewed more as an aberration than a deep dive into the Vikings’ future.

The Vikings now have 10 days to prepare for their next home game against the New York Jets as they move closer to an NFC North title and continue to compete for the NFC’s top seed.

Describe the game in two words: Very close. The Vikings took the lead three times in that game, lost it twice, and tied with the Patriots a total of five times. Games like this are rare in the NFL. It was only the second time in seven seasons that the score had been separated at least five times, according to ESPN Stats & Information.

QB Breakdown: Kirk Cousins ​​threw a poor interception in the first quarter, a throw off his back foot that sailed wide past receiver KJ Osborn, but he avoided all other big mistakes during that prime-time game. He finished with 30 completions, the most against the Patriots this season, on 37 attempts for 299 yards and two points. Most importantly, he expertly propelled the Vikings to their winning touchdown, throwing a perfect 36-yard go pass to Jefferson before finding Adam Thielen open for a 15-yard score.

key game: Returnee Kene Nwangwu returned a 97-yard kickoff for a touchdown in the third quarter, his first of the season after scoring twice as a rookie last season. The return answered a Patriots touchdown in the previous game and leveled the score at 23, a key emotional swing that allowed the Vikings to dodge a potential avalanche. The Patriots were one of the few teams to challenge Nwangwu this season. He came in with 19 returns all season as most teams kicked deep on touchbacks, but he had five against the Patriots alone.

New England Patriots
The Patriots’ red-zone struggles on offense returned to haunt them Thursday night against the Minnesota Vikings.

They were 0 to 3 inside the 20 yard line against the NFL’s last-placed red zone defense. The Vikings were 3 out of 5.

Of course, there’s more to it, but until the Patriots find answers to turn those situations into points, it threatens their hopes of making a push for the postseason. Quarterback Mac Jones had talked about “flipping the switch” in the red zone, but that didn’t pan out against the Vikings.

A tight decision in the third quarter that was overturned by umpire Alex Kemp on the replay — when Jones initially appeared to score a touchdown with tight end Hunter Henry — was a notable aspect of the team’s lack of red-zone production.

Largest hole on the board: It’s similar to most teams playing the Vikings – coverage receiver Justin Jefferson. He shredded the Patriots (9 catches, 139 yards, 1 TD) and showed why he’s one of the NFL’s best pass catchers.

Describe the game in two words: playoff caliber. A great environment at US Bank Stadium and two teams that met head to toe.

Promising trend: The undermanned offensive line — with Trent Brown on the left, Cole Strange on the left, James Ferentz in the middle, Mike Onwenu on the right and Yodny Cajuste on the right — offered Jones the best pass protection he had all season. As a result, Jones looked like a different quarterback.

Under-the-radar stats that count: The Patriots conceded five first downs from penalties, the most in a game in the last three seasons. It’s her highest since week 11 of 2019 in Philadelphia (also five).