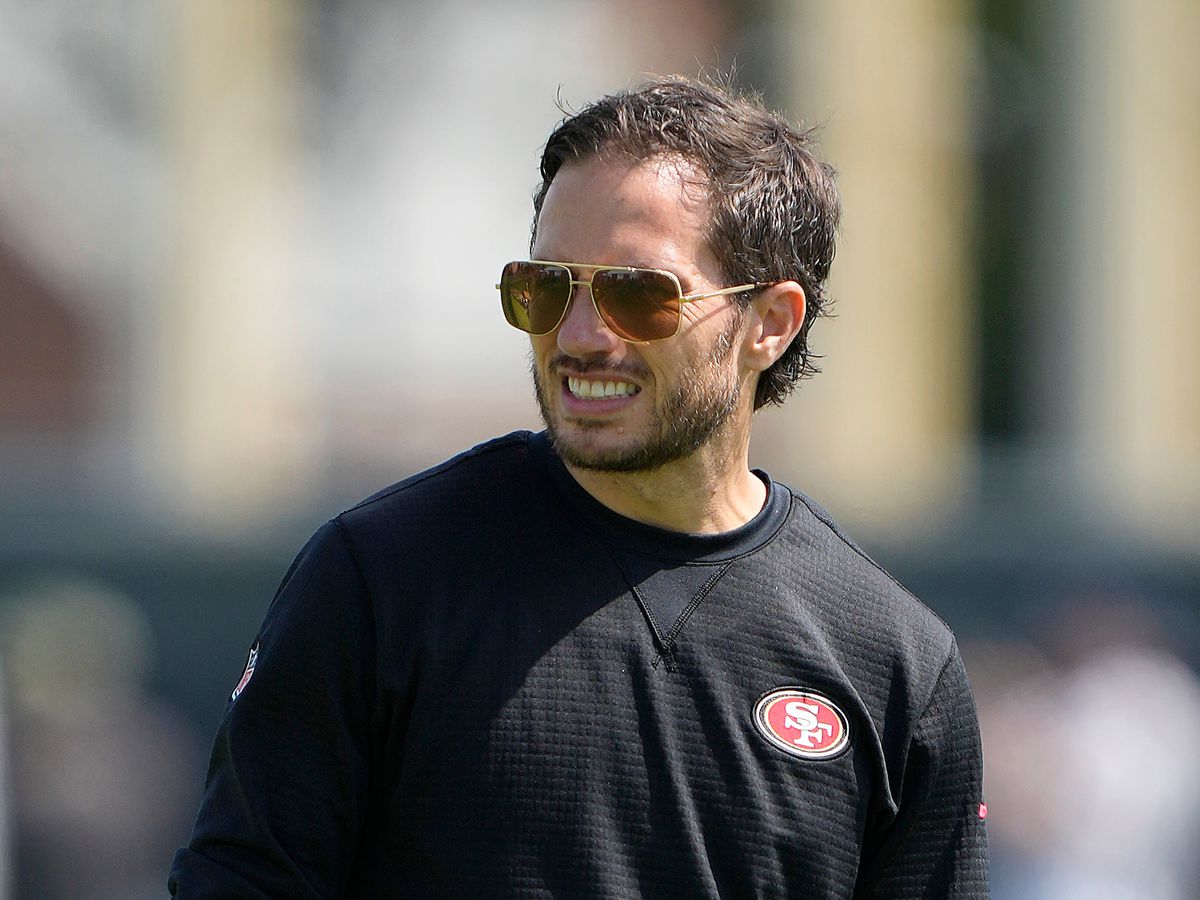 McDaniel, 38 and headed for his first stint as a head coach, will take over a team coming off of back-to-back winning seasons but that hasn’t made the playoffs since 2016 or won its division since 2008.

McDaniel, who is multi-racial, fills the vacancy created by the firing of Brian Flores, who is Black. On Tuesday, Flores filed a lawsuit in Manhattan federal court against the NFL and three of its teams — the Broncos, Dolphins and Giants — alleging a pattern of racist hiring practices by the league and racial discrimination. The suit also alleged that Dolphins owner Stephen Ross told Flores he would pay him $100,000 for every loss during the 2019 campaign, Flores’ first with the club, so that Miami would end up with the top pick in the 2020 NFL Draft, which was eventually used by the Cincinnati Bengals to select quarterback Joe Burrow.

The Dolphins have denied Flores’ allegations, with Ross issuing a statement in which he called Flores’ claims “false, malicious and defamatory.” Rapoport reported the league is expected to investigate Flores’ allegations that Ross offered him money for losses. Flores led the Dolphins to a 24-25 record over three seasons in Miami.

There are two remaining head coaching vacancies in the league: the Houston Texans and New Orleans Saints.

Perhaps the most pressing priority for McDaniel will be to build up a Dolphins offense that finished 25th in total yards in 2021. That process will start with further developing third-year QB Tua Tagovailoa. Rapoport reported on Jan. 15 that Tagovailoa is expected to be the Dolphins’ starter next season, and that Miami’s leadership hoped to hire a coach who could extract the best out of the young passer.

While much of the attention going forward will be on McDaniel’s work with Tagovailoa, the coach’s reputation as a run-game specialist could spell major improvement for Miami’s rushing attack, which finished 30th in 2021.

McDaniel was part of a much-ballyhooed 2012 Washington coaching staff that included Kyle Shanahan (OC), Matt LaFleur (QBs) and Sean McVay (TEs) while McDaniel served as an offensive assistant. Washington led the NFL in rushing that season and made the playoffs.

Now, McDaniel will need to build his own staff, but Rapoport reports he has interest in keeping many of Miami’s defensive assistants under contract, most notably defensive coordinator Josh Boyer.