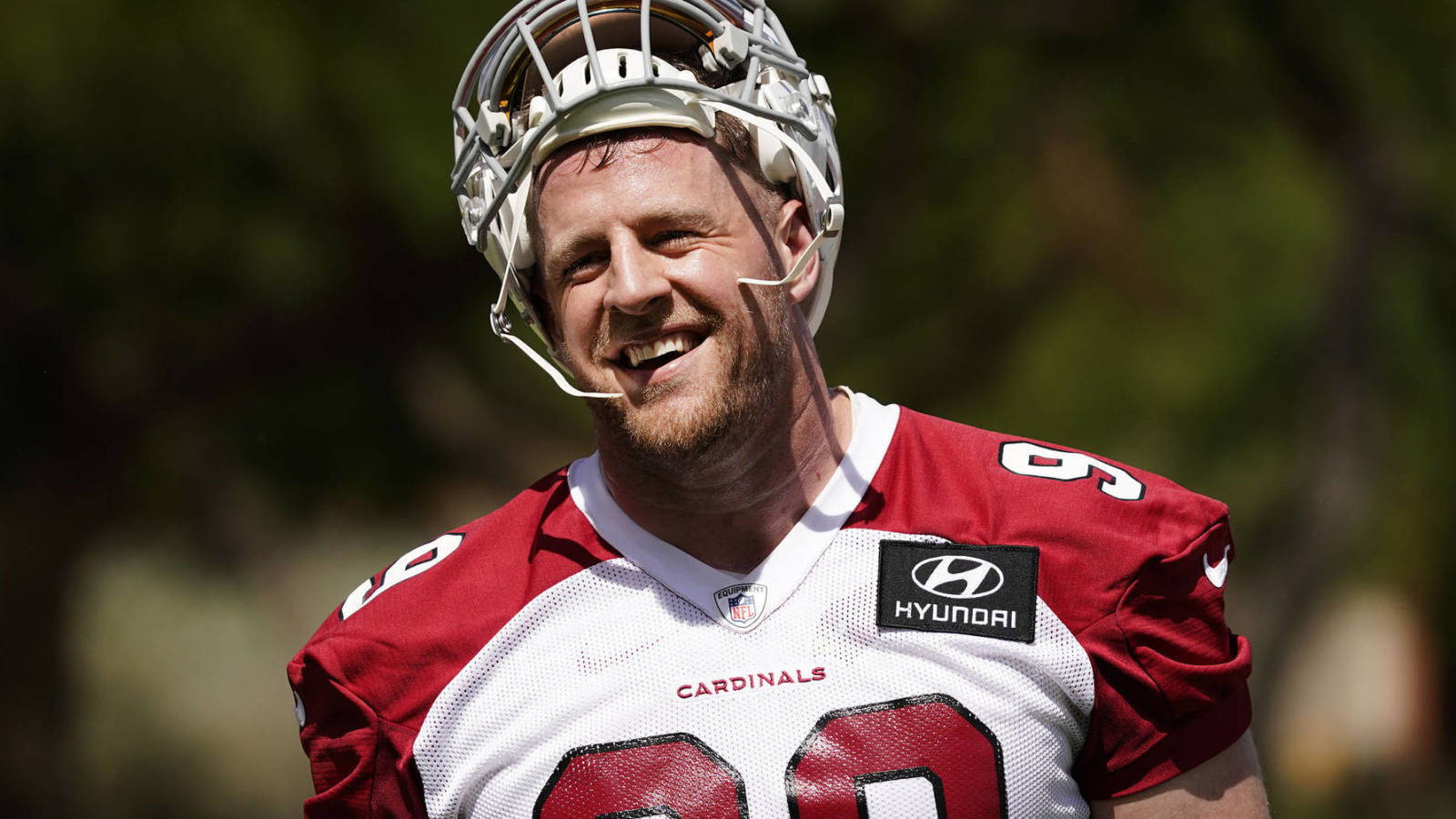 The Arizona Cardinals have decisions to make ahead of the team’s final preseason game against the New Orleans Saints. There’s a number of players on defense, especially the defensive line, who are still unavailable to perform.

However, there is one defensive lineman who has worked his way back onto the field:  J.J. Watt. On Monday, August 23, the five-time All-Pro defensive end returned to the practice field from the Physically Unable to Perform list (PUP), as captured by ESPN’s Josh Weinfuss.

Arizona also activated outside linebacker Dennis Gardeck from the physically unable to perform list and wide receiver Andy Isabella from the Reserve/COVID-19 list. Gardeck’s return comes at a huge surprise since he’s been rehabbing a torn ACL he suffered in Week 15 of 2020. He had 7.0 sacks prior to the injury.

Isabella is on the wrong side of the roster spectrum. He’s immensely behind and needs to catch up on reps as receivers KeeSean Johnson and Rondale Moore have gotten the most of their playing time. Coach Kliff Kingsbury says Isabella will get a lot of playing time.

“That’s important to see how he responds in a game and I expect him to play a lot on Saturday,” Kingsbury said, per AZ Sports’ Tyler Drake.

What’s Next for Watt

Watt, who signed with the Cardinals this offseason, told ESPN’s Lisa Salters on Friday night that he would practice on August 23. He’s been on the physically unable to perform list with a hamstring injury. It still isn’t likely he will make his preseason debut against the Saints on August 28.

Coach Kliff Kingsbury said the team would ease Watt back into things at practice on Monday, according to Sports Illustrated’s Donnie Druin

“I’m not sure exactly the amount of team reps he’ll take today but we’ll be having to pull him out of there I’m sure,” Kingsbury said, via Tyler Drake.

The biggest void in 2020 for the Cardinals was veteran leadership. Kingsbury touched upon that aspect right after Watt’s signing.

During the 2020 season, Watt had 5.0 sacks and 17 QB hits. Watt will look to make an even bigger impact on a team that hasn’t made the playoffs since 2015-16. The three-time Defensive Player of the Year is expected to bring a dominant edge to Arizona and should be ready for the challenge come week one.

While it’s not expected any will play the last preseason game, it’s a good stepping stone to become football-ready for the season opener. Guard Justin Pugh is still on the Reserve/COVID list, but Kingsbury expects him to return this week.

Defensive tackle Jordan Phillips is still uncertain to return but is hopeful to return Week 1 according to Kliff.

“We’re not sure just yet,” head coach Kliff Kingsbury on Monday. “He’s played a lot in this league. We feel confident when he’s back ready to go, he’ll be full throttle.”