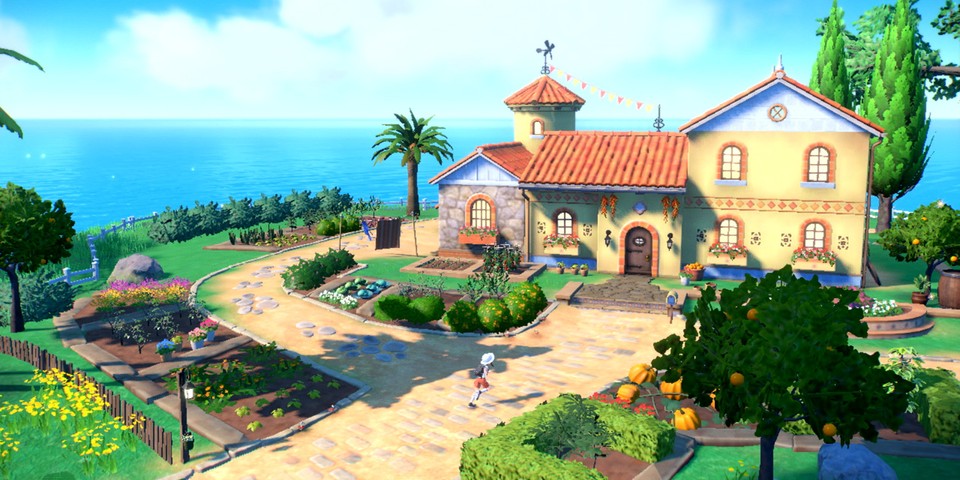 Surprise! There are even more Pokémon games on the way. At a livestreamed event on Sunday morning, The Pokémon Company teased two new titles: Pokémon Scarlet and Violet. The games are expected to launch on the Nintendo Switch in late 2022, and the brief teaser looked reminiscent of 2019’s Pokémon Sword and Shield. The games are described as an “open-world adventure” and developer Game Freak says they “take a new evolutionary step in the Pokémon main series.” You can get a glimpse of the new starters in the image below.

Trainers can explore an open world where various towns with no borders blend seamlessly into the wilderness. Pokémon can be seen everywhere in this wide-open world — in the skies, in the sea, and on the streets.

As one of the main characters, trainers will jump into the world of Pokémon Scarlet and Pokémon Violet to begin their adventure, where they will have a different outfit depending on which game they are playing. Trainers will then choose either Sprigatito, the grass cat pokémon, Fuecoco, the fire croc pokémon, or Quaxly, the duckling pokémon to be their first partner pokémon before setting off on their journey.

The other big news is that Pokémon Legends: Arceus, which just launched earlier this year, is getting a software update called “daybreak.” It’ll be available for free later today, and includes a new quest to investigate. The Pokémon Company also announced that it’s creating an animated series that’s set in the Hisui region from the game, which is expected to debut later this year.

Also part of the announcement was a big update coming to Pokémon Go, in which monsters from the Alola region — which first debuted in Pokémon Sun and Moon — will be coming to the game starting on March 1st. And the competitive battle game Pokémon Unite will also be getting some notable new features, including new, more intense fights called “fury battles” that launch today. Players who log in now will also get limited edition Pokémon Day gear to wear while playing.