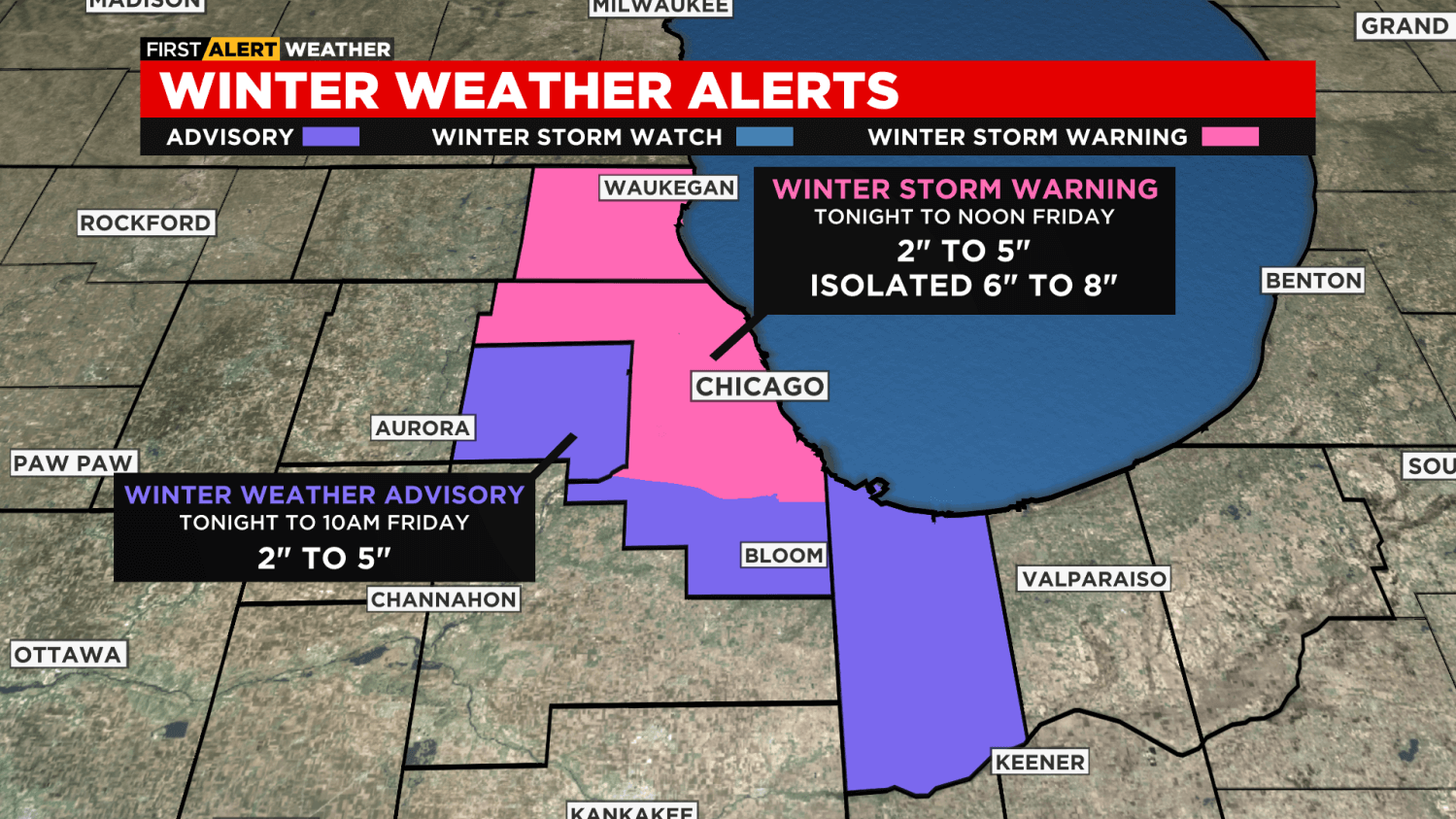 A winter storm warning has been issued for parts of Chicago and the northern suburbs, with up to eight inches of lake-effect snow possible wherever the heaviest snow bands make landfall.

According to the National Weather Service, the warning will take effect in Lake County, along with northern and central Cook County in Illinois, at 2 a.m., and will remain in effect through noon on Friday.

DuPage County and Southern Cook County in Illinois, as well as northern Lake County in Indiana, will remain under a winter weather advisory through 10 a.m. Friday.

According to the National Weather Service, heavy lake-effect snow is expected to begin falling overnight, with two or more inches falling per hour at times wherever the heaviest bands end up.

In Lake County and in parts of Cook County in Illinois, between 4-to-8 inches of snow could fall in the most-impacted areas, but snowfall totals will vary widely across short distances due to the nature of lake-effect snow bands, according to the weather alert.

Those areas outside of the heaviest bands of snow will likely see less than four inches of snow Friday, according to forecasters.

Those areas that are most heavily impacted will see horrendous travel conditions, with visibility reduced to less than a quarter-mile and rapid accumulation rates on roadways that will make it extremely difficult for plows to keep up.

Forecasters are urging motorists to postpone travel when possible in the impacted areas.

It is still possible for snow bands to shift slightly to the east, which would spare Lake County in Illinois, but it is unclear at this time where the band will ultimately settle.

Areas of western Cook County could see less than an inch of accumulation.

In southern Cook County and in northwestern Lake County, 2-to-5 inches of snow are possible, especially in areas close to Lake Michigan. Areas further inland will likely see less than that, officials said.

Motorists are still advised to use caution, and are reminded that travel issues are still possible due to the hazardous conditions.

The snow is expected to move out of the area by late morning and into the early afternoon, according to forecasters.