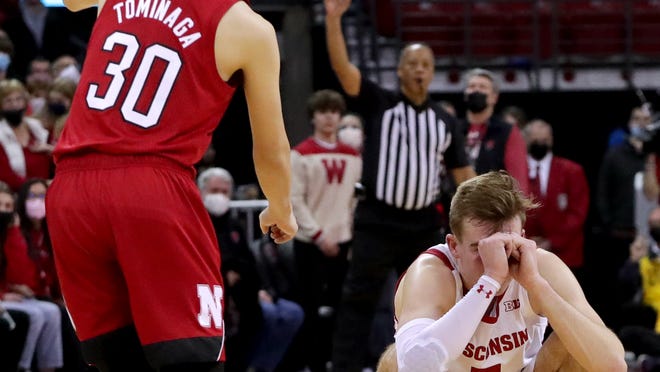 Tenth-ranked Wisconsin lost leading scorer Johnny Davis when he was injured on a flagrant foul early in the second half, and the Badgers missed a chance to clinch the Big Ten title outright by falling to Nebraska 74-73 on Sunday.

Davis was hurt when he was fouled on a layup try by Trey McGowens with 17:32 left. Davis went to the locker room and didn’t return to the bench, and the Badgers said he was out with a lower body injury.

Davis averages 20.3 points and 8.3 rebounds. He scored 10 before being injured by McGowens, who was ejected.

“The officials knew my thoughts, and knew them actually before it happened on some other things that I saw. I’ll leave it at that and I’ll watch the replay and I’ll make the necessary phone calls,” Gard said.

Wisconsin (24-6, 15-5) now must settle for sharing the title with No. 20 Illinois, which beat No. 24 Iowa 74-72 on Sunday night. Illinois will be the top seed in the Big Ten tournament that begins Wednesday at Indianapolis.