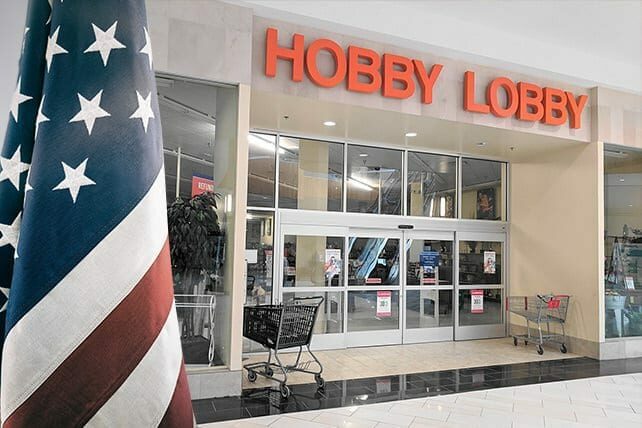 Founder of Hobby Lobby David Green is sharing why he chose to give away the company.

Green penned an op-ed for Fox News titled, “My decision to give away ownership of Hobby Lobby: I chose God.”

David Green, 80, founded the company in his home country Oklahoma in 1972 and has spearheaded the growth of the family company into a nationwide chain with an annual turnover of 6.4 billion.

Opening his piece, Green mentioned Patagonia’s founder who recently made headlines “when he gave away the ownership in his company to allow the mission and purpose to remain intact.”

He added, “I experienced a similar decision-making process with my ownership of Hobby Lobby; I chose God.”

Green explained the thought process “reflects a basic competition of ideas that I think every business leader should reflect upon. What is the true source of your success?”

He reflected on a period of time in the mid-1980s during which he acknowledged God is the one who gives success.

“The Bible says in Deuteronomy 8.18 that it’s God who gives us the power to make wealth,” Green wrote.

Encouraging leaders to “consider their source of truth,” Green asked, “What is the basis upon which they make decisions? Is it just themselves, or even a leadership team?”

For Green, his “source of truth has always been prayer and the Bible.”

The op-ed goes on to emphasize the importance of tithing.

“In fact, tithing is one of those areas where God specifically challenges us to give and see if he won’t throw open the windows of blessing (Malachi 3:10). Can you imagine what would happen if every top leader in business became a tither? There would be literally billions available for good work around the world,” Green wrote.

Pivoting to the idea of ownership, Green shared that “attorneys and accountants advised me to simply pass ownership down to my children and grandchildren. It didn’t seem fair to me that I might change or even ruin the future of grandchildren who had not even been born yet.”

Recognizing his purpose was to “honor God,” Green claimed he and his wife “worked hard and God gave the results. As we were blessed by God, we saw it as a great privilege to give back. We’ve been able to provide hope through supporting ministries and planting churches all over the world.”

The op-ed also dives deeper into the practices of the company.

“I also had a responsibility to the employees that God had put in my charge. This is why our company pays a minimum wage of $18.50 per hour, why we close on Sunday (which had been our most profitable day of business), and why we close by 8 p.m. every day,” Green wrote.

Mentioning other business ideas, Green said, “I’ve seen many a business with the greatest of ideas not make it, and yet others with the simplest of ideas thrive. I believe that God is the one who grants success, and with it the responsibility to be a good manager.”

According to Forbes, the net worth of the company as of Friday is worth more than $13 billion.

Hobby Lobby now has 969 stores in 47 states – every state except Alaska, Hawaii and Vermont

Green gave detailed information about his religious beliefs, but unlike Chouinard and Barnhart, he did not clarify to whom, when, and under what terms the company would be transferred.

It’s also unclear if he plans to give away his personal fortune, as well as Hobby Lobby.