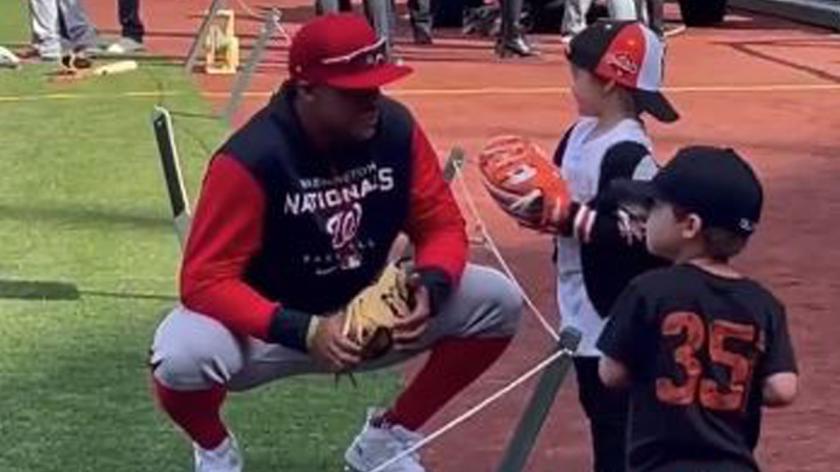 Brandon Crawford and Juan Soto are two of the biggest stars in Major League Baseball, and it’s clear the two share a close bond off the field as well.

Crawford, Braxton and Bryson, Crawford’s other son, got a photo opportunity with Soto as well.

One week ago, Crawford and Soto were seen chatting and laughing during the Giants-Nats game at Nationals Park.

Soto, who is a bonafide superstar at only 23 years old, reportedly turned down a lucrative contract extension from the Nationals in the offseason. He’s projected to be a free agent after the 2024 season, leading to good-natured speculation that Crawford could be selling Soto on the idea of playing in San Francisco in the future.

However, the Giants lead the NL West with a 13-6 record, while Soto’s Nationals are only 6-15. While it’s highly unlikely any serious recruiting was going on, it’s always fun to speculate.