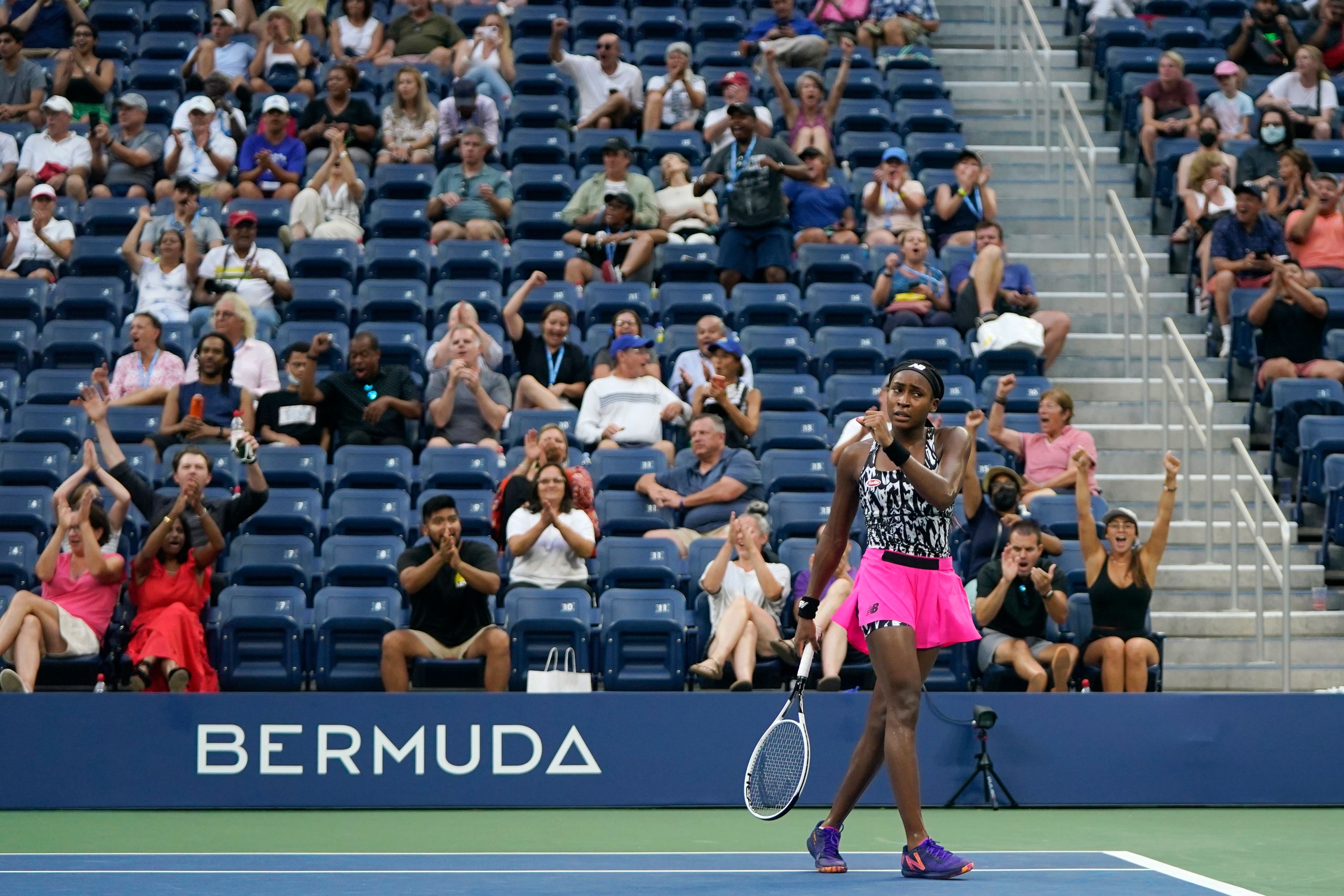 The fourth-round match between No. 6 seed Bianca Andreescu of Canada and No. 17 Maria Sakkari of Greece ended at 2:13 a.m. Eastern time Tuesday, the latest-ever finish of a women’s singles match at the U.S. Open. The previous latest finish was 1:46 a.m. in a 2016 match between Madison Keys and Alison Riske.

Sakkari ended Andreescu’s 10-match winning streak in U.S. Open play by defeating the 2019 champion 6-7 (2), 7-6 (6), 6-3 and earning a place in the quarterfinals against Karolina Pliskova. The match was 3 hours 30 minutes of physically demanding, pound-the-ball tennis, capped by Sakkari starting her post-match media session at 2:30 a.m. And she isn’t a night person.

“I actually think I have a very bad record with night matches. When I found out [Sunday] I’m playing night, I was not happy at all because I’m an early morning person. I still haven’t figured out how I have to plan my day,” she said.

“But Tom [Hill, her coach] was like, ‘Before the match, I’m giving you my word that after this match, you’ll change your mind from night matches,’ and he’s right.

Andreescu was limping badly by the end of her match and often falling because of an apparent problem with her left thigh. She received medical treatment in the third set. She lands on her left leg when she serves, and she could be seen wincing when she had to push off on that leg or land on it.

Andreescu said in a statement released by the Women’s Tennis Assn. that she had experienced leg cramps and also felt the impact of sliding and falling on her groin.

She was prepared for a tough match, she said, and she got one.

“I was expecting that, and I went out there with the right mind-set, I think, and I did the best that I could,” she said. “I wish I could have finished it in two sets, because I had my opportunities, but tennis is just like that sometimes.

“I take everything from this tournament and I just look at it like, ‘Wow, I really fought through that.’ That was crazy. …. I just kept fighting, and for me that’s all that matters. I did my best.”

Sakkari said the momentum shifted in the middle of the second set, after she decided she had been too passive.

“I think in the first set especially I was not going for my shots like I normally do. I was a little bit, you know, not very confident with my groundstrokes,” she said. “I said, ‘Maria, if you want to win this match, you have to go for it. It’s better if you go for it and miss than just make balls, she hits winners.’”