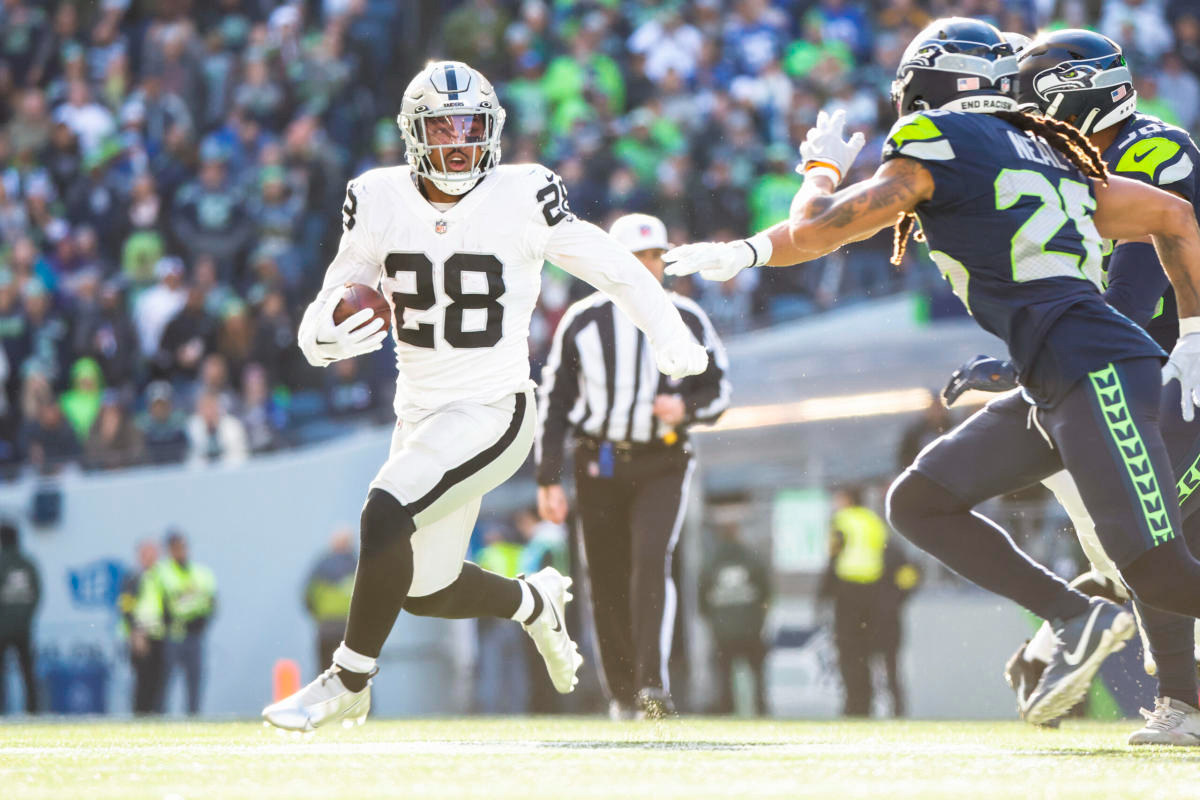 After a Week 11 win over the Broncos, the Raiders traveled to Seattle to take on the Seahawks in Week 12. They were able to get another huge win, defeating the Seahawks 40-34 in overtime.

The Raiders were able to tie the game at 34-34 with just under two minutes left. It was Foster Moreau who caught the game-tying touchdown for the Raiders before Daniel Carlson knocked in the extra point.

The game went to overtime with the Raiders winning the opening coin toss. But after a promising drive that went into Seattle’s territory, the Raiders were forced to kick a 56-yard field goal, which Daniel Carlson missed wide right.

The Raiders were able to get a stop on the next drive after a Maxx Crosby pressure forced Geno Smith to throw the ball away. And on the first play of the next drive, Josh Jacobs had an 83-yard touchdown run for the win.

It was another huge game for Jacobs, who continues to play at or near an All-Pro level. Jacobs ran for over 290 yards again on Sunday, but he also was a big factor in the passing game. He had over 300 yards as the Raiders gave him nearly 40 touches.

Well, I think our team is obviously learning how to be resilient, and give Seattle a lot of credit. This is a good football team. They’re well-coached like we thought they would be. Pete does a great job. They gave us some fits on some things and made some adjustments, and we had to make some adjustments. It was a very interesting game in that regard. But I thought our guys were tough. We kind of had some highs and lows, and lost the lead there and then came back and then lost it again, then came back. I know we missed some opportunities to maybe get the lead stretched a little bit, but we wanted to be aggressive today and try to give our guys an opportunity to do that, and I thought they came out with the right mentality. Lo and behold, we just keep playing and string together two in a row. Feels good to win, and like I said, credit our guys; they kept fighting.

For us, we had our chances to win the football game. They were obvious, so clear. You all know them. To give them the opportunity to stay in there and hang in there, they’ve been hanging, they’ve been in close games all year long. Nothing different for them. They get the big play to win the thing, which isn’t really the statement of the game. It’s a good deal for them, for Josh. I’m going to go back to everything we look at this film, we’re going to see the opportunities that got away from us that we just didn’t take care of. We did some things in the game we wanted to on defense to try to slow down Davante and take him kind of real seriously. We gave up way too much in the running game. We did not play the run worth a darn in getting that done. We didn’t rush the passer as well as we needed to either. That’s just what happened in this game. I give them credit. They outplayed us and got their win. But it’s really frustrating because the game was there to be won. The fumble that we had going in, we get the stop on fourth down, big stop on fourth down, get the ball around midfield, we don’t get a first down there. You can look at it both ways. Everybody was involved in this thing. We’re not going to say a whole lot about it, not going into detail, but we’ll deal with it in the next couple days.

The Raiders will host the Los Angeles Chargers in Week 13. These two teams played in Week 1 with the Chargers getting a five-point win. At this stage of the season, it’s probably a win-or-go-home game for both teams.