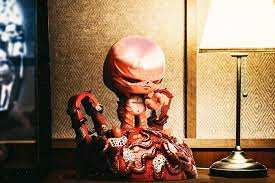 The 13-track project, which marked Miller’s sixth mixtape and included features from Talib Kweli, Sir Michael Rocks, Bun B, and The Come Up, was originally released back on October 14, 2011. I Love Life, Thank You was released after Miller launched his “Road 2 a Million Fans” campaign in April of 2011. As the title of the campaign suggests, Miller, who at the time had just reached a follower count of 300,000 on Twitter, announced his goal of hitting one million followers on the social media platform. When he h  announced it 500,000, Miller released “Family First” featuring Talib Kweli. He subsequently released “Just a Kid” when he hit 600,000 followers, “The Miller Family Reunion” when he got to 700,000 followers, and “Cold Feet” when he accumulated 800,000. The rapper then dropped “Willie Dynamite” after getting to 900,000 followers.

After eventually reaching the million mark, Miller dropped I Love Life, Thank You.

The rapper’s debut studio album, Blue Slide Park, was released about a month after I Love Life, Thank You. Miller went on to drop four more albums while he was alive. Circles, Miller’s sixth and final studio album, was released posthumously on January 17, 2020. Mac Miller, real name Malcolm James McCormick, passed away on September 7, 2018. He was 26.