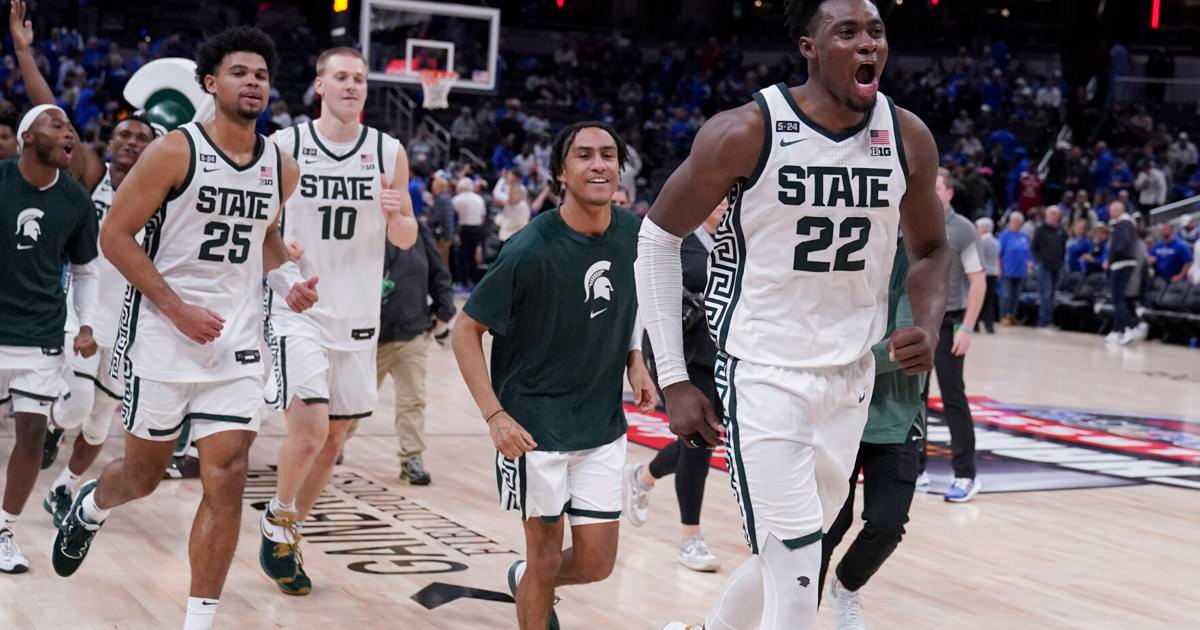 Playing at full strength for the first time this season, the No. 4-ranked Kentucky Wildcats failed its first big test with an 86-77 double-overtime loss to Michigan State on Tuesday night in the Champions Classic at Gainbridge Fieldhouse in Indianapolis.

Five things you need to know from the Kentucky Wildcats’ 86-77 double-overtime loss to the Michigan State:

The best player in college basketball made his season debut and had an immediate impact on both ends of the floor, scoring and getting key rebounds. He finished with another double-double, his 17th straight, and extended his range with a few jump shots to go with his offensive prowess in the low post. Simply put, Oscar is the heart and soul of this Kentucky team and needs more help on the boards when playing physical teams. He finished with 22 points and 18 rebounds and had four blocks.

The freshman point guard was outstanding on Tuesday night, playing like a seasoned veteran as he proved to be a tenacious defender and had eight steals to set a new school record. Ashton Hagans, Rajon Rondo, and Wayne Turner previously shared the single-game record. The former Texas Player of the Year scored back-to-back baskets to break a 42-42 tie as the Wildcats moved ahead 46-42 early in the second half and his ability to distribute the ball and score when needed was a big boost for the offense. The bad news is that Wallace missed a couple of key free throws late that proved to be costly.

Kentucky entered the game having made 22 of 43 three-point shots in routs of Howard and Duquesne to open the season. The treys proved a bit tougher against a high-level power-five roster such as Michigan State’s.

Kentucky made only seven of 25 from behind the arc vs. the Spartans. UK’s primary long-range marksmen, CJ Fredrick and Antonio Reeves, never got dialed in. Fredrick went 1-of-6 on three-pointers, 2-of-7 overall. Reeves was 1-of-3 on treys, 1-of-7 overall. It is incredibly early in the season and Kentucky will benefit from playing in a close game against a good team. However, at least for now, the Cats may not have quite as many reliable ways to score as it has appeared against over-matched competition.