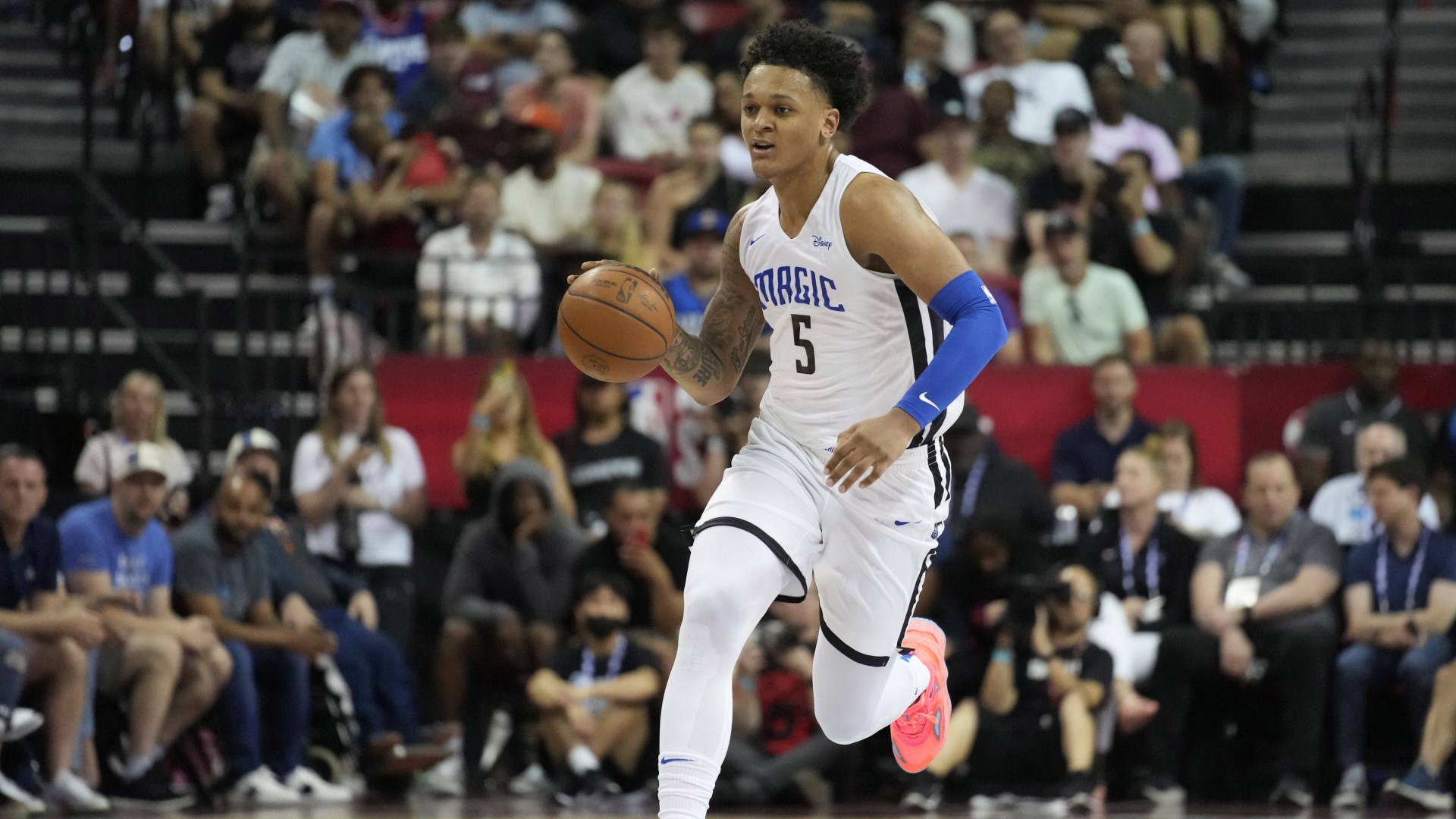 Here’s what happened in the first few seconds of this year’s NBA Summer League: Amid the squeaking of sneakers, and the noise generated by the people filling just about every lower-bowl seat in the arena, one voice could still be clearly heard.

That voice belonged to Paolo Banchero.

In the first moments of his first NBA game, Banchero was the loudest talker on defense for the Orlando Magic. And that was one of many, many good signs the 19-year-old out of Duke displayed during his opening night of professional basketball.

The determination on whether the Magic made the right decision by taking Banchero with the No. 1 pick in this year’s NBA draft won’t be made over the next few days in Las Vegas, or by what happens when the regular season starts in October, or if he wins Rookie of the Year. It’ll be made years from now, when there’s an actual body of work to judge.

Yet on Thursday night in Las Vegas, this much was already clear: The kid knows how to play.

Banchero’s final numbers from Orlando’s 91-77 win over the Houston Rockets were these: 17 points on 5-for-12 shooting, along with six assists and six fouls (you’re allowed more in Summer League) in 26 minutes. They’re all completely irrelevant, even though overreacting to summer stats is quickly becoming an annual NBA tradition.

The relevant part was how Banchero just kept making the right play.

The Magic were going to be part of the first game of Summer League even before drafting Banchero; the schedule for Las Vegas came out a few days before the draft happened. It was a made-for-TV event, with a 10 p.m. Eastern starting time as part of the NBA marketing the opening night doubleheader — Portland and Detroit were playing after the Rockets-Magic game — as Midnight Madness.

But Banchero was part of the reason the night had a big-game feel. Scalpers were outside the arena three hours before the game, casually asking if anyone needed tickets. Magic coach Jamahl Mosley couldn’t walk 10 feet inside UNLV’s Thomas and Mack Center without someone saying hello or shaking his hand. Big names — a past No. 1 pick like John Wall, a Hall of Famer like Jerry West, an All-Star like DeMar DeRozan, a NBA champion like Kyle Kuzma — grabbed courtside seats to watch.

The first time Banchero touched the ball, he didn’t hesitate in whipping a pass to Devin Cannady for an open 3. His next touch, he drew a foul against Jabari Smith Jr. — the No. 3 pick by Houston, someone who many thought Orlando would take with the No. 1 selection.

He made his first four shots, two of them from 3-point range. He forced Houston into at least three turnovers just by being in the right place on defense. He felt a double-team coming on a post-up and again made the smart play, finding the open Cannady for another 3.

He was not flawless, of course.

Orlando’s Emanuel Terry made a great back-door cut that should have gotten him a dunk in the opening minutes, but Banchero was late with the pass (one of his very few early mistakes, after scoring or assisting 14 of Orlando’s first 17 points). He was foul-prone, which isn’t exactly a big deal in Summer League. He tried to attack the basket by going 1-on-3 late in the first half; he got fouled and went to the line, though overpowering some guys in July is quite a bit easier than if he tries it against the real pros when the games count. And when he missed a rebound that led to a Houston putback score late, Banchero slapped the ball in anger.

That all said, the good signs way outnumbered the mistakes.

A slew of Magic veterans, a fellow No. 1 pick in Markelle Fultz among them, leaped from their courtside seats more than once in response to what Banchero was doing on the floor. And at times when he was out of the game and a teammate did something particularly well, Banchero was one of the first to his feet to lead cheers.

It was one game, a summer debut, an outcome soon to be forgotten.

But it was a moment, the first of many, and it wasn’t too big for Banchero.