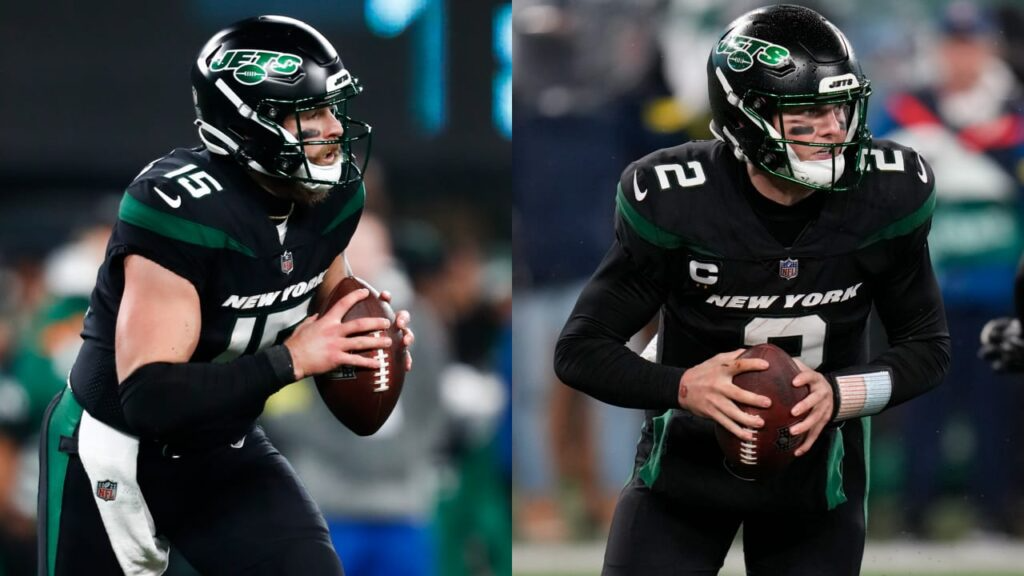 Fans booed Wilson throughout his performance, and chanted for backups Joe Flacco and Chris Streveler, who eventually came in to replace him.

Saleh’s hasn’t seemed to completely bail on the second-year quarterback yet, though.

Wilson finished the night 9-of-18 for 92 yards and one interception, which happened right at the end of the first half. Streveler came in towards the end of the third quarter and completed 10 of 15 passes for 90 yards.

If the Jets were to start one of the backups over Wilson, Saleh would have to turn to Steveler or Flacco as Mike White, who started three games earlier this season, has still not been cleared for contact while he recovers from a fractured rib he suffered in the Dec. 11 game vs. the Bills.

It’s been a tumultuous season for Wilson on and off the field. White started in those three games following Wilson’s benching for his comments he made about how he didn’t think the offense let the defense down in the 10–3 loss to the Patriots, remarks that he later walked back.

The Jets sit 1.5 games back from the final wild-card spot in the AFC playoff picture, meaning they are still in the hunt. They will face the Seahawks and then the Dolphins to finish out their season.