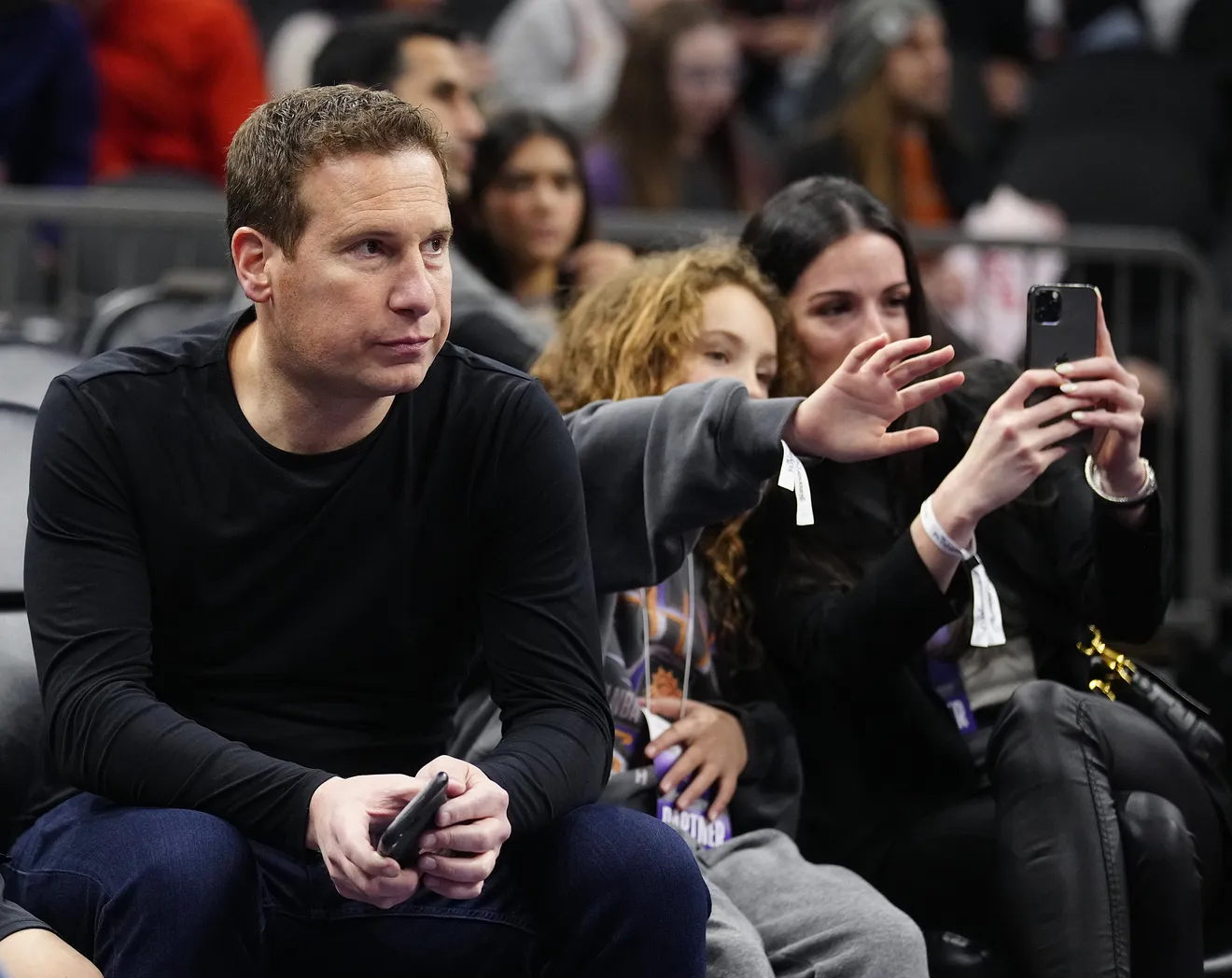 “This is the culmination of a lifelong dream. I love the game of basketball deeply but it’s somuch more than that for me.” Ishbia said in a Suns news release. “Throughout my life, basketball has given me asecond family, an education, and so much joy. I am honored to be the next steward of this community’s franchises in the Phoenix Suns and Phoenix Mercury and am totally committed tobuilding an incredible organization on and off the floor.”

PHOENIX – Following NBA Board of Governors approval, Mat Ishbia has completed the acquisition of the controlling ownership interest in the Phoenix Suns (NBA) and Phoenix Mercury (WNBA) franchises, the operating entity for Footprint Center and affiliated entities. With the transaction, Mat becomes Governor of the Suns and Mercury while Justin Ishbia, CEO and Founder of Shore Capital Partners, becomes the second largest shareholder and Alternate Governor.

“This is the culmination of a lifelong dream. I love the game of basketball deeply but it’s so much more than that for me.” Mat continued, “Throughout my life, basketball has given me a second family, an education, and so much joy. I am honored to be the next steward of this community’s franchises in the Phoenix Suns and Phoenix Mercury and am totally committed to building an incredible organization on and off the floor.”

Justin echoed Mat’s excitement stating, “We are thrilled about the opportunity to make a positive impact on the Phoenix sports ecosystem and community through a people-first, family approach. My brother and I look forward to bringing our passion for basketball and competitive spirit to The Valley.”

Mat is the chairman, president and CEO of United Wholesale Mortgage (UWM), the number one overall mortgage lender in the nation. Under Mat’s leadership, UWM has become one of the most innovative leaders in the industry and has grown from a 12-person company to a nearly 7,000-person team working together on one campus in Pontiac, Michigan. At the end of 2021, UWM broke the record of wholesale volume in one year with over $226.5 billion in mortgage originations, while holding the title of the fastest-growing mortgage company in America. Prior to joining UWM, Mat played on Michigan State University’s basketball team for four years – going to three Final Fours and winning the National Championship in 2000. He also spent a year coaching alongside Tom Izzo. Mat graduated from MSU’s Eli Broad College of Business in 2003.

Justin is the Founder and Managing Partner of Shore Capital Partners, one of the nation’s best performing private equity firms with offices in Chicago and Nashville. Since the firm’s inception in 2009, Justin has grown Shore from 4 to 120 team members managing over $6 billion in Regulatory Assets Under Management across more than 50 platforms representing 800+ acquired companies. By the end of 2022, Shore has been recognized each of the last 3 years as one of Inc. Magazine’s Top Founder-Friendly Private Equity Firms. Justin is also a member of the Vanderbilt University Board of Trust and Chicago’s Museum of Science and Industry Board.

UWM has a decorated, positive workplace and consistently has been honored as one of the top employers in the industry and region. In 2021, 81% of UWM employees agreed UWM is a great place to work, well above the average of 57% at U.S.-based companies, according to Great Place to Work®. UWM has been recognized within the financial services industry and beyond receiving awards from Fortune’s Best Workplaces in Financial Services & Insurance, Fortune’s Best Place to Work for Millennials, Forbes’ Best-in-State Employer, and Great Place To Work®, which reflects the culture UWM has collectively built.

The Ishbia Brothers’ business acumen and passion for the game will invigorate the Suns and Mercury in the continued effort to compete at a championship level. Mat and Justin join two storied franchises which have a combined 5 Finals appearances and 3 Championships since 2007. Their collective desire to use sports as a conduit for establishing community will enhance the already devoted and dynamic Phoenix fan base. As the NBA’s youngest controlling owner and a former college basketball player, Mat will be in a unique position to create strategic opportunities within the greater Phoenix community that reflect the Suns’ and Mercury’s shared commitment to excellence on and off the court.