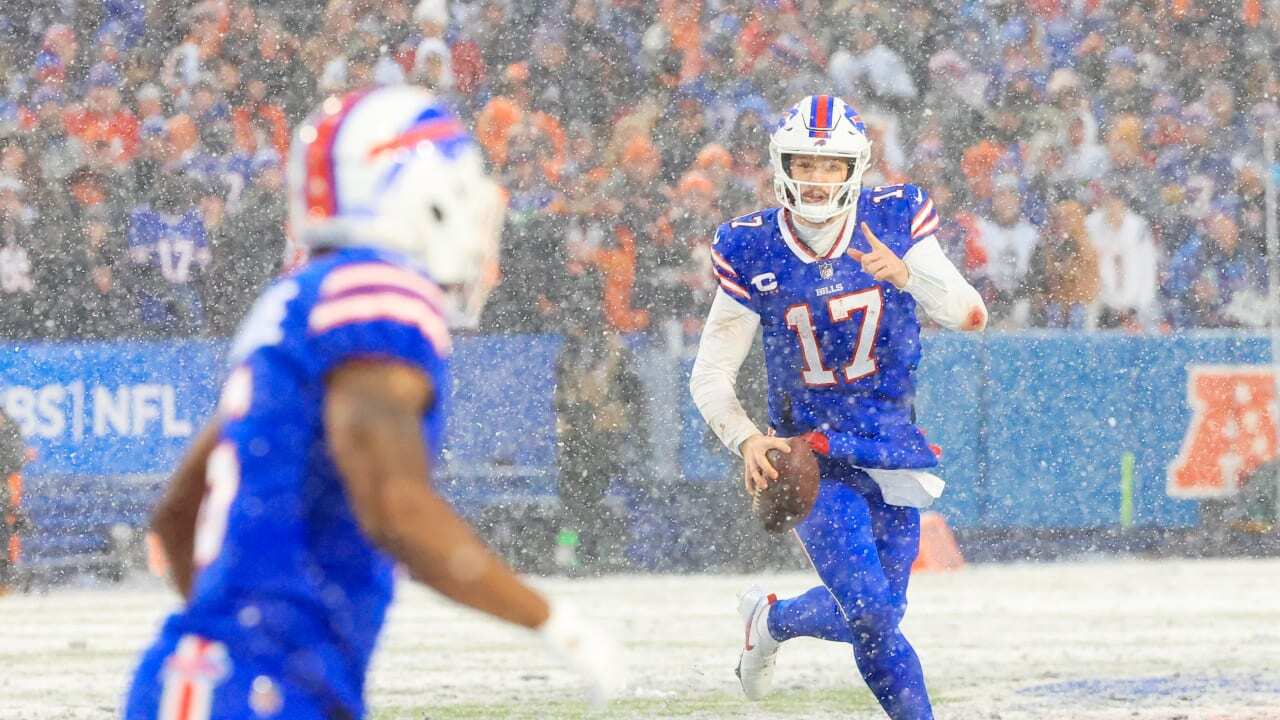 Less than 24 hours after suffering the season-ending loss to the Bengals in the AFC Divisional Round, Bills QB Josh Allen spoke to the media at One Bills Drive as the team had their locker room cleanout day.

Allen took time to reflect on the highs and lows of his fifth NFL season, one that was filled with emotional moments for the Bills, but one that ultimately fell short of the team’s biggest goal.

“I don’t want to just discredit everything that we did this year. There was a lot of positives that we saw throughout the year, a lot of adversity this team had been dealt,” Allen shared. “I’m still proud of our team for how we handled some of those really adverse situations.”

Other players on the team spoke as well on Monday, describing the feeling of Sunday’s Divisional loss as “numb”. While not pointing to it as an excuse for the playoff defeat, WR Isaiah McKenzie, TE Dawson Knox and OL Rodger Saffold said the emotional toll of the season caught up with them.

When Allen was posed with his assessment on his teammates’ point of view, he concurred with them.

“I can agree with that statement. I don’t know for me personally. But, again, you gotta play your best against really good teams, and we didn’t yesterday,” Allen said.

For the first time since his elbow injury in Week 9, Allen shared in greater detail how it affected him in the second half of the season.

“There was a period obviously right after for a few weeks where it was pretty bothersome,” he said of the injury. “But again it didn’t affect me all that much. I just kind of felt like maybe I was trying to throw it a little differently mechanically, had to change a few things and got away a little bit from how I’m used to throwing the ball.”

The QB never missed a game but threw fewer than two touchdowns in four of the Bills’ next six games after the injury. Allen’s play picked up over the last stretch of the regular season and into the Wild Card round as he threw for 12 touchdowns, ran for another and averaged 270.5 passing yards over the final four games before the AFC Divisional Round.

“I think really two weeks ago was when I kind of felt like I got back to mechanically what I like. Again, being a rotational thrower it’s very kind of elbow prevalent, and maybe it got a little bit too more of a linear type deal because I just couldn’t really use all that much force, and kind of flicking it out there. But again, just adapting,” Allen said.

Allen said he won’t need surgery in the offseason, but rest and recovery will eventually help get his elbow back to 100%.

“We don’t think an operation is necessary at this time. Obviously rest and recovery is going to be really good for it,” he shared.