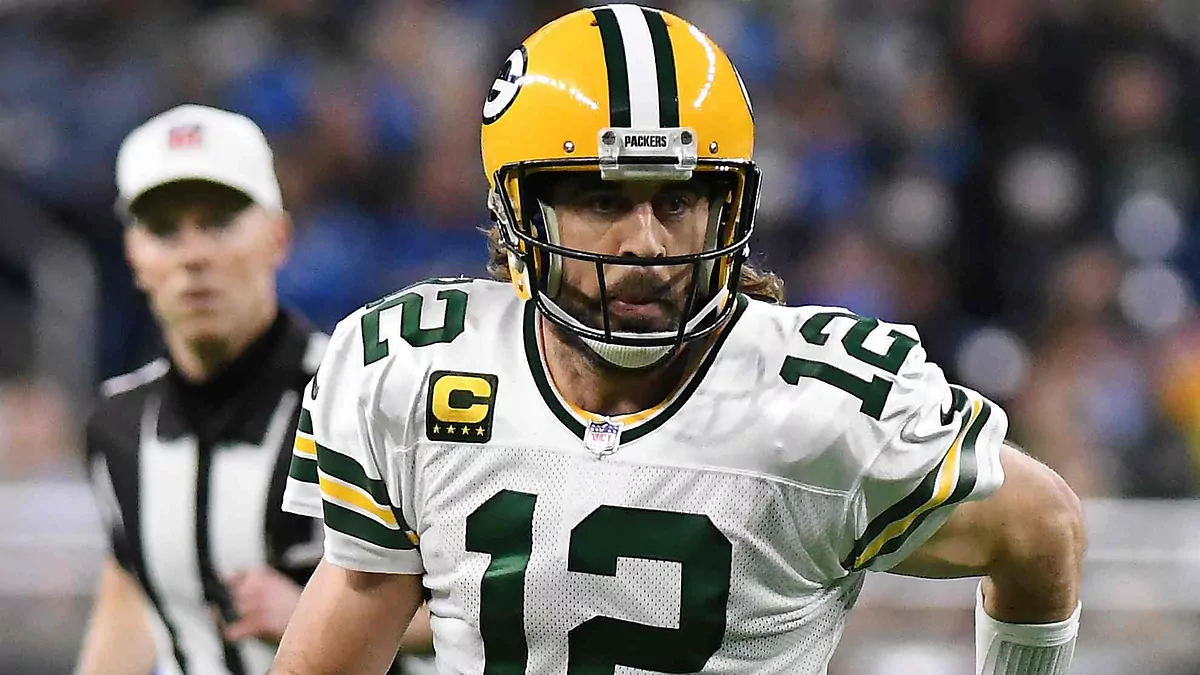 The Green Bay Packers (4-8) scored 33 points but couldn’t stop the Philadelphia Eagles (10-1) from running all over the defense en route to a 40-33 win on “Sunday Night Football” from Lincoln Financial Field in Philadelphia.

An oblique injury suffered by Green Bay Packers quarterback Aaron Rodgers opened the door for Jordan Love to get on the field in the fourth quarter of Sunday night’s showdown with the Philadelphia Eagles.

Love took over with the Packers down 37-23 and around 10 minutes to go in the fourth quarter.

Rodgers was injured on a sack on the opening drive of the third quarter. He played one more series but was in obvious pain and eventually departed the field for the locker room with a member of the training staff.

Rodgers returned from the locker room without pads or a uniform, providing a chance for Love to take over.

On his first drive, Love hit Christian Watson for a 63-yard touchdown pass.

Why the Packers lost

Green Bay’s poor run defense rears its head in a big way on Sunday night. Coming into Week 12, the Packers run defense ranked 29th in the NFL in DVOA and it was clear why after giving up 363 yards on the ground on a 7.4-yards- per-carry average. Naturally, that was the main reason Green Bay finds itself at 4-8 on the season and all but mathematically eliminated from the playoffs.

That said, the Packers did go toe to toe with the No. 1-seeded Eagles throughout the first half. It was the final two quarters of regulation that saw them get left in the dust. Specifically, Green Bay squandered several opportunities right at the start of the third quarter. The club was getting the ball back to begin the second half and Keisean Nixon was able to mount a stellar return for 52 yards that put the ball at midfield. Instead of capitalizing on that field position, the offense went three-and-out and Aaron Rodgers got hurt in the process.

After the Eagles scored on their possession to further extend their lead, the Packers offense brought the ball to the Philadelphia 6-yard line. While Matt LaFleur was all set to go for it on fourth-and-3, a false-start penalty along the O-line pushed them back 5 yards, which forced the Packers to kick a field goal instead, cutting the deficit to 11. Meanwhile, Rodgers was able to finish that drive but was in noticeable pain on each dropback and didn’t return after that field goal.

Those back-to-back drives were where the Packers slowed just enough for Philly to separate.

Why the Eagles won

Naturally, the running game is the MVP for Philadelphia. They could get whatever they wanted on the ground and had a historic night doing so. Specifically with Hurts, he used his legs early and often and it was particularly helpful extending drives. On the opening possession and faced with a third-and-6, Hurts broke off a 28-yard run that not only moved the chains but put the ball inside the 10-yard line. He also had a 42-yard run on a third-and-2 play at the end of the first quarter that helped set up another touchdown.

Meanwhile, the defense was able to apply pressure on Aaron Rodgers at a decent clip. Javon Hargrave was an unsung hero on Rodgers’ interception as the defensive tackle pressured him up the middle, flushed him out of the pocket, and into a rushed throw to Allen Lazard that was picked by Josiah Scott.

Philadelphia also started to get home and sack Rodgers in key moments as the game went on. On consecutive drives (excluding the kneel down before the half), the Eagles defense registered sacks on Rodgers on third downs and forced the Packers to punt the ball away. Each time after those sacks and subsequent punts, the Philly offense found the end zone, furthering its lead.

An extended Rodgers absence will mean little for the NFC playoff chase—the Packers are all but eliminated—but it is likely to cause an existential crisis in Green Bay. Many Packers fans surely want to see Love succeed. Some have grown weary of the all-wins-but-no-fun nature of the late-era Rodgers Packers. But the changing of the guard is unlikely to be smooth, and Rodgers may not be gone all that long. If Love shines during a brief Rodgers absence, it will be a source of intrigue that keeps on giving well into the offseason.

The Eagles rushed for 363 yards, dominated in time of possession, won the turnover battle, and excelled in just about every area except run defense and kick coverage. They also defeated an opponent that the Cowboys lost too (tiebreaker implications) in a similarly wild game: another possible illustration that the Eagles are more postseason-worthy than the surging Cowboys.

From here, the Eagles will hang home in Philadelphia and gear up for a Week 13 matchup with the Tennessee Titans, who just fell to the Cincinnati Bengals. As for the Packers, they’ll go back on the road and visit Chicago where they’ll take on the Bears.