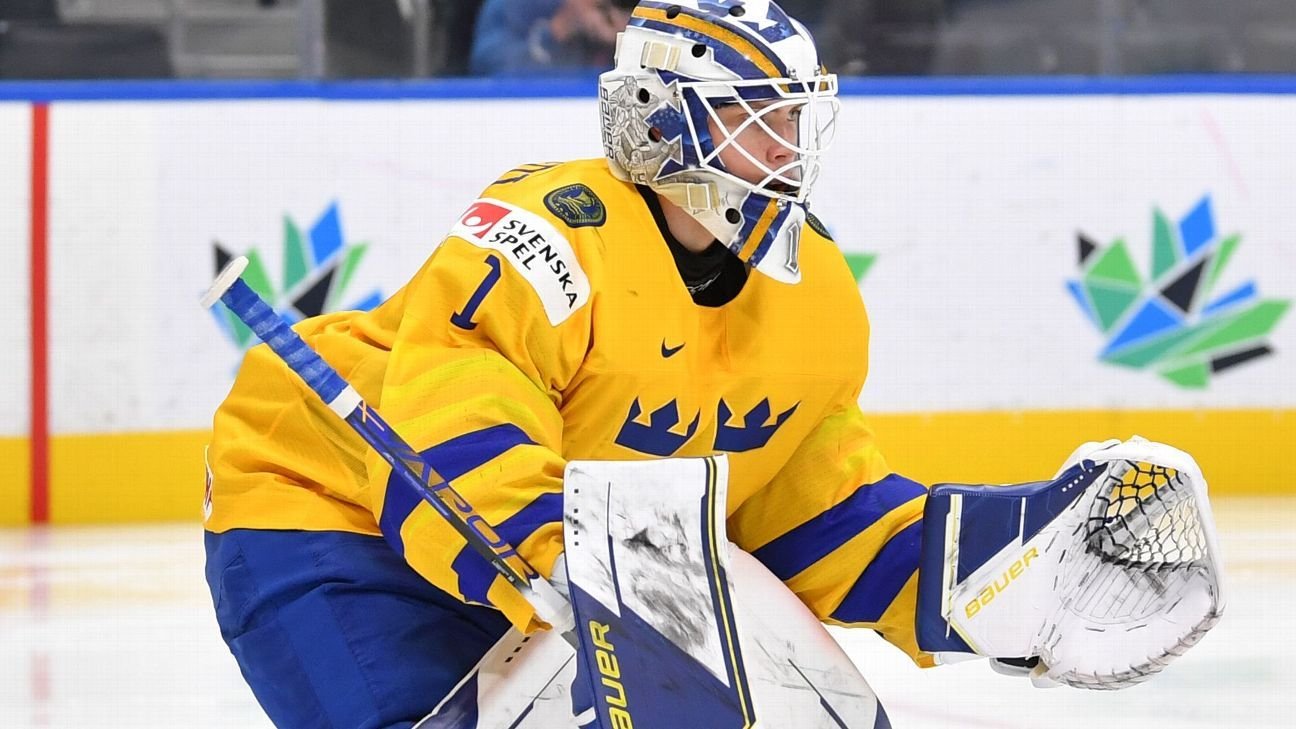 Vancouver Canucks defence prospect Joni Jurmo is off the the semifinals with Team Finland at the 2022 IIHF Men’s World Junior Championship.

Jurmo logged 17:09 for the Finns in Wednesday’s quarterfinal matchup against Team Germany at Rogers Place in Edmonton. The 6’3″, 207-pound left-handed defenceman did not record any points in the game but finished with a plus-one rating.

The Canucks originally selected Jurmo in the third round (No. 82 overall) of the 2020 NHL Draft. The Espoo, Finland product wrapped up the preliminary round of the 2022 World Juniors with one assist in four games.

Team Finland outshot Team Germany 22–21 in the quarterfinal victory. Finnish goaltender Leevi Meriläinen made 19 stops to book his team’s ticket to the semis.

Jurmo is the first Canucks prospect to advance to the semifinals of the 2022 World Juniors. Jonathan Lekkerimäki (Team Sweden) and Jacob Truscott (Team USA) will look to achieve the same goal on Wednesday.

Lekkerimäki’s Swedes are currently tied 1–1 with Team Latvia after two periods of play at Rogers Place; Truscott and Team USA will take to the ice at 9:30 p.m. PT on Wednesday to take on Team Czechia.