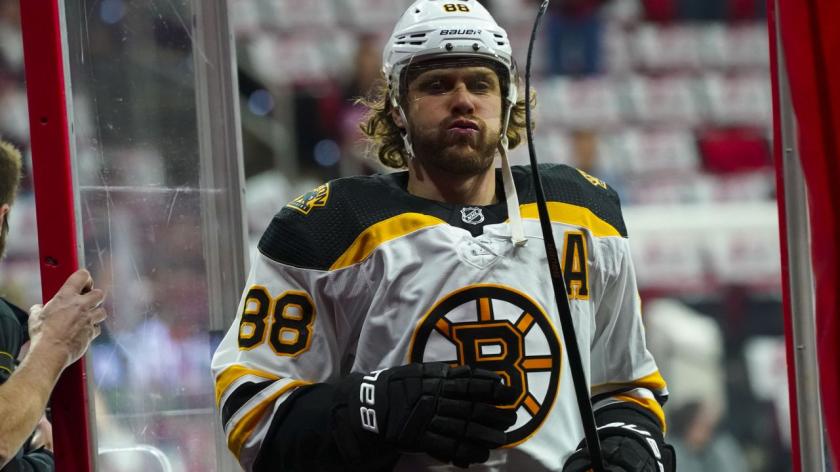 The first two periods in Game 2 of the Bruins’ first-round playoff series against the Hurricanes were an absolute disaster for Boston.

Not only did the Bruins give up two goals in each frame to enter the third period trailing 4-1 at PNC Arena, they also lost their second-best defenseman, Hampus Lindholm, after he took a massive hit from Hurricanes forward Andrei Svechnikov late in the second period.

The Bruins announced early in the third period that Lindholm would not return to the game due to an upper body injury.

Svechnikov was not penalized for the hit. The Bruins responded right away and went after Svechnikov, and the result was a power play for the ‘Canes as B’s defenseman Brandon Carlo was given a penalty for roughing.

Carolina goalie Antti Raanta leaves Game 2 after collision with David Pastrnak
Lindholm is a fantastic two-way player who excels at 5-on-5 and special teams. Losing him for any length of time would be a huge setback for the Bruins’ blue line.

If Lindholm is unable to play in Friday night’s Game 3 at TD Garden, the best options to replace him are Mike Reilly and Josh Brown. Reilly is a left-shooting defenseman, so he’s probably the best choice from a fit standpoint, although Brown would give the Bruins more of a physical presence.