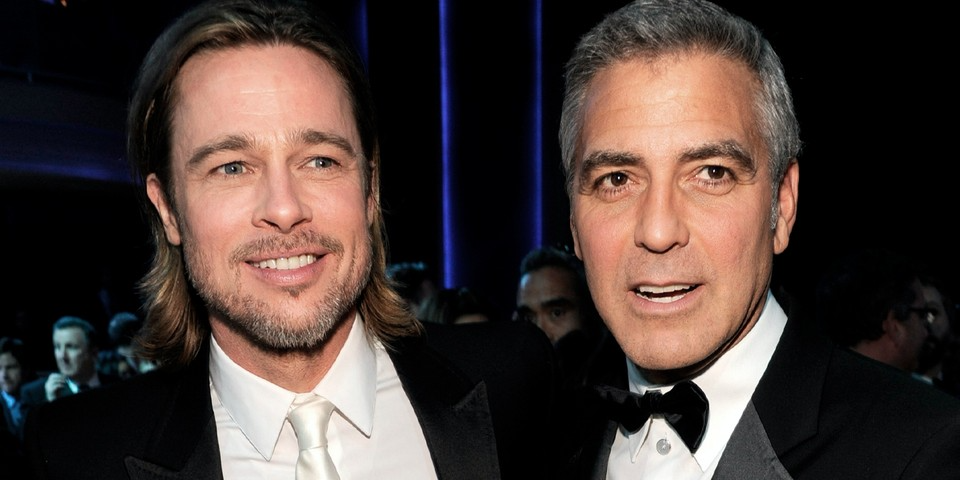 Brad Pitt has dubbed George Clooney and Paul Newman the “most handsome men”.

The ‘Bullet Train’ star, 58, joked that he had to pick his ‘Ocean’s’ co-star and close pal, George Clooney, 61, as the hottest male on the planet right now, while late Hollywood icon Newman, who was 83 when he died in 2008, is his choice for the past because of how he “aged so gracefully”.

Asked by Vogue who the “most handsome men in the world past and present” are, Pitt replied: “You know in the acting world because it’s my day job … the immediate go-to is Paul Newman.

“Because he aged so gracefully.

“And by all reports [he was] a really special, giving, warm and truthful human being.”

Speaking about silver fox Clooney, he quipped: “If I was gonna name someone present, well I gotta name that George Clooney f***** because why not?”

He added: “Because usually, I’m always taking him out, and he’s always taking me out. And this time, I’m gonna go the other way, just this once.”

The pair are known to poke fun at each other.

Last year, Clooney joked that he was really looking forward to working with “cheap” Pitt again.

He said: “He’s a friend of mine and we have a really good time together. I’m really looking forward to it.”

Clooney then quipped: “Brad was obviously the cheapest of the actors available.”

Meanwhile, the pals look set to reunite with Matt Damon for a new ‘Ocean’s’ movie.

The Hollywood trio previously starred together in the 2007 heist movie, ‘Ocean’s Thirteen’, and they’re now poised to reunite for the latest film in the money-spinning franchise.

A source told The Sun newspaper last week: ” Rumours of a film starring George, Brad and Matt have swirled for years but the timing was off and their jam-packed schedules meant that it was just not possible.

“Finally the right team for the job has come together in a bid to make it a huge success and the main stars thought it would be good fun to revisit.

“The franchise is hugely popular and the brilliant storyline was an opportunity that was too good to miss.”