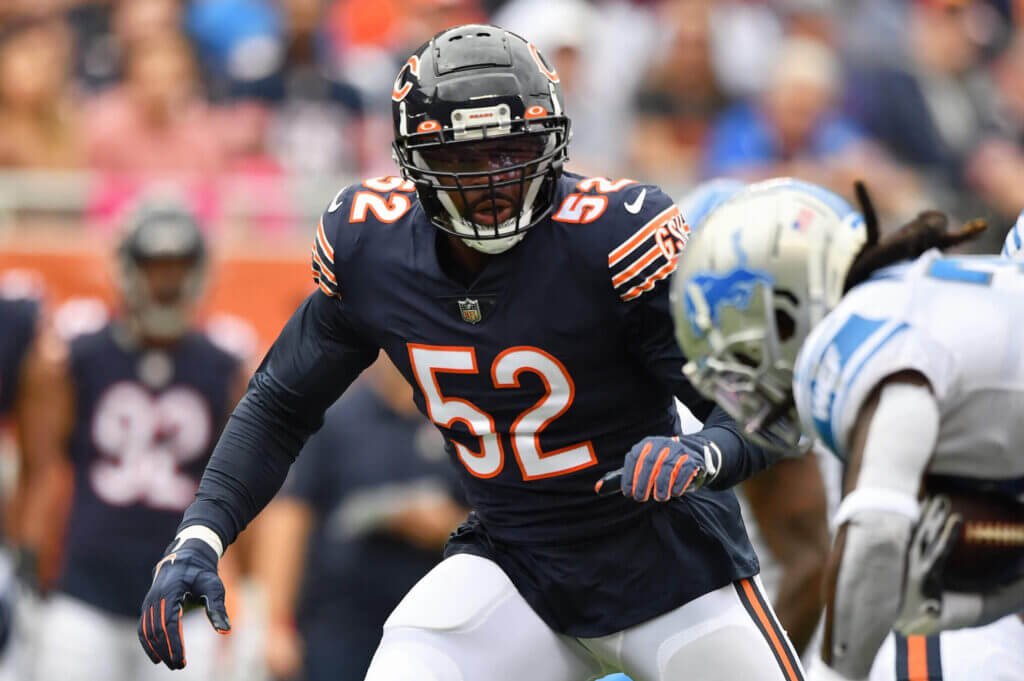 For the second time in his stellar career, Khalil Mack is on the move.

The Chicago Bears have agreed to trade the star edge rusher to the Los Angeles Chargers in exchange for a 2022 second-round draft pick and a sixth-rounder in 2023, NFL Network Insider Ian Rapoport reported Thursday.

As part of the deal, Los Angeles is taking on the entirety of Mack’s remaining salary: three years, $63.9 million, Rapoport added. It’s a relatively small price to pay for a player who played at an elite level in every season except his last, which was marred by a foot injury that ended his year prematurely after just seven games and required surgery.

The salary schedule also fits in with the timeline of quarterback Justin Herbert, who is entering the third year of his rookie contract in 2022 and will have a fifth-year option available to the Chargers, although it’s safe to expect Los Angeles to strike a long-term extension with the signal-caller before then.

Simply put, thanks in part to Herbert playing at a high level on a rookie contract, the Chargers can afford this deal.

A four-time All-Pro (three first-team selections, one second-team nod), Mack heads west to a state he once called home during his time with the then-Oakland Raiders, who traded him to Chicago in a blockbuster deal in 2018. Instead of returning to Northern California, Mack will pack his bags for the southern portion of the state to join a Chargers team that narrowly missed the playoffs in 2021 after displaying title-chasing potential. Los Angeles had a glaring need at edge rusher and answered it with this deal, with Mack pairing with Pro Bowl pass rusher Joey Bosa to hunt three star passers in the AFC West: the Chiefs’ Patrick Mahomes, the Raiders’ Derek Carr and the soon-to-be Denver Bronco, Russell Wilson.

Chicago, meanwhile, recoups some much-needed capital ahead of a draft that will be vitally important to the Bears’ future under new general manager Ryan Poles.

The end of the Mack era in Chicago comes with disappointment, as the Bears won an NFC North title in his first season with the club, but never advanced past the wild-card round of the postseason with Mack on the team. Still, the Mack deal was worth it: He racked up 36 sacks in four seasons with the Bears, a span of time that included three Pro Bowl selections, two All-Pro honors and a runner-up finish in Defensive Player of the Year voting in 2018.

After a down year caused by injury, Mack will look to return to the field fully healthy while wearing new colors: powder blue and sunshine gold. The Chargers’ faithful will be more than happy to have him as they band together with the hopes of helping their promising team return to the postseason.