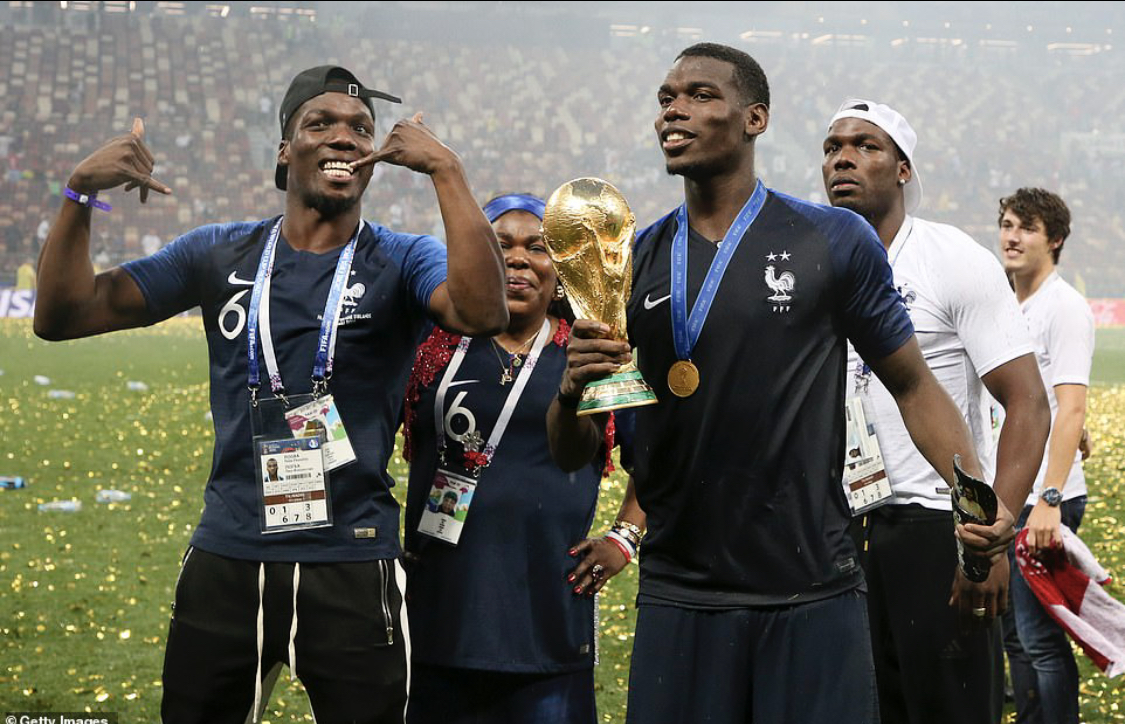 Paul Pogba, on Sunday, August 28, made a shocking revelation that he was being threatened and targeted for extortion by gangs. This came after the footballer’s brother Mathias Pogba shared a on social media platforms promising big revelations about the World Cup winner.

According to The Daily Mail, the 29-year-old professional footballer spilled the beans to French authorities about an alleged plot schemed by gangsters that dragged him to a Paris apartment in March demanding close to $12 million while threatening him with assault rifles. The professional player, who won the World Cup with France in 2018, added that they wanted the money for “protection services” dating back 13 years and that they also followed him to Manchester. Paul Pogba recently returned to Juventus on a free transfer after six years at Manchester United. He is currently sidelined with a knee injury.

Sources close to the case revealed that Paul Pogba’s ‘childhood friends’ have been named as suspects. Shedding further light on the case, a judicial source asserted, “Investigators from the Central Office of Judicial Police Combating Organised Crime that he was trapped by childhood friends, and two hooded men armed with assault rifles.” Pogba shared that the gang had been threatening him for four months.

The Daily Mail reported that acts of intimidation were carried out against Paul Pogba in Manchester in April. The gang reportedly took the player to a flat in Paris’ Lagny-sur-Marne, a suburb where Pogba grew up. The gang accused him of not helping them out financially since he became a professional player. During police interviews, the former Manchester United player revealed that he was always close to his childhood friends and helped them out financially when he could.

However, Pogba had kicked one of them out after discovering that the unidentified man had used his credit card to steal around $240K. According to ESPN, Paul Pogba in a statement on Sunday said, “The recent declarations of Mathias Pogba on social media are unfortunately not a surprise. They are coming after threats and attempts of extortion by an organized gang against Paul Pogba. This has been referred to the appropriate authorities both in Italy and in France a month ago.”

Paul Pogba’s shocking revelations came after his brother Mathias Pogba shared a video in four languages- French, English, Italian and Spanish claiming to make big revelations against his star footballer brother. In the video, he said, “The French, English, Italian and Spanish public – in other words, the whole world – as well as my brother’s fans, and even more so the French team and Juventus, my brother’s team-mates and his sponsors deserve to know certain things.”

He added, “In order to make an informed decision if he deserves the admiration, respect and love of the public. If he deserves his place in the French team and the honor of playing in the World Cup. If he deserves to be a starter at Juventus. If he is a trustworthy person, that any player deserves to have at his side.” He concluded his video by referencing Kylian Mbappe, declaring he had important things to say about the 23-year-old. “I will tell you very important things about him and there will be elements and many testimonies to confirm my words. Everything could be explosive and make a lot of noise.”