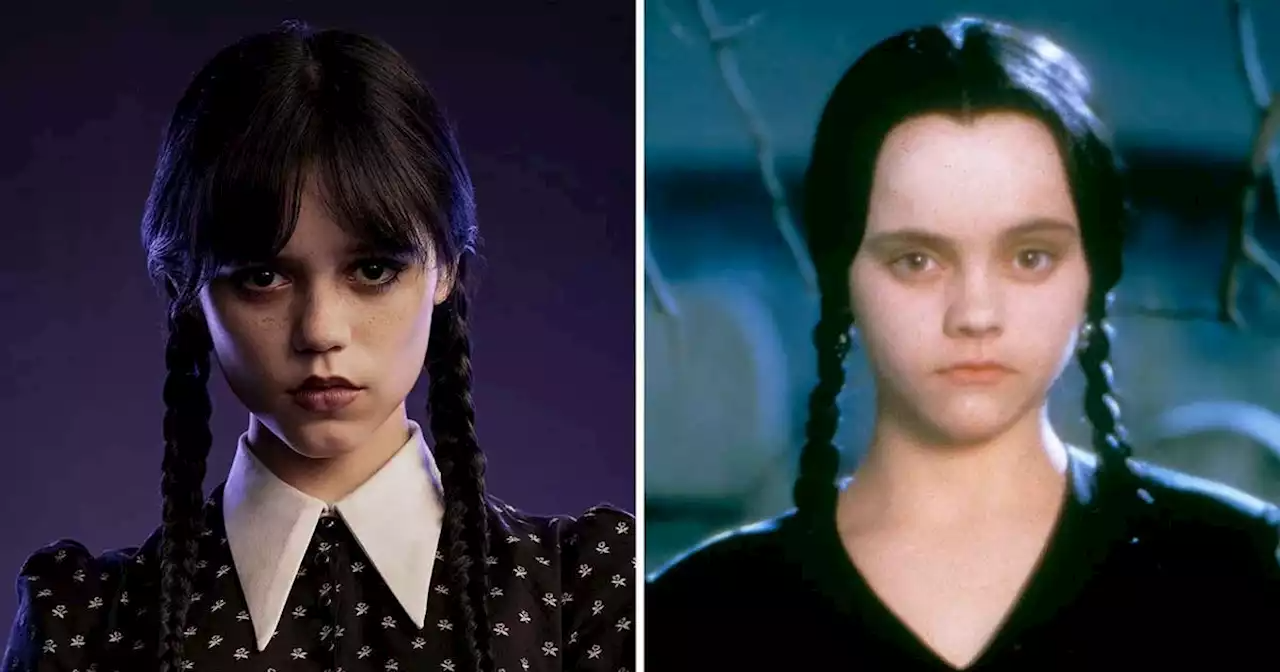 There was a lot riding on the casting choice for the titular character of the new Netfilx series “Wednesday.” In addition to someone who could pull off creepy, kooky, mysterious and spooky, the role of raven-haired, pigtail-braided Wednesday Addams needed to go to a young actress who could rise to the occasion of playing a character from such an iconic property.

“It’s always a little bit daunting when you start a process with such legacy and storied roles around it,” casting director John Papsidera said in a chat with CNN.

The show marks a return to the Addams Family world, based on the cartoons by Charles Addams and first presented on screen in the iconic 1960s black-and-white sitcom and later in the much-loved early 90s films by Barry Sonnenfeld. In the new series, Wednesday finds herself at a boarding school called the Nevermore Academy where all manner of outcast and freak can roam free.

For those expecting a tongue-in-cheek rehash of “The Addams Family” – complete with the double-snap theme song – think again. This “teen-centric dark comedy,” as described by showrunners Al Gough and Miles Millar, is not a reboot, but rather a closer examination and celebration of the majorly macabre and sharp-as-a-razor older sister of the Addams clan.

In searching for their perfect Wednesday, Gough and Millar worked with casting directors Papsidera and Sophie Holland, among others, and said in an email to CNN that it “was always our intention to cast a Latina actress” for the role, because they wanted to honor Gomez Addams’s heritage. While the character of family patriarch Gomez was portrayed by White actor John Astin in the “Addams Family” sitcom from the 1960s, he was portrayed by Puerto Rican actor Raul Julia in the Sonnenfeld movies. In “Wednesday,” Gomez is played by veteran performer Luis Guzmán, also from Puerto Rico.

The role of daughter Wednesday eventually went to teen it-girl Jenna Ortega (“Scream,” “You,” “X”), an actress of Mexican and Puerto Rican descent. Gough and Millar knew they had found their Wednesday as soon as they met Ortega, they said.

“I had talked about Jenna a lot in going into (the casting process),” Papsidera said of Ortega. “It’s also a thin world of girls that can be number one on the call sheet and handle the pressure of that, and also is accomplished in her own right. When you start to talk about a young Latina actress, she rises to the top of the heap.”

“This generation is all about authenticity. We were very intentional in every aspect of the casting process,” the showrunners added. “We wanted to ensure the students at Nevermore Academy were truly reflective of modern American society. It’s not only about series regulars, it is about the depth of casting across the entire series, including background extras.”

Another coup scored by the casting team on “Wednesday” was to snag actress Christina Ricci, who timelessly portrayed the character in Sonnenfeld’s movies, in the smaller role of Marilyn Thornhill. It almost didn’t happen, due to Ricci’s schedule and commitment to her hit Showtime series “Yellowjackets.”

“It was really a lovely long game with Christina,” Papsidera said. “We had always talked about her from the beginning. And it wasn’t until almost the very end that her schedule opened up, and then we pivoted there and Tim (Burton, director of “Wednesday”) got on the phone with her and it all worked out.”

Ricci and Burton, who marks his first foray into directing a television series with the new series, had previously worked together on the 1999 film “Sleepy Hollow.”

“I think the idea of working with Tim again was probably the biggest bonus in our camp,” Papsidera said of landing the veteran actress. “I also think that she got the idea of participating in something that she loves too, that it was really special for everybody involved.”

“Wednesday” certainly wastes no time in surreptitiously honoring Ricci’s contributions to the character. Without spoiling too much, the pilot episode features a group of people dressed as pilgrims who meet with an unfortunate fate, calling to mind Ricci’s more-than-memorable Thanksgiving scene in 1993’s “Addams Family Values.”

“There’s a certain serendipity to the whole series in that way,” Holland added of nabbing Ricci. “It’s like things came together sometimes very last minute, sometimes when we were pulling our hair thinking, ‘We can’t find this, we can’t find this.’ And then something would lock into place. And the whole series, you’ll see once you watch the whole thing, is that it all sort of works together almost like a Rubik’s cube.”

The casting team operated under the direction of Burton, who Papsidera said had a clear vision for the show and characters.

“If anything, that’s where we all kind of started and ended our discussions – with what Tim saw and who he felt he was drawn to as these characters,” Papsidera said.

Venturing into such an established world, the goal was to “try and reinvent what it is without throwing away the spirit of it,” he added.

“There’s a certain amount of pressure because also…we are fans,” echoed Holland.

Holland said she wanted to “fulfill everybody’s needs and wants” and give “proper care to what we do” with regard to the franchise.

“You want the essence of what those original characters were, but you want it in a new way. So that’s always the challenge, and the reward when you get it,” Papsidera said.

“Wednesday” is streaming now on Netflix.