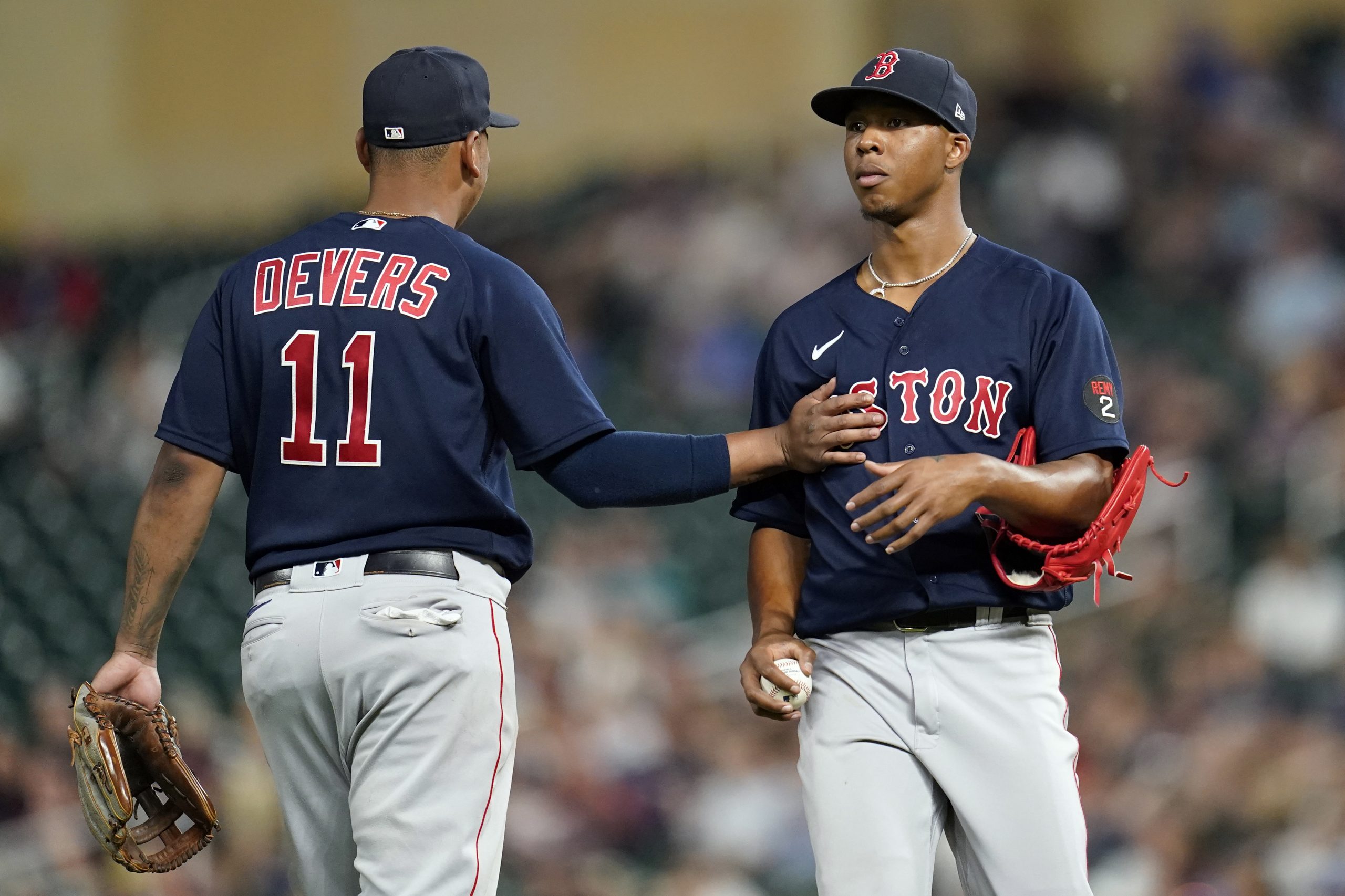 Gio Urshela’s three-run double in the fifth inning pushed Minnesota ahead and four relievers made the lead as the Twins beat the Boston Red Sox 4-2 on Monday night for their fourth straight win.

Urshela punched a 3-2 pitch from John Schreiber into the right-field corner, scoring all three runners who had walked. AL batting leader Luis Arraez had two hits for Minnesota and scored on the double.

The Twins pulled within 1 1/2 games of idle Cleveland in the AL Central.

Brayan Bello (0-4) surrendered three runs in four-plus innings. His day was done after walking Arraez and Correa to start the fifth.

The Red Sox lost for the sixth time in eight games. They started the day seven games back of the final wild-card spot in the AL.

Alex Verdugo and Reese McGuire had RBI doubles against Bundy. In his second game back from the injured list, Trevor Story had three hits and a walk for Boston.

Twins: 2B Jorge Polanco missed his second straight game as he deals with a knee injury. Manager Rocco Baldelli said Polanco’s knee hasn’t shown much improvement. The injury doesn’t bother Polanco running but is an issue when hitting. … RHP Tyler Mahle (right shoulder inflammation) has thrown bullpen sessions and is progressing to a return to the rotation later this week. … President of Baseball Operations Derek Falvey said that Byron Buxton (low-grade right hip strain) is still feeling soreness in his hip and he’ll stay in Minnesota to continue rehab when the team leaves for the next road trip. … Falvey said Kenta Maeda (elbow ligament replacement surgery) is unlikely to return this season in an update on several injured players.

RHP Kutter Crawford (3-5, 5.30 ERA) is scheduled to start for the Red Sox on Tuesday. Minnesota will start RHP Chris Archer (2-7, 4.34). Crawford has allowed 13 earned runs over his last two starts, spanning 8 1/3 innings. Archer gave up five runs in four innings in his last start against Houston.