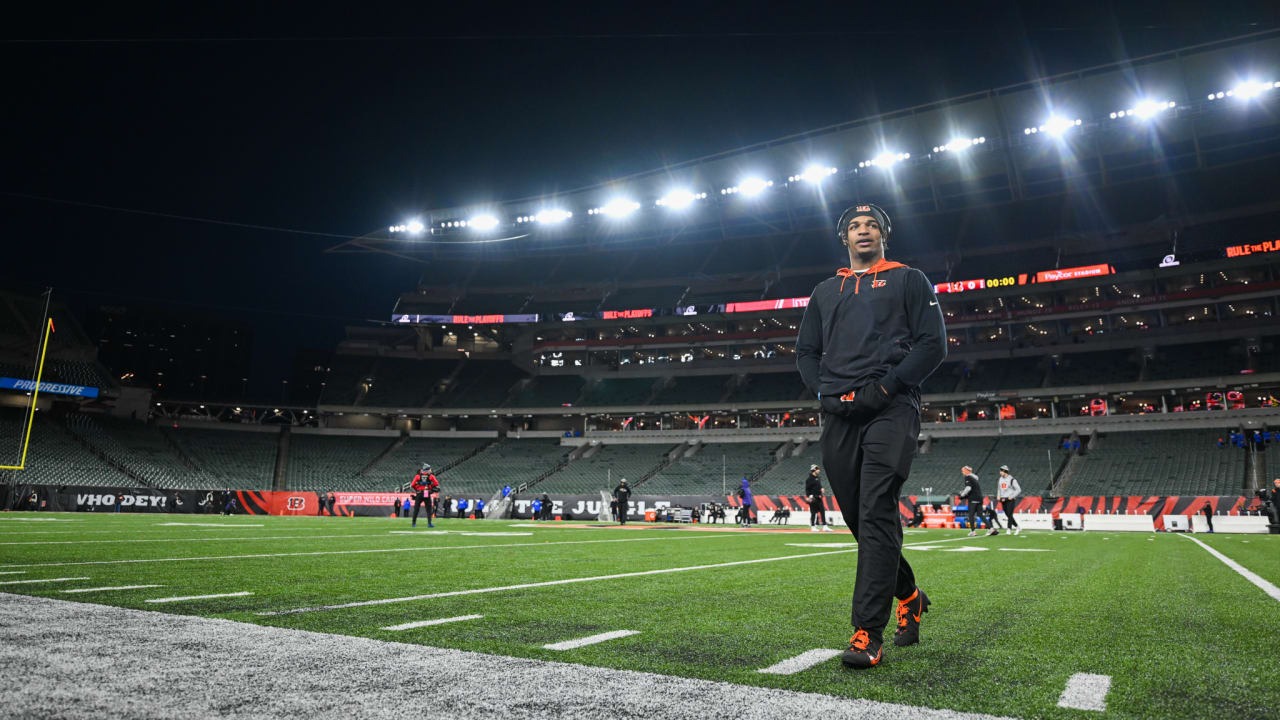 On the day before Sunday night’s Wild Card Game at Paycor Stadium against the Ravens, old Bengals wide receiver T.J. Houshmandzadeh found himself in the jam-packed Holy Grail on The Banks, a Joe Burrow go route from Paycor as the faithful enjoys one of the high tides of Bengaldom.

“The fans have been great, I’m not going to lie,” said Houshmandzadeh, breaking away briefly to say hello to Bengals all-time passing leader Ken Anderson passing through the throng. “Man, this stuff is unbelievable.”

Houshmandzadeh, the Bengals fourth-leading wide receiver of all time who is also a former Raven, is Sunday’s Ruler of the Jungle and has been here for a couple of days. Since Bengals all-time leading receiver Chad Johnson arrived Friday, the two have been inseparable since soaking up a vibe Houshmandzadeh can’t seem to recall from their 2005 AFC North run.

“The overall energy of this city is amazing. The way they’ve treated myself and Chad, it’s unbelievable,” Houshmandzadeh said. “It wasn’t like this when we were playing, unless when you’re playing you just don’t realize it. It’s kind of numb. We’ve been at Jeff Ruby’s (restaurant) the last couple of nights and the love is true.”

SMOKEY JOE: A week after quarterback Joe Burrow puffed the AFC North victory cigar, Bengals fans were lighting up with news of his NBC interview before the network televised the game.

The Bengals are going to be paying more than Burrow after back-to-back AFC titles and he’s confident they’ll keep the good times rolling.

“I have a lot of confidence in the front office doing their jobs in the offseason,” Burrow said.

All of which doesn’t surprise Houshmandzadeh, who has known Burrow since he caught balls from him before the 2020 draft. Burrow’s quarterbacks tutor, Jordan Palmer, is a former Bengals teammate of Houshmandzadeh and Houshmandzadeh didn’t get a chance to deliver a message to Burrow.

During the run-up to that draft in his media role, Houshmandzadeh offered that if his old quarterback Carson Palmer couldn’t turn around the Bengals, no one could.

“Boy, was I wrong,” said Houshmamdzadeh this week. “As long as Joe is here, they’ll contend for a Super Bowl. It wasn’t anything bad about, it’s just what I thought about Carson. They’re so good. Better than us. If they don’t turn the ball over (Sunday), they’ll win by double-digits.

He saw Burrow briefly Friday, but, like Burrow, didn’t say much and he didn’t offer to take him to lunch.