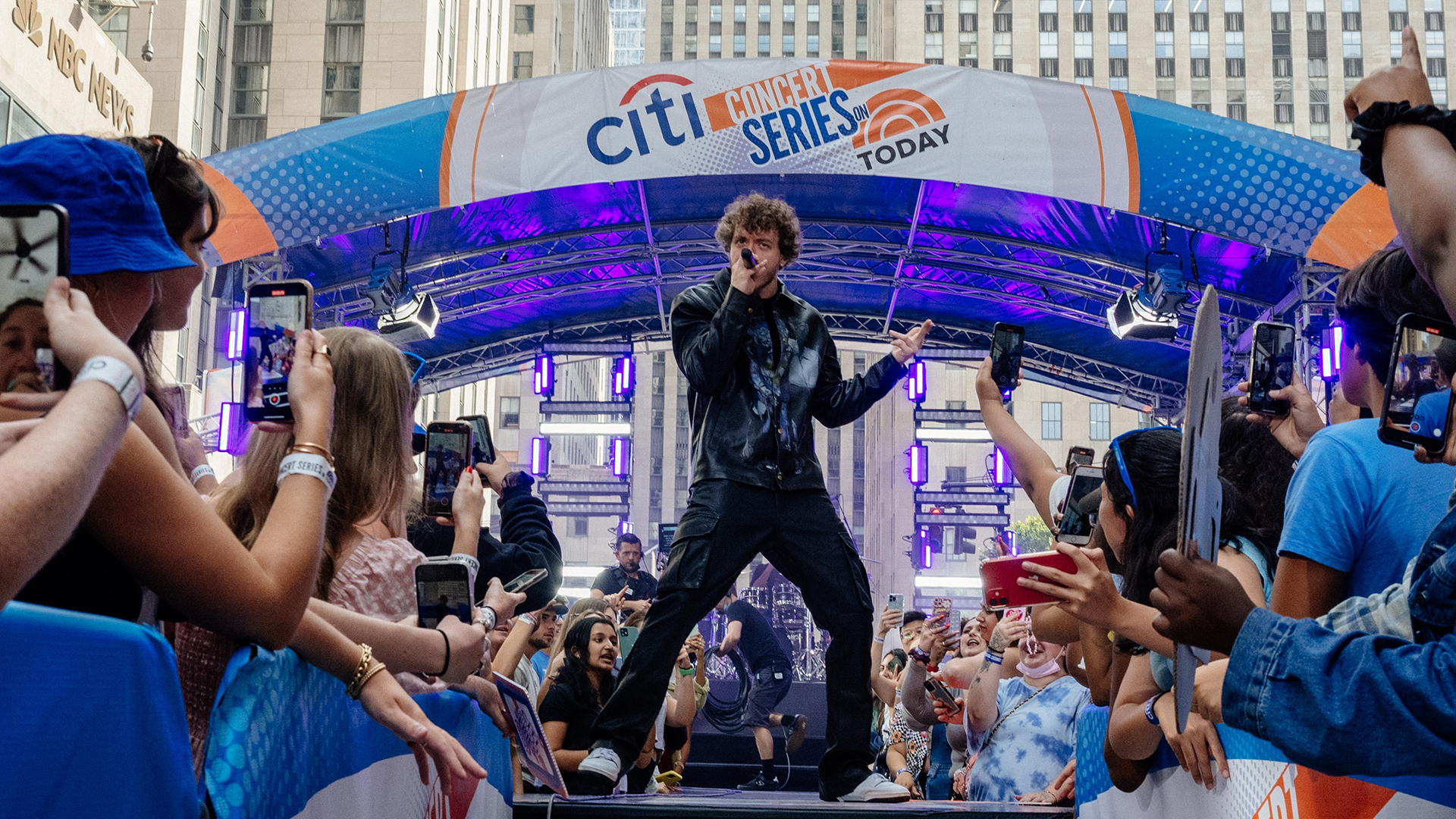 Jack Harlow is dreaming all the way to the football field.

In between hits like “Industry Baby” and “First Class” on the TODAY plaza stage for our Citi Concert Series, rapper Jack Harlow revealed his biggest career goal.

“There’s a lot of things I haven’t done,” Harlow said after TODAY’s Craig Melvin asked Harlow what he hasn’t done yet that he still wants to do. “One day, I dream of doing the Super Bowl halftime show.”

The crowd roared with applause, and Craig said the rapper “just spoke it into existence.”

In another interview on the 3rd Hour of TODAY, the musician from Louisville, Kentucky also spilled his dream collaborator.

Craig ran down the list of artists Harlow has already worked with like Drake, Lil Nas X and Justin Timberlake, and asked who he would love to collaborate with who hasn’t gotten to next.

“Andre 3000,” Harlow replied, speaking of the fellow rapper from the South. “That’s a big one I’ve been manifesting. A lot of the collaborations you just named, are ones that in interviews, over the years, I hadn’t done yet.”

“Pharrell, Drake, all that, and then they would happen,” he continued. “So I’m just gonna keep saying Andre 3000 with faith that it will happen.”

“That would be everything I could ever want,” Harlow said.

Harlow attended Super Bowl LVI in February at Sofi Stadium, and while The Weeknd performed during the game’s halftime show, Harlow performed at a halftime show of his own during Shaquille O’Neal’s pre-game SHAQ Bowl livestream event.

Harlow is headed to the MTV Music Video Awards later this month, where he is up for seven awards—leading the highest number of nominations along with Kendrick Lamar and Lil Nas X.