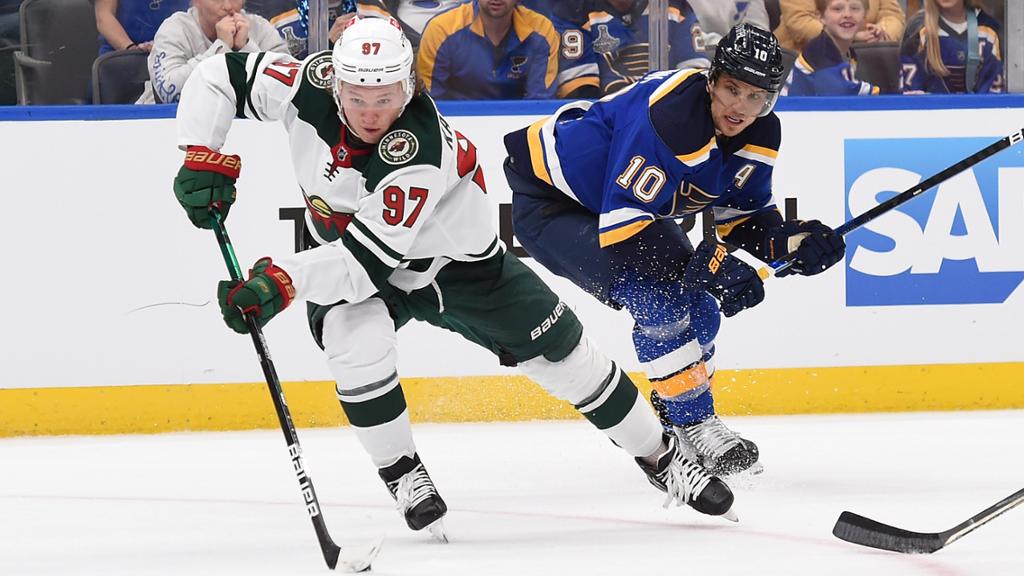 The final two series of the second round opened up tonight, so let’s see who starts off on the right foot.

Missed anything? Here’s a recap of the night’s action.

Canes rally late to win in overtime
This series looked like it was going to be the closest thing in hockey to an unstoppable force meeting an immovable object. The Carolina Hurricanes pace is tough to matchup against, while New York Rangers goaltender Igor Shesterkin is an impenetrable force in the crease this season.

But in a strange turn of events, it was actually the Rangers that came with the pace to start the game. Filip Chytil opened the scoring just over seven minutes into the first off of a turnover from former Ranger Tony DeAngelo.

The Rangers continued the pressure through two periods, outshooting the Canes 23-14 after two periods. But the Canes came to play in the third, going back to their high-flying ways and outshooting the Rangers 10-4 in the third. Shesterkin was impossible to beat, but the Canes persistence was rewarded in the dying minutes, as Sebastian Aho tied the game with less than three minutes to go.

Once they beat Shesterkin once, it seemed easy to do it again. Only three minutes into overtime, Ian Cole threw the puck on net, and it found a way past the Rangers goalie and in, giving the Canes the 2-1 overtime win, and the 1-0 series lead.

Tkachuk hat trick helps stave off Oilers comeback in 15 goal affair
There were some goals. I think that’s all there is to touch for this one, right?

Okay, this one definitely deserves more details. The Flames got off to a hot start, exploding to a 3-0 lead in the first six minutes with goals from Elias Lindholm, Andrew Mangiapane, and Brett Ritchie, and Mike Smith found himself out of the game already. Connor McDavid responded just 1:36 later to make it 3-1, and start to put the Oilers back in the game.

The scoring kept coming for the Flames in the second period though, as Blake Coleman got two goals of his own in the first six minutes of the second to give the Flames a 5-1 lead. Evan Bouchard got one back for the Oilers a minute later, but Matthew Tkachuk scored a minute after that to make it 6-2.

And so began the Oilers comeback. Zach Hyman scored two goals within five minutes of each other to start the crawl back to a tie game, and Draisaitl made it even closer in the final minute of the second to make it 6-5. Kailer Yamamoto completed the comeback just 1:28 into the third, and it was a brand new hockey game…

…for a minute and 29 seconds. Rasmus Andersson made sure that the Oilers didn’t get too comfy, and regained the Flames lead at 7-6. From there, it was the Tkachuk show, as he scored his second off of a brutal Draisaitl turnover, and sealed the deal with the empty netter to give the Flames the 9-6 win.

Of course, the hat trick wasn’t enough for Matthew’s dad and former NHL player Keith Tkachuk to get rid of his own hat.

It wouldn’t be a Battle of Alberta without it’s fair share of chirps and shenanigans either.

On top of Tkachuk’s hat trick and Coleman’s two goal game, Andersson and Mangiapane had a goal and two assists, and Johnny Gaudreau got three assists. McDavid finished the night with a goal and three assists, Draisaitl had a goal, two assists, and an own assist, and Hyman had his two goal night. For the sake of their pride, I won’t tell you Smith, Jacob Markstrom, and Mikko Koskinen’s numbers from this game.