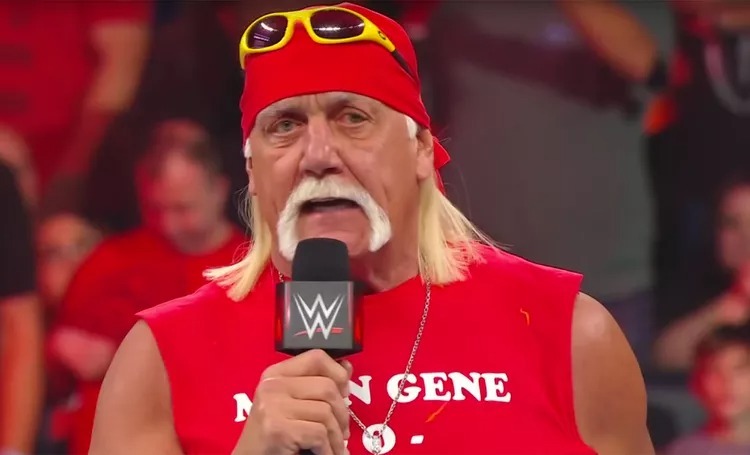 Hulk Hogan is not paralyzed following a recent back surgery, says a rep for the former wrestler.

Hogan, 69, was the topic of conversation during Sunday’s episode of The Kurt Angle Show when host Kurt Angle said that the former wrestling superstar revealed some critical details about his health during the filming of WWE’s Monday Night Raw 30th anniversary episode, which aired Jan. 23.

“Hogan had his back surgery again. He had the nerves cut from his lower body,” Angle said on his podcast. “He can’t feel his lower body. He has to use his cane to walk around. I thought he was using the cane because he has pain in his back. He doesn’t have any pain. He has nothing at all. He can’t feel anything. Now he can’t feel his legs, so he has to walk with a cane, which is pretty serious.”

Hogan, appearing with former manager Jimmy Hart, walked onto the runway and excitedly gestured towards the crowd during the appearance. Hogan did not use a cane during the three-minute segment.

Fellow pro wrestler Kurt Angle has claimed Hogan told him he has lost all feelings in his legs after undergoing back surgery recently.

Speaking on his self-titled program The Kurt Angle Show, he said: “Hogan had his back surgery again.

“I thought he was using the cane because he had pain in his back. He doesn’t have any pain. He has nothing at all. He can’t feel anything.

“So now he can’t feel his legs. So he has to walk with a cane which is, you know, that’s pretty serious, man.

“I mean, I really feel for Hogan. He put his heart and soul into the business and [it] ate him up.

“I mean, if you’re gonna kick off the show, the 30th anniversary of Raw, [it] should be Hulk Hogan.

“He’s the name and face of the company. He’s the guy that revolutionised pro wrestling.
On Monday, Hogan posted a photo of himself on Twitter at a karaoke night at his restaurant, Hogan’s Hangout, in Clearwater Beach, Florida.