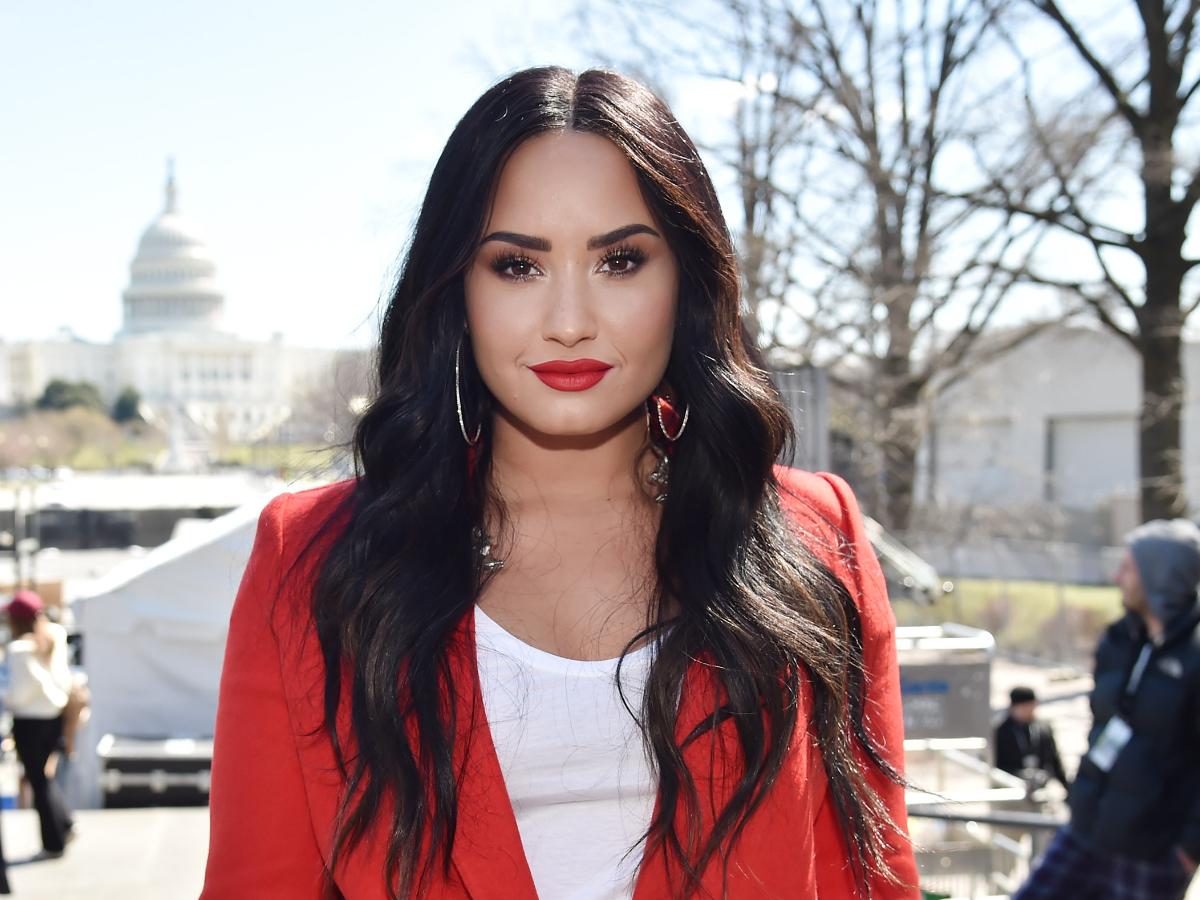 The TikTok account @demisculture used audio of the song to create a video that pointed out the 12-year age gap between Lovato and Valderrama; it also highlighted several of Valderrama’s other relationships.

The video noted that the “That ’70s Show” star dated Mandy Moore when he was 20 and she was 16 and claimed that he was in a relationship with Lindsay Lohan when she was 17 and he was 24. (Lohan was 18 when they went public with their relationship.)

That same video incorrectly said Lovato and Valderrama started dating when she was 17.

In 2015, after celebrating three years of sobriety, Lovato said Valderrama played an important role in her recovery.

“After sharing my ups, putting up with my downs and supporting my recovery… he still never takes credit and I want the world to know how incredible his soul is,” Lovato wrote in a now-deleted Instagram post. “I really wouldn’t be alive today without him…. I love you Wilmer.”

Lovato has not publicly confirmed or denied that “29″ is about Valderrama. In 2020, however, Lovato said she was no longer in contact with her ex, who had recently gotten engaged to model Amanda Pacheco.

“I’m really happy for him and I wish him nothing but the best,” Lovato told Harper’s Bazaar back then, “but we’re not in each other’s lives, haven’t spoken in a long time.”

A representative for Valderrama declined to comment when reached by The Times on Wednesday.

Regardless of who the song is about, people on TikTok are using it to tell personal stories about being groomed by older men and how they were able to escape toxic situations.

User @takeyoutocourt pulled the audio to share her own account of being groomed as a teen by a man who was 12 years older than she was. She posted clips and photos of the two and emphasized how young she was and how glad she was to leave that relationship.

“This song has me sobbing. I’m so thankful we can now stand up and talk against grooming,” she captioned the video. “I’m in my healing journey and getting to the other side.victim for years. 17 would never cross my mind!!! Thank you Demi for writing this song it is so healing.”

“Today’s trauma processing” was how @neko_sheru framed her story of being groomed by a 21-year-old man when she was just 13. She replied to a comment on the video, saying: “I have done a lot of healing and am doing great things,” and added in response to another comment, “It took me many years of therapy to even realize I was the victim.”

“I met my b[f] when I was 15 and he was 21. We started dating when I was 17 and he was 23,” she wrote. “Sometime around 20 him and his friend admitted to me that they only like younger girls bc it’s easier to control them and ‘turn them into the type of gf a guy wants.’”

“Protect your innocence. You’re not an ‘old soul’ or ‘so mature for your age’ there’s a reason he’s not dating someone his own age, don’t let these men manipulate you.”

TikTok videos such as these have garnered millions of views on the app, with the comments sections filled with other users sharing stories of how they have also been victims of grooming.

The full version of the song detailed a relationship built on unequal power dynamics.

“Student and a teacher/ Far from innocent,” Lovato sings. “What the f— consent? / Numbers told you not to / But that didn’t stop you.”

In a recent interview with Apple Music’s Zane Lowe, the “Confident” singer talked about how going to rehab following her 2018 overdose helped process dormant trauma.

“Everything that I write about comes from personal experiences… I had all of this unresolved trauma that I hadn’t dealt with or that I started to deal with in treatment,” Lovato said. “And then when I came out, I was like, ‘It’s OK to be angry and feel those things.’ So when I was making the album, in the first week, I had a lot of anger, and I think it showed in a lot of the songs.”

“And I’m very careful with the way that I answer these questions because I feel like the song says it all,” they said. “I don’t have to say too much, to be honest, but turning 29 was a huge eye-opener for me.

“I would be lying if I said I didn’t have a ton of anxiety about putting out this song,” Lovato added. “I just said, ‘I have to go for this. I have to own my truth.’ Yeah. And I do still walk that line very finely. I’ve learned that sometimes saying less is more.”