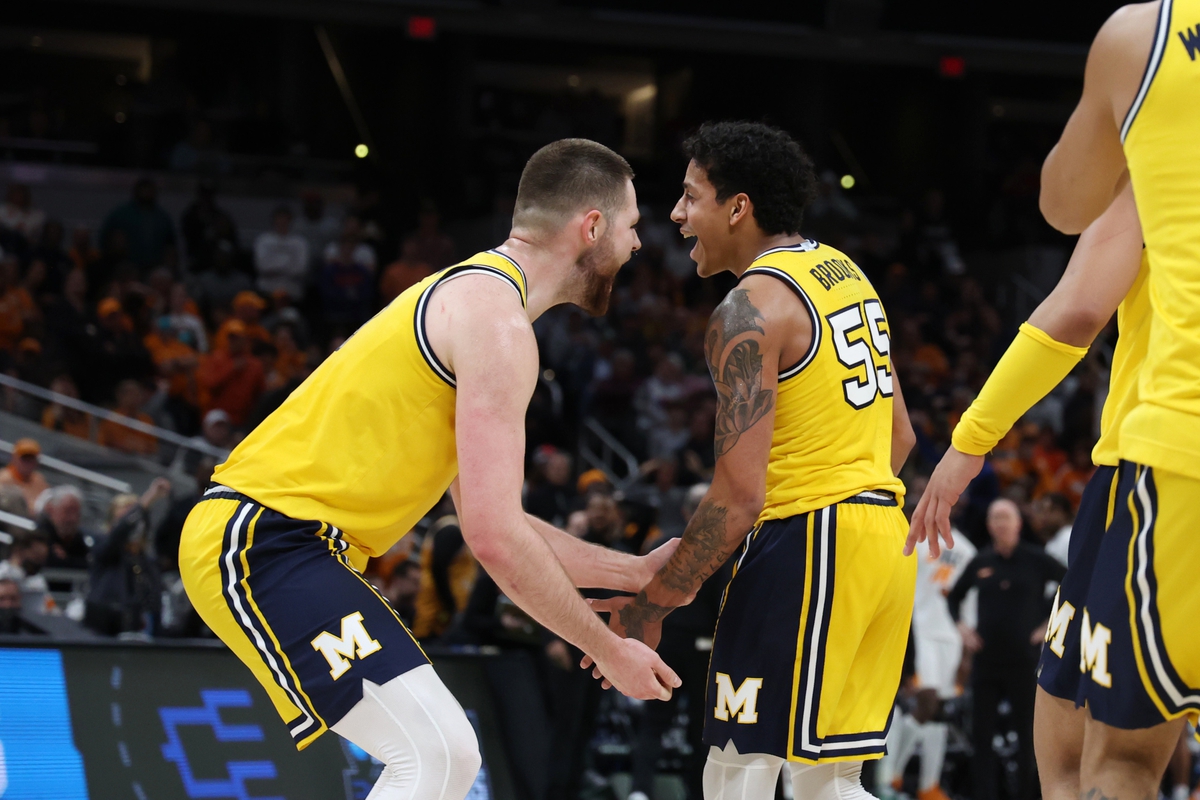 A rematch of the 2018 men’s basketball national championship will take place in the same city. Michigan and Villanova will meet in San Antonio in the NCAA Tournament’s Sweet 16 on Thursday (March 24).

The matchup was finalized once Villanova beat Ohio State on Sunday afternoon, 71-61.

Thursday’s will be played at the AT&T Center, home of the NBA’s Spurs. Tipoff time will be announced later, possibly late Sunday night.

Michigan’s women’s team will play Villanova in Ann Arbor on Monday in the second round of the NCAA Tournament.

The men’s most recent trip to San Antonio was for the Final Four four years ago, when they beat Loyola Chicago before losing to Villanova. Those games, however, were played at The Alamodome.

Michigan is back in the city after an unexpected run. The Wolverines, an 11 seed, are playing in their fifth straight Sweet 16 after beating 6 seed Colorado State 75-63 on Thursday and 3 seed Tennessee 76-68 on Saturday night. Both games were in Indianapolis.

Villanova, a 2 seed playing in Pittsburgh, took down the 7 seed Buckeyes. In the first round, the Wildcats topped 15 seed Delaware 80-60.

Michigan last played the Wildcats seven months after their national title matchup, at Villanova, with the Wolverines dominating 73-46.