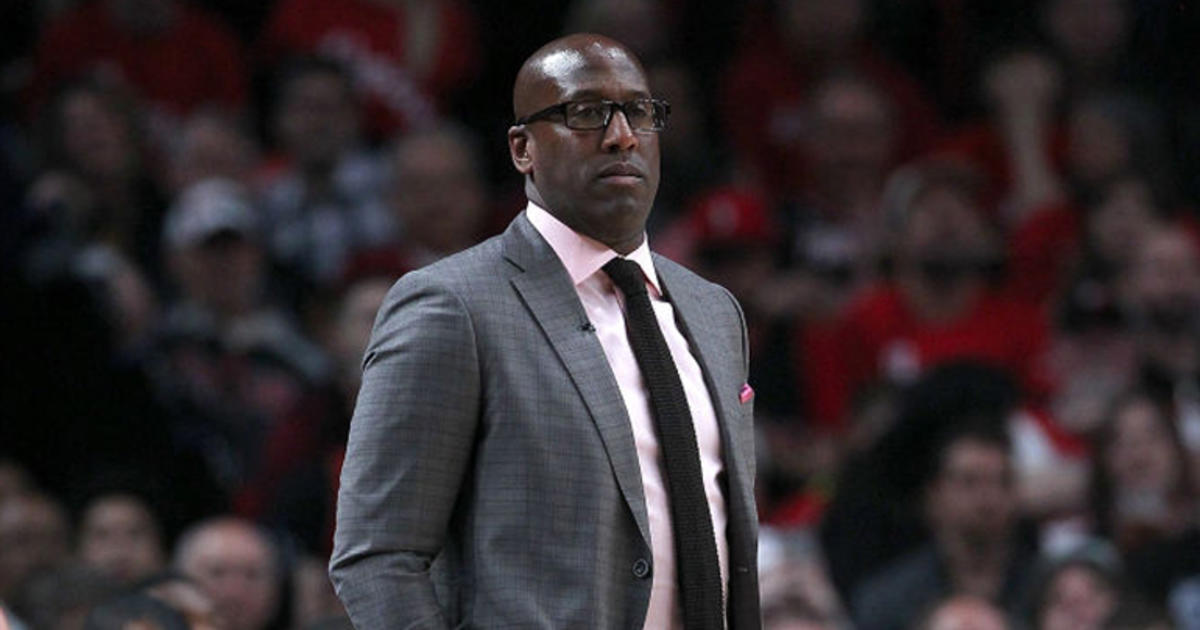 SACRAMENTO — The Sacramento Kings officially announced the hiring of Mike Brown as their new head coach with hopes he can end the NBA’s longest playoff drought ever.

General manager Monte McNair said Monday that Brown was picked to replace interim coach Alvin Gentry. The Kings fired Gentry after a season during which they set an NBA record by missing the playoffs for a 16th straight year.

“Mike has consistently demonstrated his ability to lead winning teams throughout his long and successful coaching career,” McNair said in a statement. “He has worked with some of the best players in the NBA and is one of the league’s premier defensive minds. I am excited to bring his extensive experience to Sacramento.”

Brown currently is an assistant with Golden State and will remain with the Warriors for the rest of their playoff run. Brown previously had two stints as head coach in Cleveland, where he guided the Cavaliers to the NBA Finals in 2007, and had one stint as coach of the Los Angeles Lakers.

“He’s an amazing coach and amazing friend,” Warriors coach Steve Kerr said. “Sacramento made a great choice. I’m so thrilled for Mike and his family. It’s, a loss for us. But this is how it’s supposed to work. You want people who are really talented on your staff who can come in and contribute and have a great experience and hopefully learn and grow at the same time. And then hopefully be able to to advance careers and move on to something that person wants. Mike’s ready to do this again. He’s excited and we’re thrilled for him.”

Brown is the latest former Golden State coach to take over the Kings.

Kings owner Vivek Ranadive took over the franchise in 2013 after being a minority owner with the Warriors and immediately hired Michael Malone off Golden State’s staff as his first head coach.

None of the moves have led to success for the NBA’s worst-performing franchise of the past 16 years.

The Kings have failed to make the playoffs in each of those seasons, setting the record for the longest drought in NBA history. They went 30-52 this past season under Walton and Gentry and their .366 winning percentage was their worst since the 2017-18 season.

Since moving to Sacramento in 1985, the Kings have had only one stretch of success, making the playoffs in all eight seasons under coach Rick Adelman from 1999-2006. Adelman was fired in 2006 and remains the only coach in the Sacramento era to post a winning record in any season.

Brown comes with a strong pedigree, having worked as an assistant under Gregg Popovich in San Antonio and Steve Kerr at Golden State.

He got his first head coaching job in Cleveland in 2005. He helped LeBron James and the Cavaliers make the Finals in his second season before getting swept by the Spurs. He was fired in 2010 after winning 127 games the previous two years but failing to get back to the Finals.

After a year off, Brown replaced Phil Jackson with the Lakers and didn’t have nearly the success he had in Cleveland. The Lakers went 41-25 in his first season and he was fired after starting the next season 1-4.

Brown returned to Cleveland the following season and went 33-49 before getting fired again after one season.

Brown takes over a team that allowed the second-most points in the NBA despite getting a lift on that end of the court from rookie Davion Mitchell.

Point guard De’Aaron Fox was in and out of the lineup, missing 23 games with a variety of injuries. Two-time All-Star Domantas Sabonis arrived in a deadline deal by general manager Monte McNair. Sabonis made a big splash in Sacramento before sitting out the final nine games with a knee injury.

Although McNair has brought some order to the front office, he still hasn’t been able to build a roster capable of contending for a playoff spot.