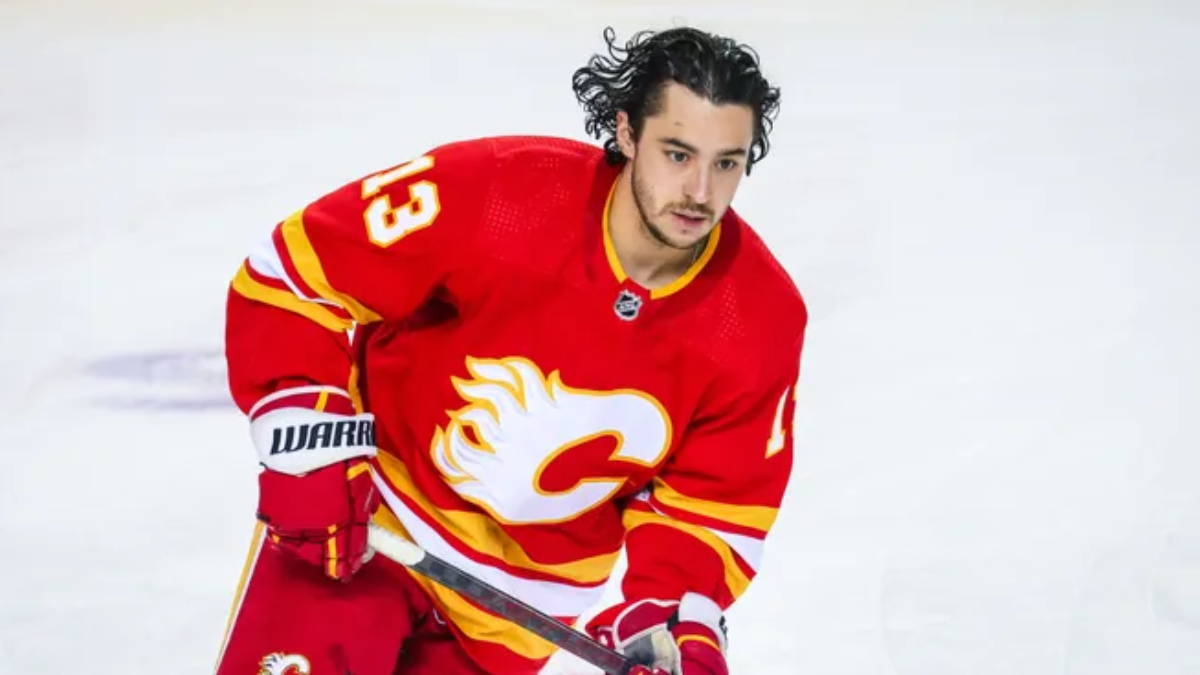 The rest of the offseason will also be busy with Stanley Cup winner Nazem Kadri, John Klingberg, Evan Rodrigues, Phil Kessel and other unrestricted free agents still to sign, restricted free agents to get under contract, salary arbitration cases to be settled and teams needing to make moves to get under the salary cap before the end of training camp. Boston Bruins center Patrice Bergeron needs to decide if he’ll return for another season, and the San Jose Sharks need to hire a coach.

Follow along for news and analysis from NHL offseason moves:

It had become clear in recent days that Matthew Tkachuk’s time in Calgary was nearing its end. That became official Friday night as the talented young winger was traded to the Florida Panthers along with a conditional 2025 pick for forward Jonathan Huberdeau, defenseman MacKenzie Weegar, prospect Cole Schwindt and a first-round pick in 2025.

It’s a fairly stunning trade all the way around.

Tkachuk, 24, and Huberdeau, 29, both recorded over 100 points this past season. Huberdeau, in fact, trailed only Connor McDavid for most points in the NHL, tied with former Calgary star Johnny Gaudreau at 115. Weegar, 28, has been a dependable – and underrated – player for the Panthers for years.

Huberdeau and Weegar both have one year left on their deals. Tkachuk has agreed to a new eight-year deal with the Panthers, reportedly for $76 million (a $9.5 million AAV).

For the Flames, getting players as talented as Huberdeau and Weegar should help salvage what has been a brutal offseason after Gaudreau walked and Tkachuk made clear he wanted out. The Panthers lose two key pieces from the NHL’s best regular-season team last year but gain a young star in his prime and perhaps alleviated even more future salary cap headaches.

He’ll average $8.7 million in the four-year deal. Laine, 24, scored 56 points in 56 games last season, and getting him re-signed was a priority, especially after they added star Johnny Gaudreau ($9.7 million cap hit) in free agency. Laine and Gaudreau could end up as linemates. The Blue Jackets traded forward Oliver Bjorkstrand ($5.4 million average salary), their leading goal scorer last season, to the Seattle Kraken to help their cap situation.

Also: The Jets re-signed forward Pierre-Luc Dubois for one year at $6 million, nearly doubling his salary. He’ll be a restricted free agent again next summer.

The former Hurricane gets a two-year, $8 million contract. It’s a smart move by the Predators, who had re-signed Filip Forsberg and traded for Ryan McDonagh. Niederreiter scored 24 goals in a third line role and has five other 20-goal seasons. He scored 39 of his 44 points at even strength. The Predators ranked 16th in even strength goals.

Also: The Penguins and forward Kasperi Kaspanen reached a two-year, $6.4 million contract, avoiding arbitration. His cap hit is the same as last season, when he struggled and scored only 11 goals.

The Athletic reported that Tkachuk told the Flames that he wouldn’t sign a long-term deal and the team is likely to trade him soon rather than lose him for nothing next summer as they did with Johnny Gaudreau. The website also said that Tkachuk provided a list of teams where he would be willing to sign a long-term contract. Among them: the St. Louis Blues, where his father, Keith, used to play.

He’ll average $3.4 million and avoids arbitration. Vanecek was acquired from the Capitals at the draft and will get a raise from $750,000 and will make more than Devils goalie Mackenzie Blackwood ($2.8 million), who can become a restricted free agent next season.

The move prevents a team from making an offer sheet to the rugged winger, who topped 40 goals and 100 points for the first time in his career. Ideally, the Flames would like to get Tkachuk signed long-term before his Aug. 11 hearing because a ruling would be for one year and he’s eligible to become a UFA next summer. They lost Gaudreau for nothing and don’t want the same to happen with Tkachuk. The Flames could end up trading him. Calgary players Andrew Mangiapane and Oliver Kylington filed for arbitration.